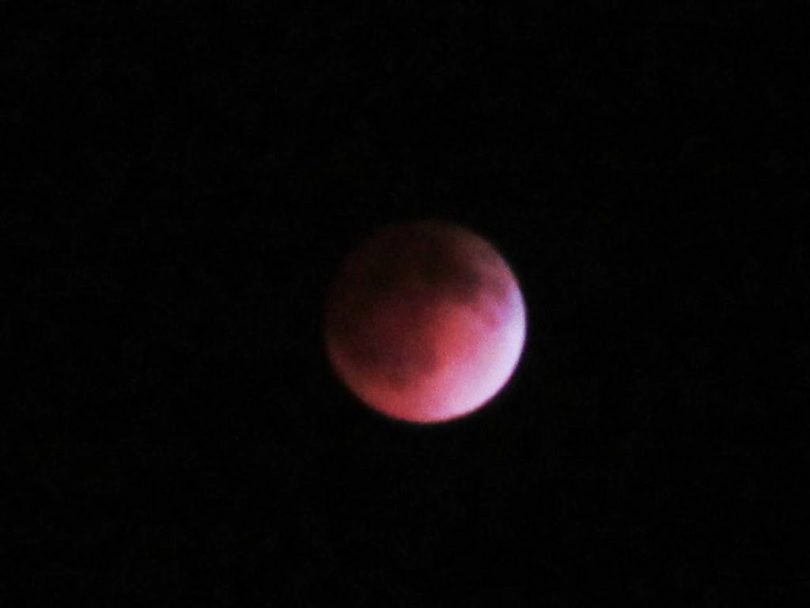 On April 14th at midnight, the Earth cast its shadow over the moon. The result is called a “Blood Moon,” and it turns the moon a pretty red color. The color changes because the sunlight must pass through the Earth’s atmosphere as is scattered into longer wavelengths before it reaches the moon. This is a full lunar eclipse where the Earth comes exactly between the sun and the moon. This particular Blood Moon never got all that red. As the shadow crept over the moon, it stayed very white. When the eclipse reached totality at 1:00 am, the moon turned sort of a suede color. It was almost impossible to photograph or video, but the shadow made the moon look very much like a sphere rather than the white disk we usually see. The other thing that was interesting was watching the stars come out as the night sky grew darker due to the eclipse.

In honor of the occasion, we stayed up late with friends and watched through our telescopes and binoculars. We celebrated with Moon Pies, Starburst, hot chocolate, queso, and other treats. The moon put on a really beautiful show, which lasted until around 2:30 am in the morning (we didn’t stay up for the entire thing).

This was a great addition to our solar eclipse, partial lunar eclipse, and transit of venus experiences.