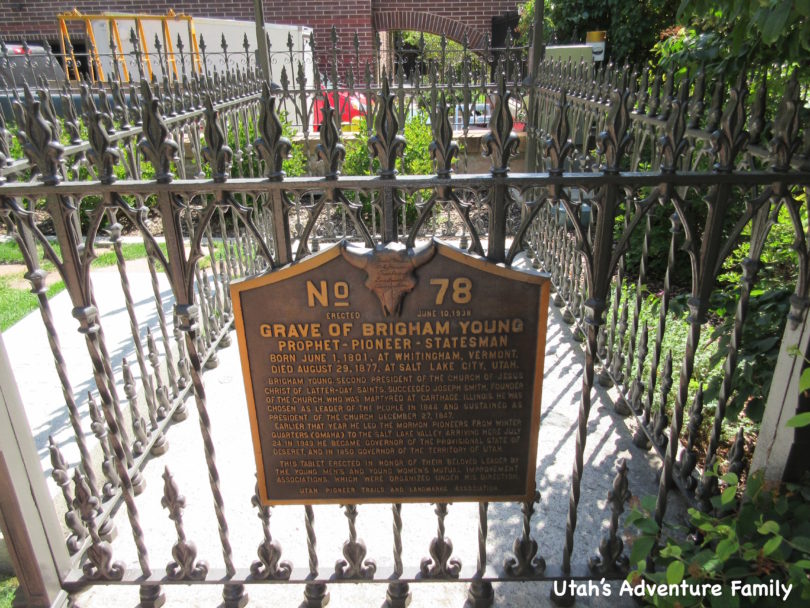 Do you know where Utah founder Brigham Young is buried? We didn’t. Then on our tour of downtown Salt Lake we were shown a small historical park where his grave marker and others in his family can be viewed. Brigham Young’s Grave is just a short walk from Temple Square.

Officially known as Mormon Pioneer Memorial Monument, the Brigham Young gravesite is like a tiny oasis nestled between buildings on First Avenue in Salt Lake. The memorial is open to the public, and takes about 20 minutes to walk through. 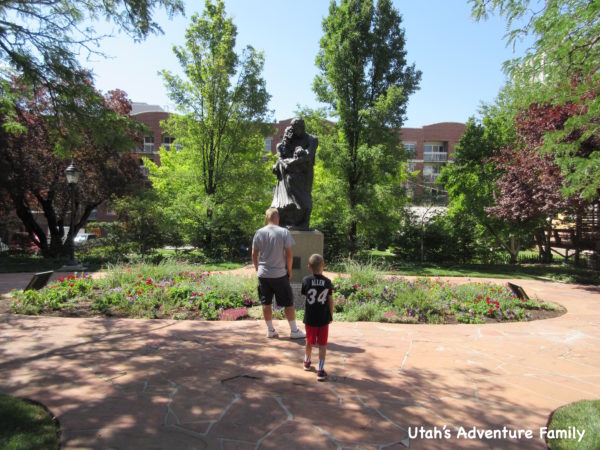 The small memorial is peaceful and shady!

The gate to the Memorial is located at 140 E First Avenue. The top tier of the garden is a memorial with four plaques dedicated to the Mormon Pioneers. It only takes a few minutes to walk around and read the plaques, two of which are dedicated to well-known LDS hymns. 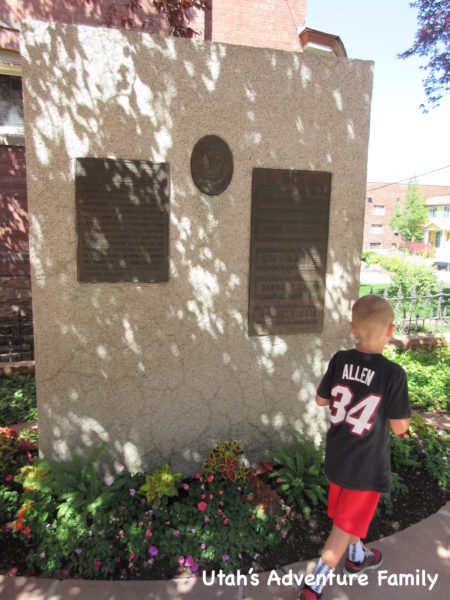 This memorial is to W.W. Phelps and his hymn Come, Come, Ye Saints. There is another plaque for Eliza R. Snow on the other side.

The lower level of the garden focuses on Brigham Young. In the far southeast corner an iron fence surrounds his grave. Other famous early Saints are buried here as well. In the center of the park is a bust of the prophet, and there is a statue of Brigham on a bench with his children as well. 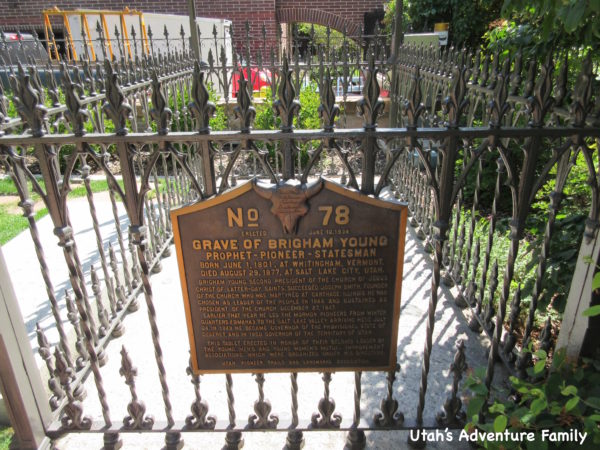 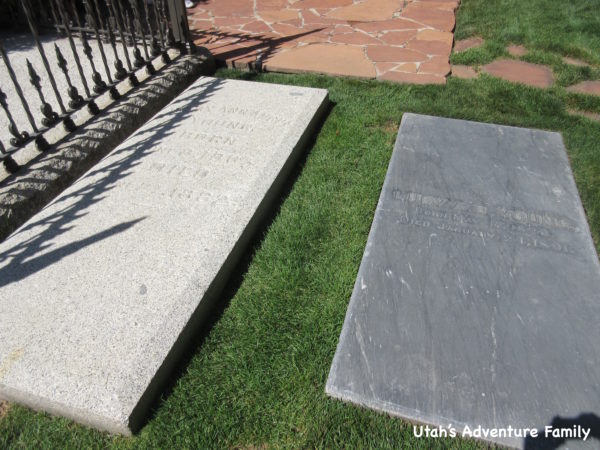 There are several others buried here including Eliza R. Snow, and Joseph Young. 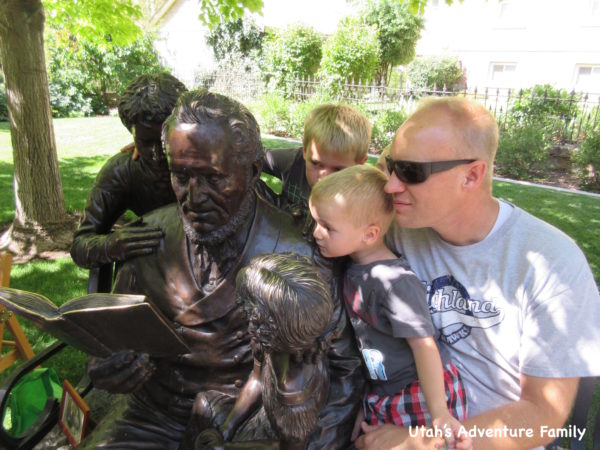 We liked sitting on the bench with Brigham Young’s Statue.

It doesn’t take long to visit the Mormon Pioneer Memorial Monument, but it is worth the stop on your tour of Church History sites. If you stop at Temple Square, take the quick walk to check out this less visited memorial. 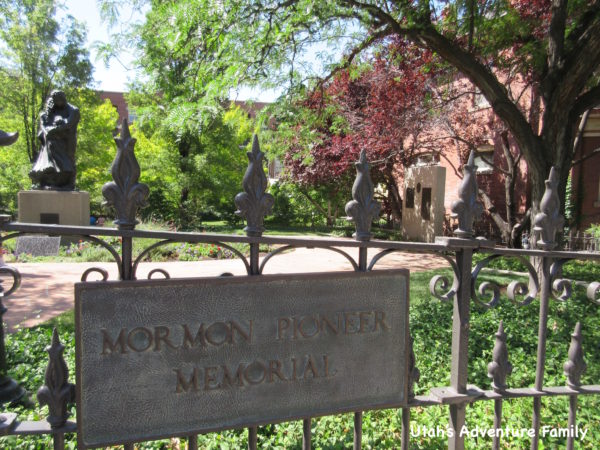 Watch for this sign next to the gate so you know you are in the right spot.