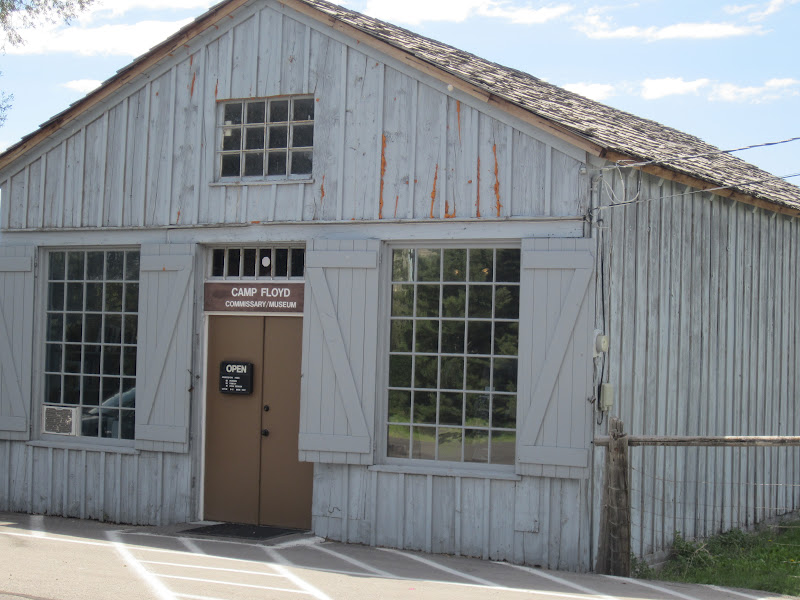 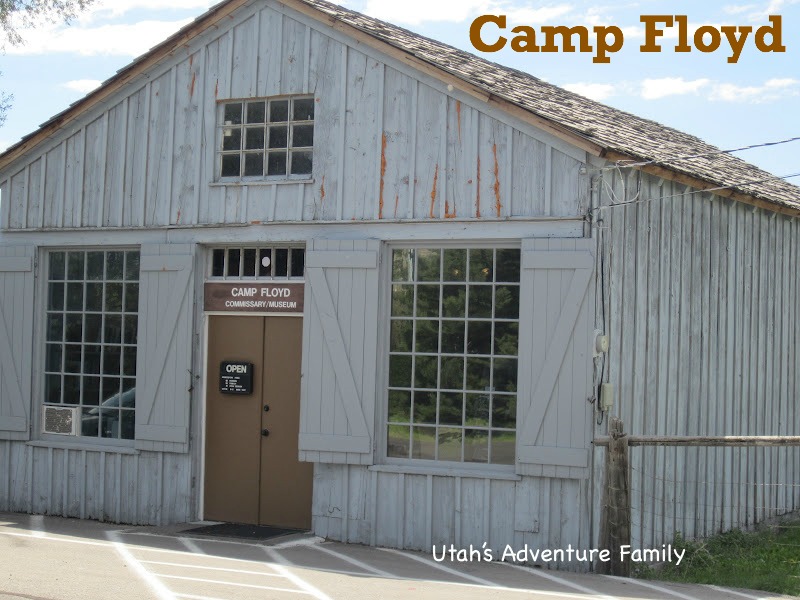 Camp Floyd State Park was our latest adventure. There is a lot of history behind this park, which I’ll try to summarize in a short paragraph for you.

In the 1850s, President Buchanan was very worried about the “Mormon Rebellion” taking place in Utah. He sent an army out west to crush the rebellion. Brigham Young made it really difficult for the army to get to Utah by setting forest fires, burning Fort Bridger and Fort Supply, and tricking the US Army into believing thousands of men were camped in the canyon (only a few boys tended fires). Finally, the army agreed not to camp in the Salt Lake Valley or touch anything the saints owned if they could just come into the Territory. The entire army marched down Main Street in Salt Lake City, past the cornerstones of the temple (which were buried) and into Cedar Valley west of Lehi. (Meanwhile, Brigham Young had abandoned the valley, leaving only a few men with torches and instructions to burn everything if the soldiers stopped in Salt Lake). Camp Floyd is where the army encampment cropped up overnight. 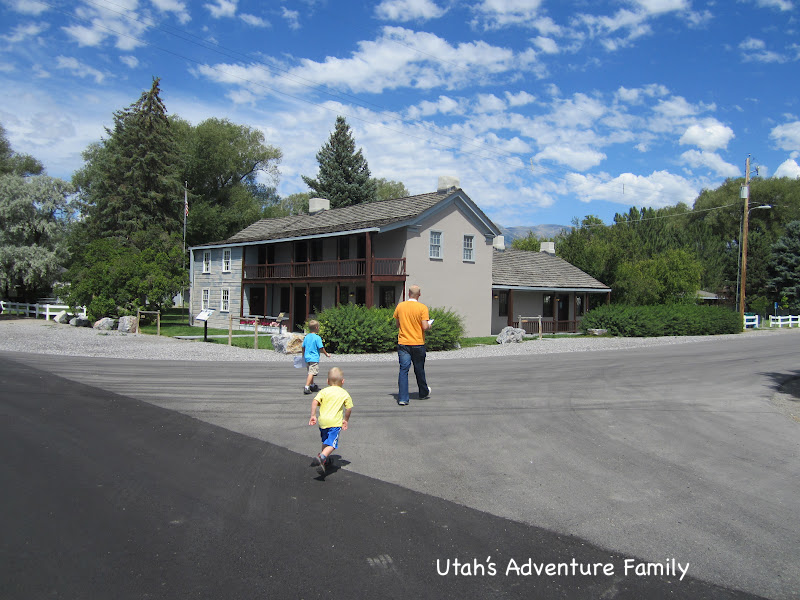 At Camp Floyd today, you can still see the Stagecoach Inn, which was a stop on the Pony Express route. You can tour the inn which is much like seeing Brigham’s house or other pioneer sites. Across the street is the museum. It’s small, but there are many well preserved items. This is also where you pay the nominal fee ($6 for families, or $2 per adult and $1 per child). 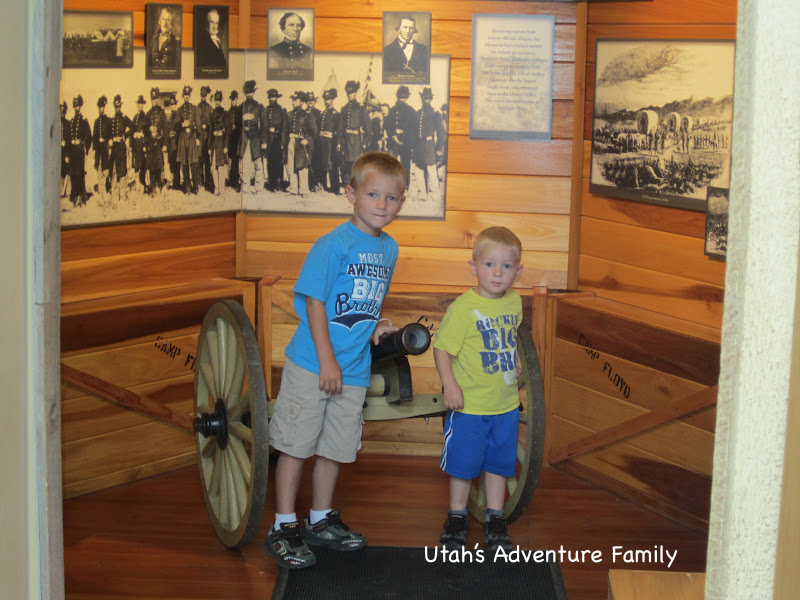 By far, the boys’ favorite item in the museum–the cannon! 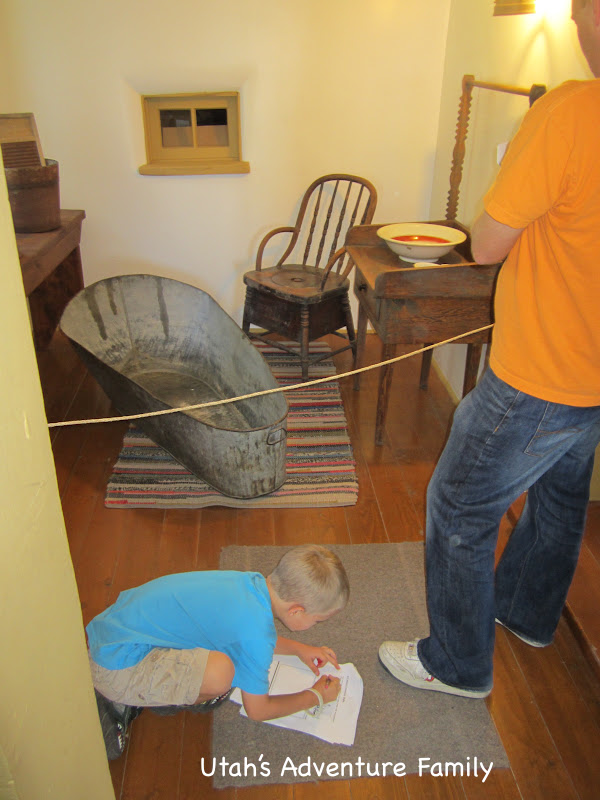 Don’t forget to ask for a Junior Ranger packet. 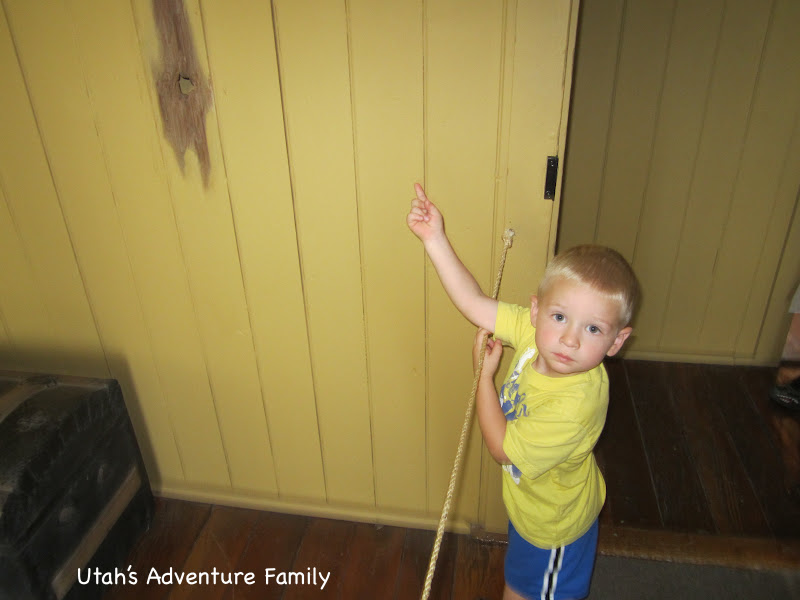 This is a great place to take a picnic. After seeing the buildings, we had a picnic at the park under the tree that has been here for 150 years. Also, be sure to go around the block to the south and drive past the old school house built in 1898 (it will be locked, though). There’s also a cemetery, but we didn’t make it there. 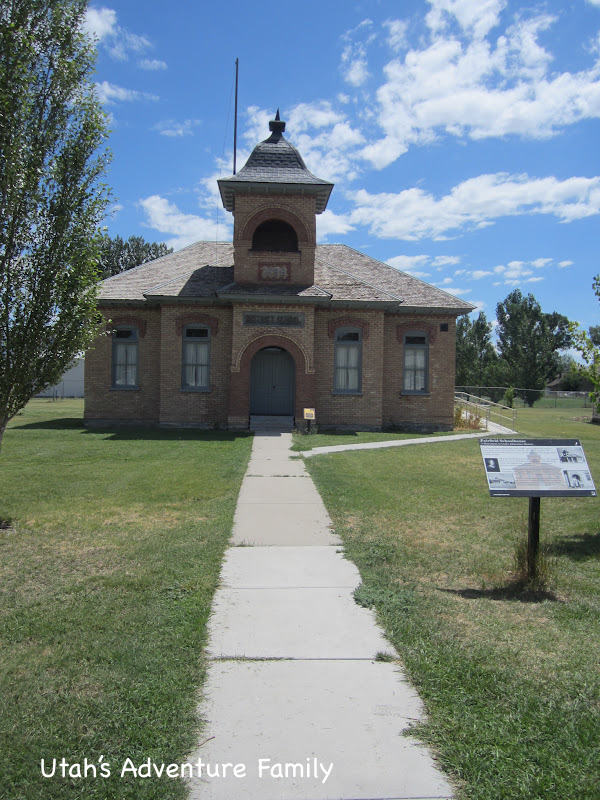 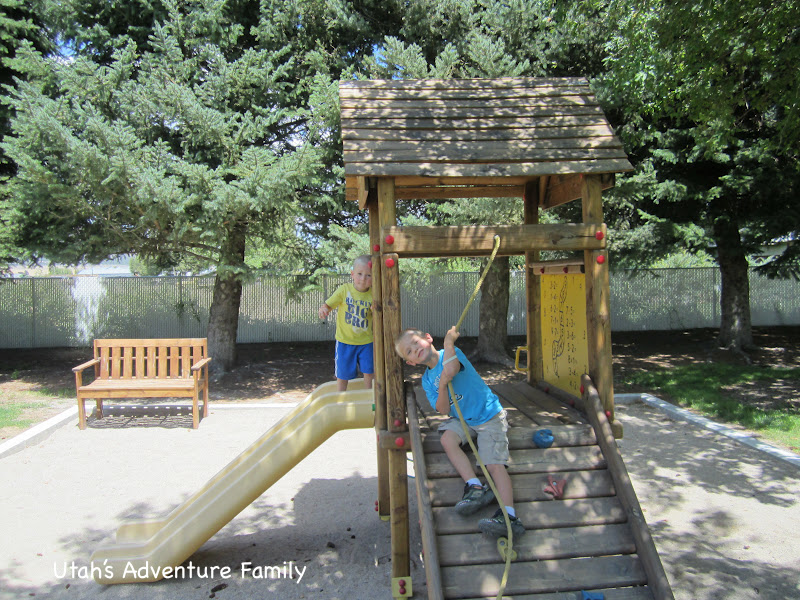 There is a small playground near the picnic tables. 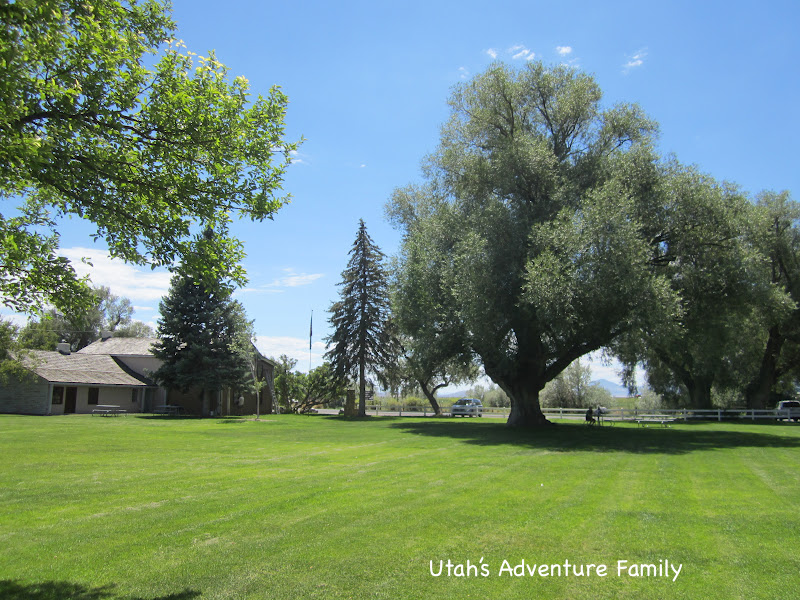 That huge tree is 150 years old. You can also see the Inn on the left.

To get to Camp Floyd go west past Eagle Mountain about 10 miles to the small town of Fairfield. There are signs on the highway.

One tip before you go: Print the Junior Ranger booklet and complete the word search, maze, and dot-to-dot before you get to the park. That leaves the question page, letter, and scavenger hunt to complete at the park.