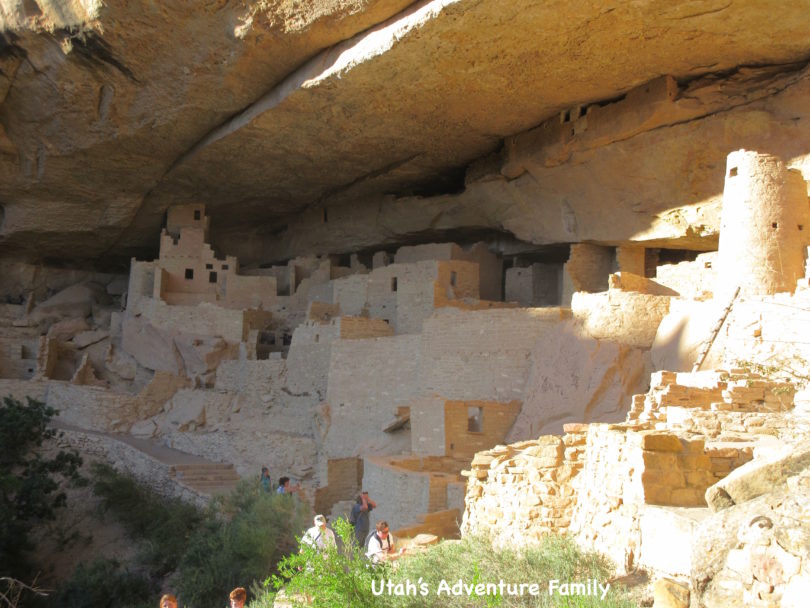 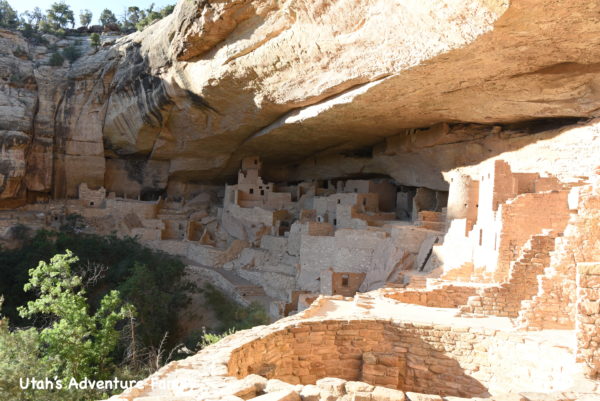 Cliff Palace is everyone’s favorite site at Mesa Verde. Tickets are required for the 1 hour tour, so make sure to purchase a ticket at the Visitor’s Center. Tickets cost around $4 per person, and our four year-old easily did this hike, as did 56 year-old grandma.

The hike starts an hour away from the Visitor’s Center, so don’t get tickets too close to your purchase time. It says it is 23 miles, and you might think you’ll go faster, but Mesa Verde is twisty and steep and windy, and it will take you closer to an hour than 45 minutes. There is a shaded pavilion at the trailhead if you arrive early, and we watched lizards and chipmunks in the low shrubby trees. 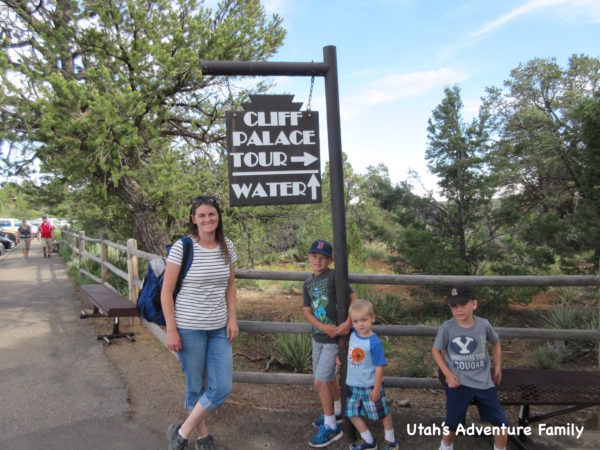 They make a huge deal about having lots of water because you will be in the sun, so come prepared with lots of water!!

Hike down to the overlook for Cliff Palace even if you aren’t going on the tour. You can see this spectacular ruin built into a grotto under the cliff face. The tour starts here and leads fairly steeply down to the level of the structures. The ranger will stop and talk to you several times before you reach the buildings about what scientists have found and what the modern descendants of the ancient Puebloans believe about these structures. 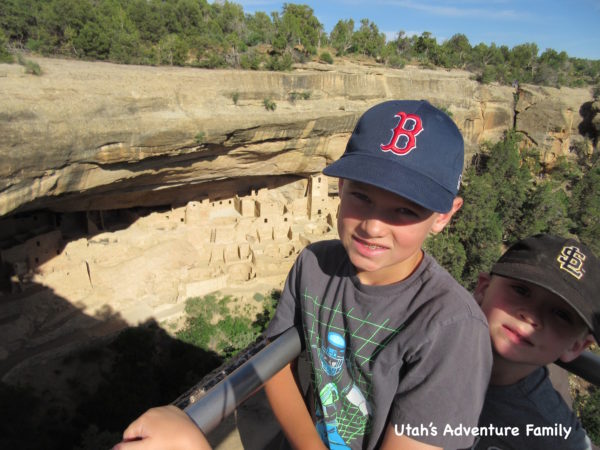 You can get a great look at the Cliff Palace from the overlook. 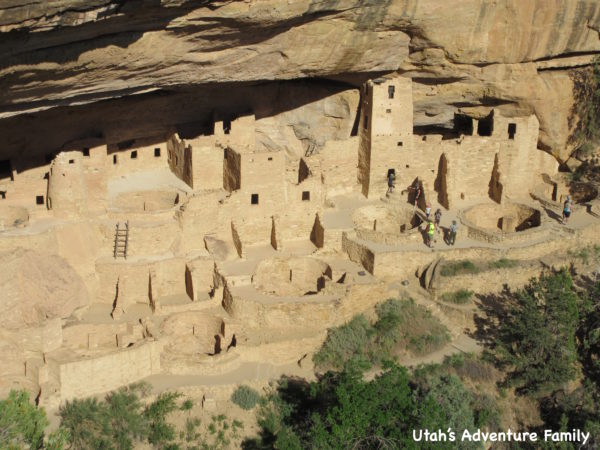 When you take the tour, you get to walk down into these amazing ruins. 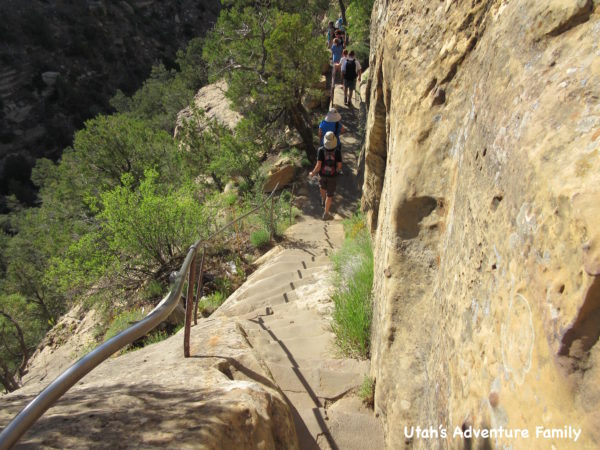 There are quite a few stairs down to the Cliff Palace. 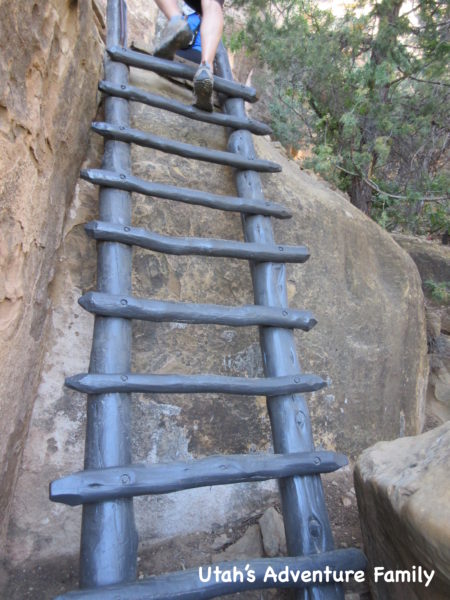 You also have to climb a few ladders to get in and out of the ruins. 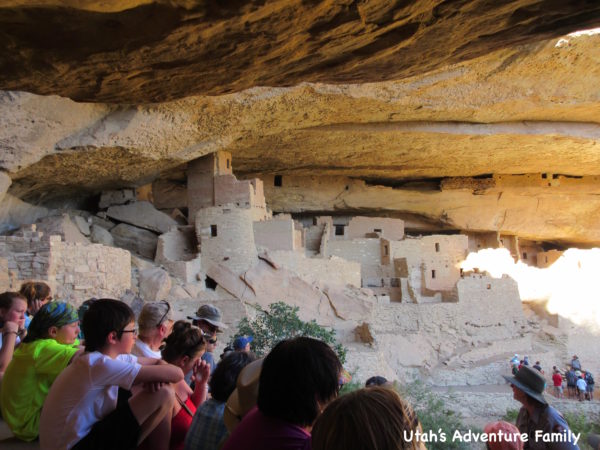 The ranger will have you sit next to the ruins and explain all about them.

Then you are allowed to walk adjacent in front of the ruin. The walls are very straight and built right into the cliff side. There are windows and doors and even original wood in the structures. You can look through one window (don’t touch the stone, though) and see a red painted decoration on the interior plaster. You can tell that the buildings would’ve been even more beautiful in there day. High above in the top of the grotto are some seemingly inaccessible little buildings that were used to store grain and our guide said their were thousands of corn cobs inside. 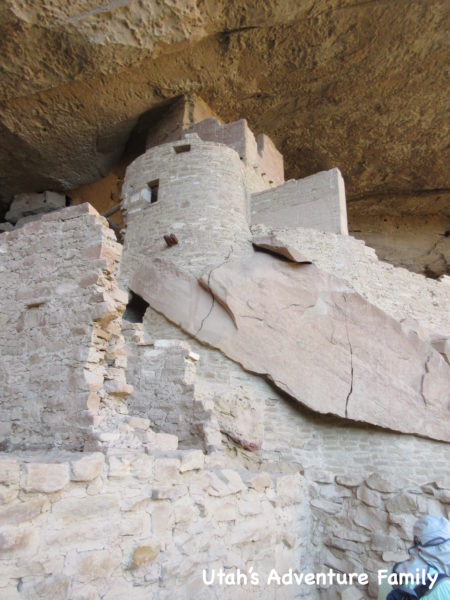 The ruins are built right into the cliff side. They are amazing! 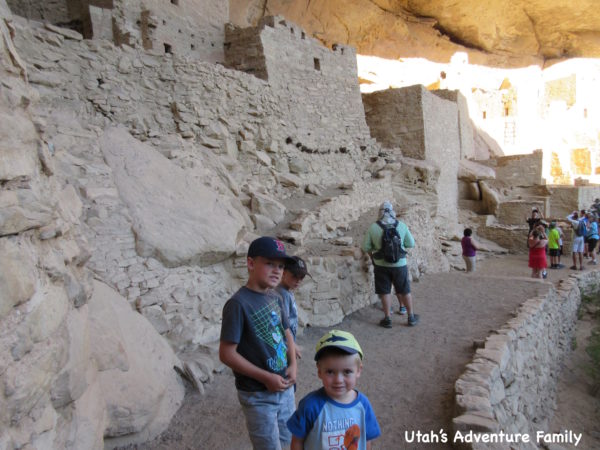 In the mornings, Cliff Palace is in the sun, but it’s nice and shady toward evening. 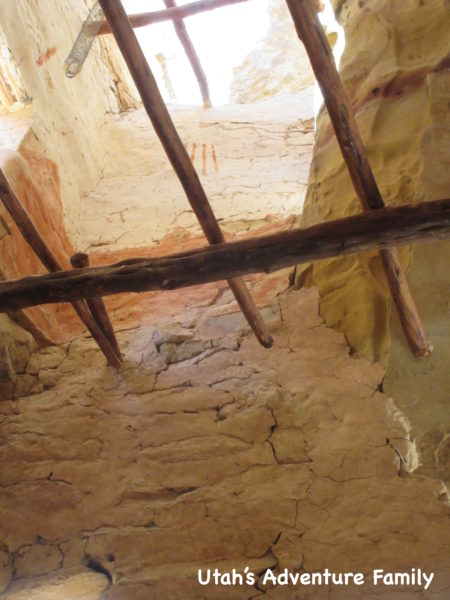 You can look into one window and see the colors that still remain. I wonder if the entire Cliff Palace was once full of color. 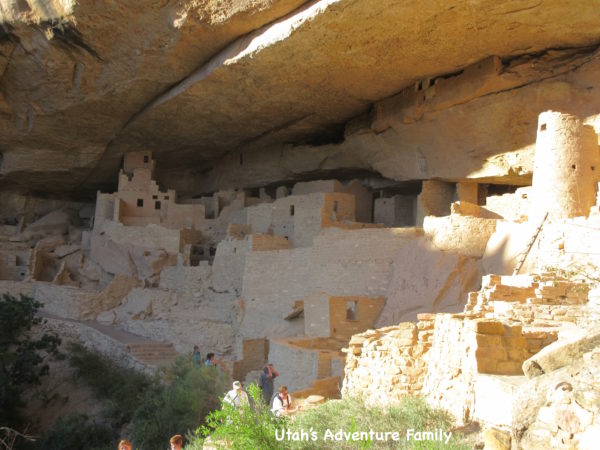 I can’t imagine living in such a place, but they definitely impress me. 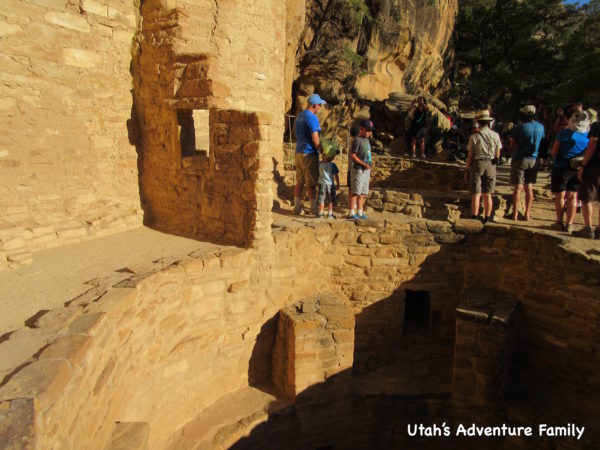 There is one large kiva where our ranger spoke with us a little more.

The climb out of Cliff Palace is a little more difficult. There are several short ladders leading out, but they are sturdy and hug the cliff, so there isn’t much danger of falling like at Balcony House. Cliff Palace is an amazing structure at Mesa Verde that everyone who is able should do when they arrive. You can purchase tickets at the Visitor’s Center up to one day in advance of the tour. 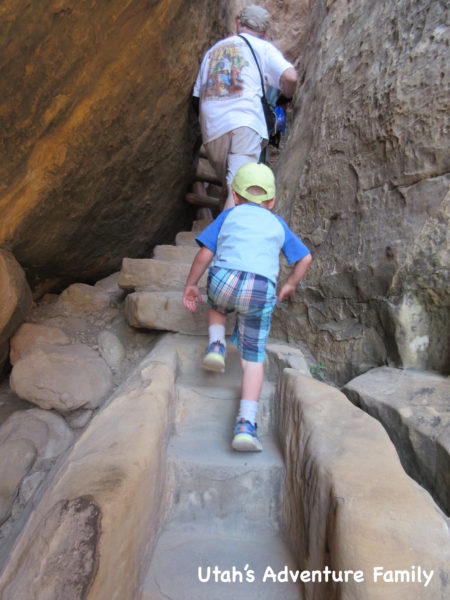 Climbing out of Cliff Palace is a little tricky, but our 4 year-old did it no problem. 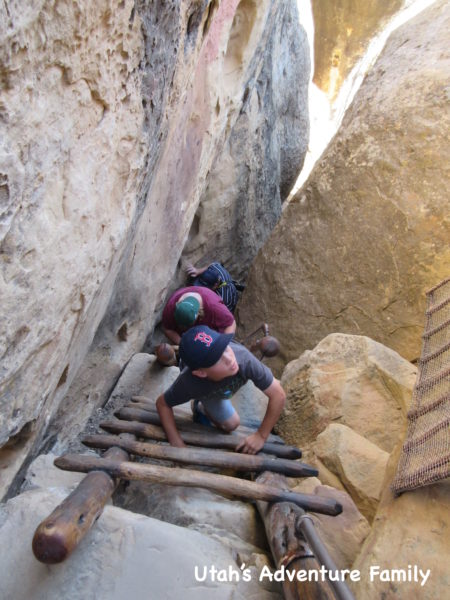 After the stairs, there are about 3 or 4 ladders to climb. It’s worth it!