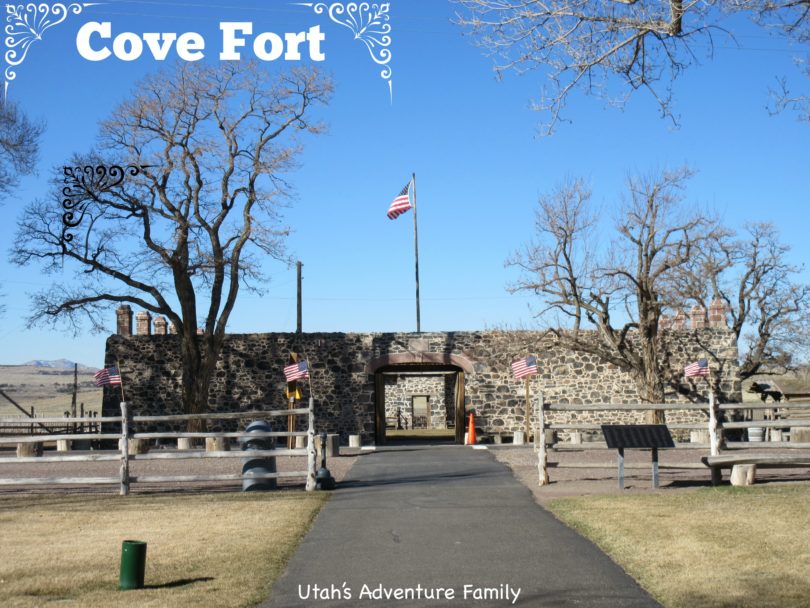 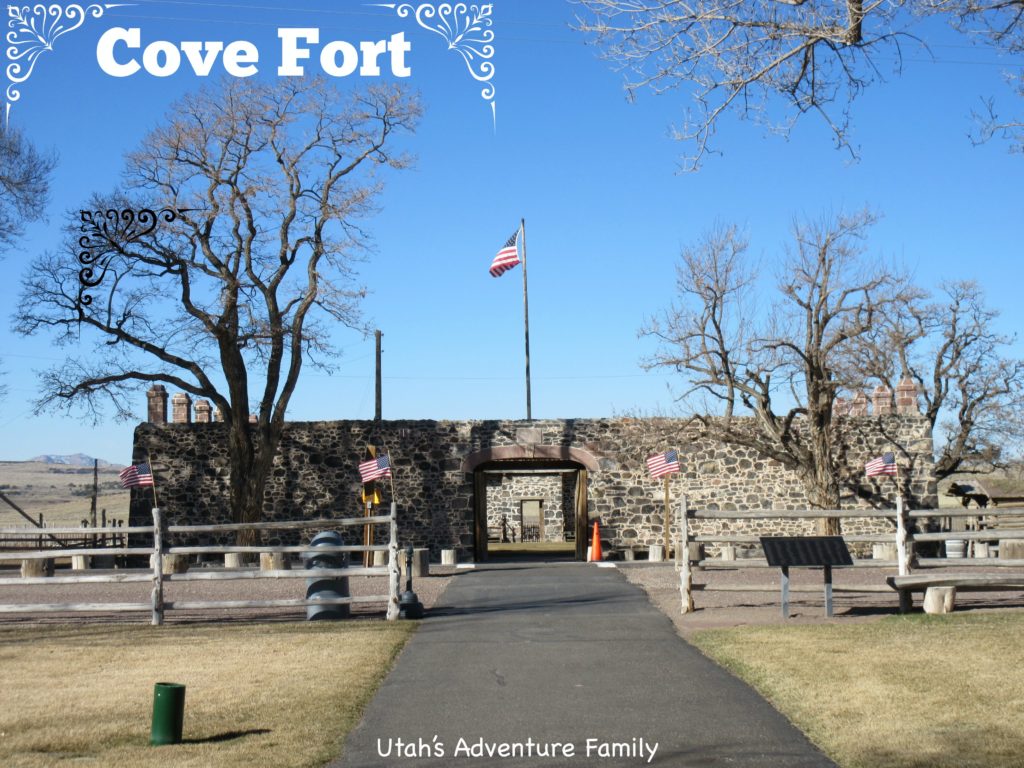 Cove Fort is located at the junction of the 1-15 and the 1-70. Cove Fort was constructed as a protection for travelers from the Native Americans, as well as a telegraph office, post office, and inn. In 1867, Brigham Young asked Ira Hinckley (President Gordon B. Hinckley’s grandfather) to construct a fort along the Old Spanish Trail. Ira moved his family to Cove Fort where they lived for many years. There was never a shot fired at Cove Fort and the residents actually had great relations with the Native Americans.

When you visit Cove Fort today, there are LDS missionaries who take you on a tour of the fort. You begin by watching a short film in the cabin that Ira Hinckley had built in Coalville and where he planned to raise his family. It was moved to the property when the area was restored. 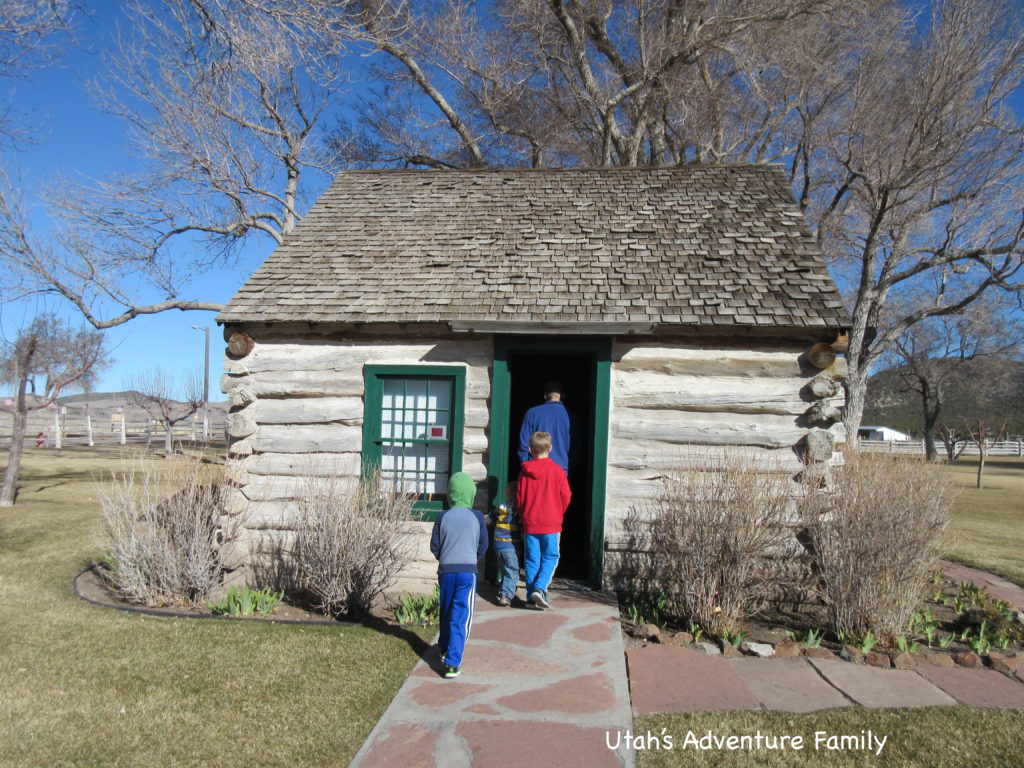 This is Ira Hinckley’s cabin from Coalville Utah. It was moved here when Cove Fort was restored. 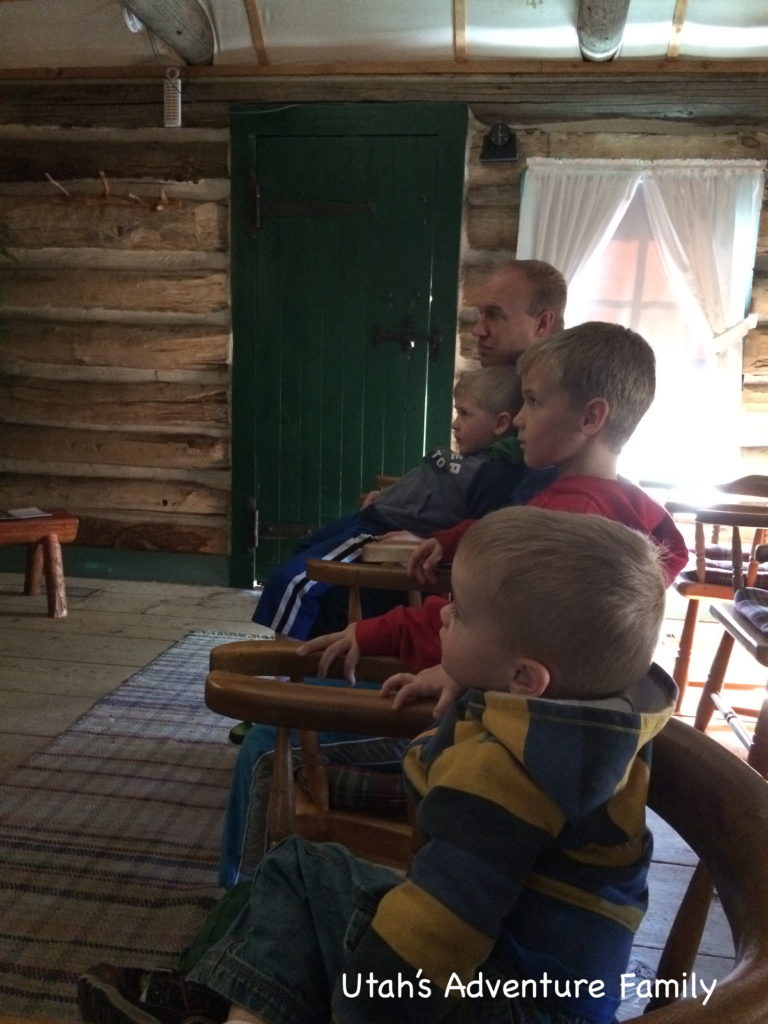 We enjoyed the video inside the Hinckley cabin.

After the film which gives background on the fort, you enter the fort and make your way through the different rooms. There are 12 rooms (6 on the north and 6 on the south). The rooms on the south are mostly working rooms. There is one for the post office, one for the telegraph, a large kitchen, a sewing room, and a laundry room. There is also a small bedroom for the children. One the north side of the fort, there are rooms for people who came to visit the fort and bedrooms for the family who lived there. There are tons of pioneer artifacts to view, and our tour guide gave us lots of interesting facts about the way that pioneers lived. 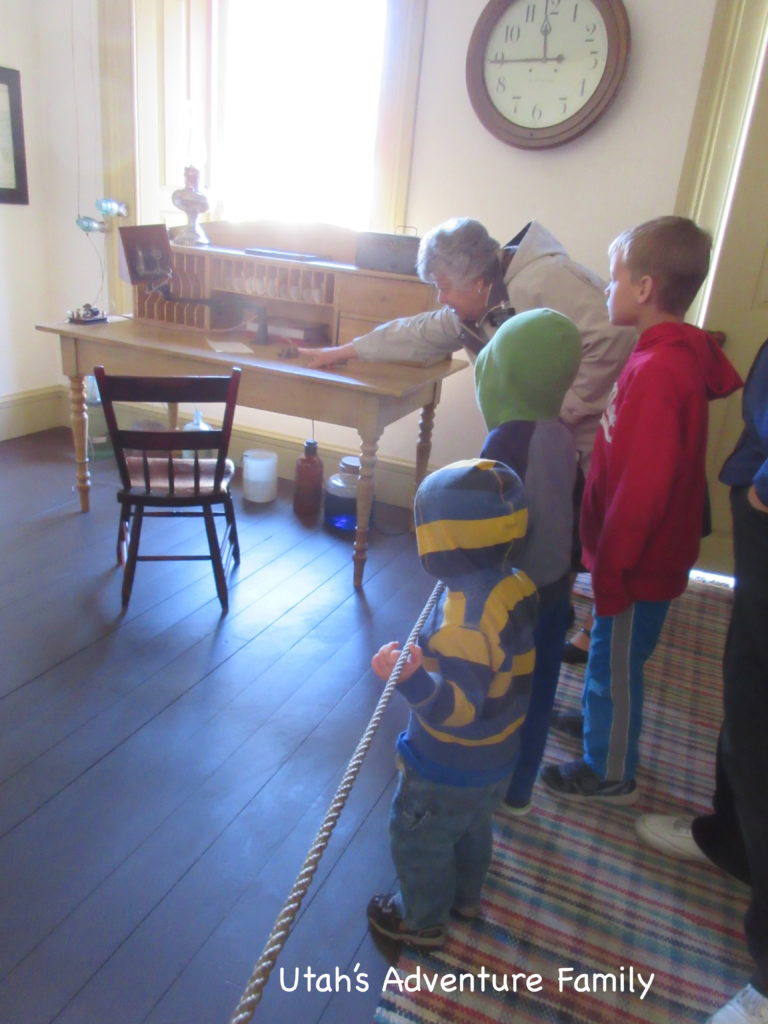 The telegraph room. See those jars under the table–they’re homemade batteries for power. 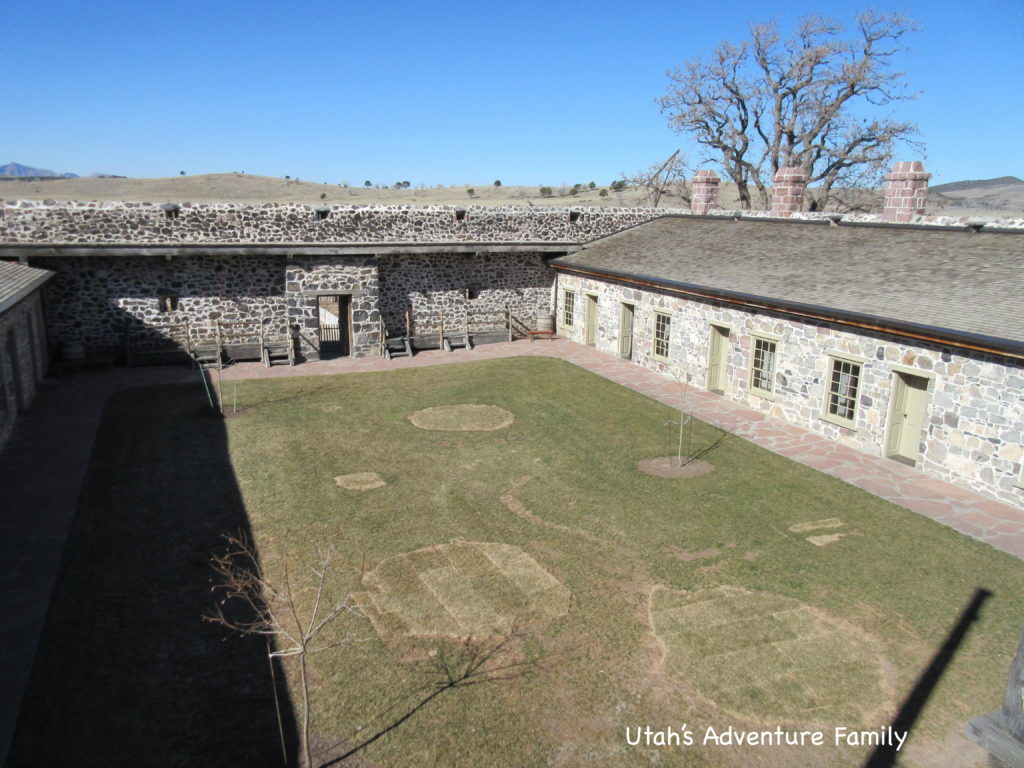 Cove Fort has a large grassy area in the middle with the fort built around in a square. 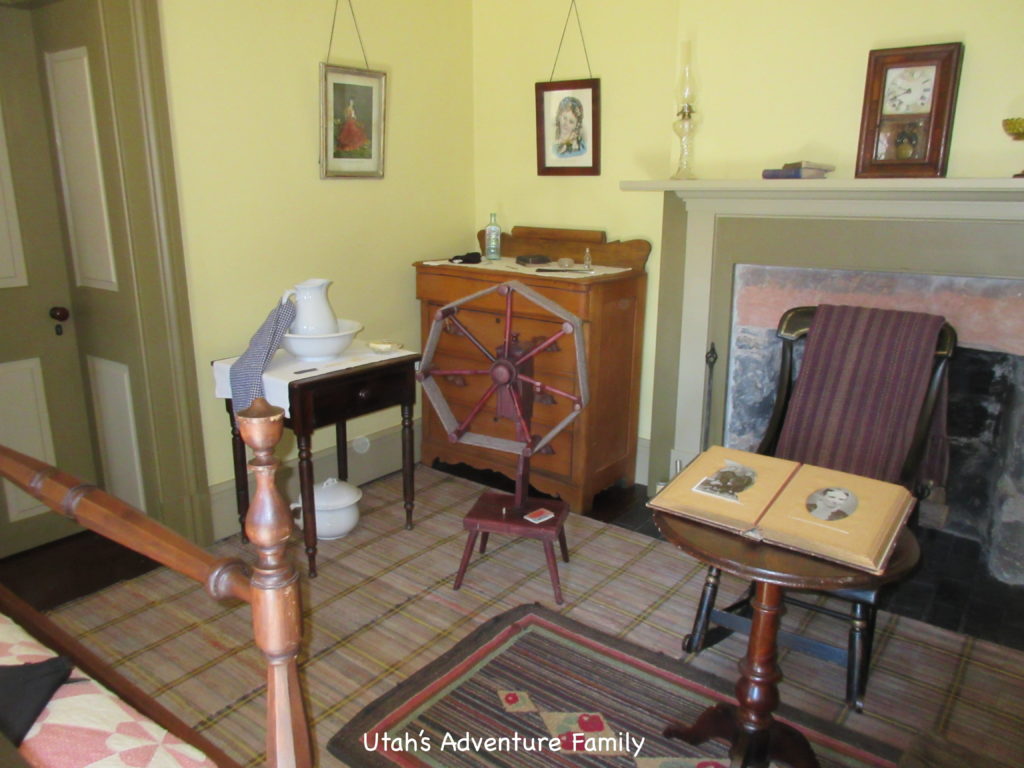 There are always interesting facts to learn about the pioneers. See that circular “weasel” in the middle of the room? They used it to make a skein of yarn and it went pop after 30 rotations, hence the song, “Pop Goes the Weasel.” 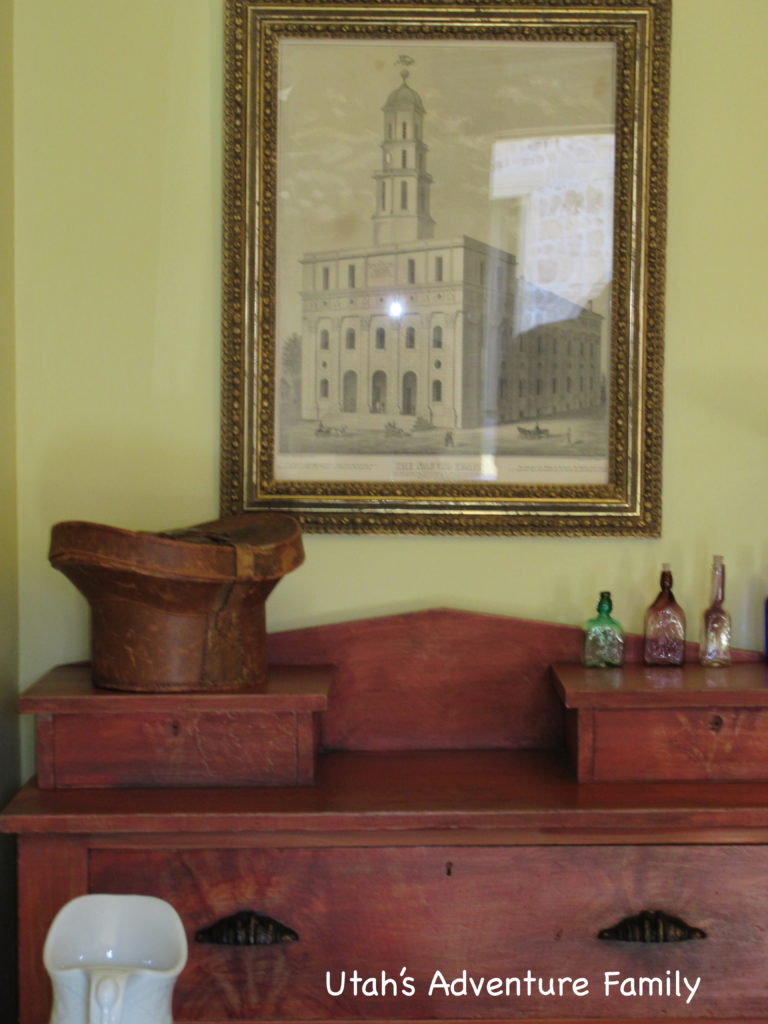 We loved the hat box in this room. 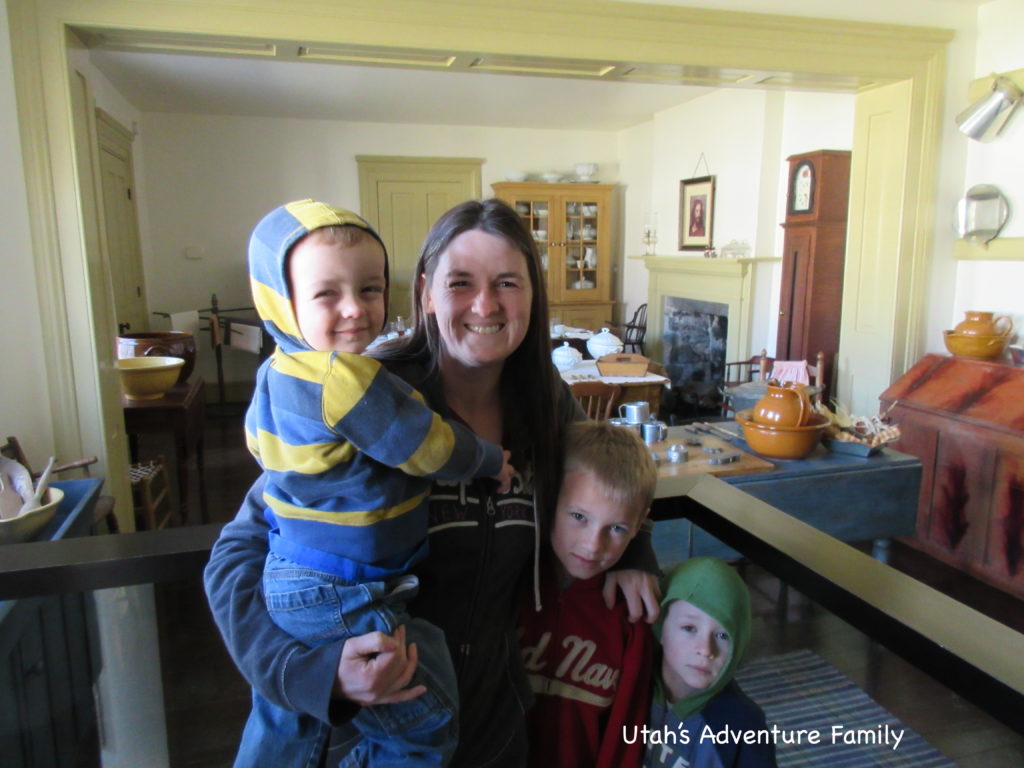 The kitchen is the biggest room in the fort because they often fed large crowds.

You will also get a chance to climb up on the battlement and look through the “windows,” which were actually places to shoot your rifles. This was our boys favorite part. They like to pretend to be soldiers, not pioneers. 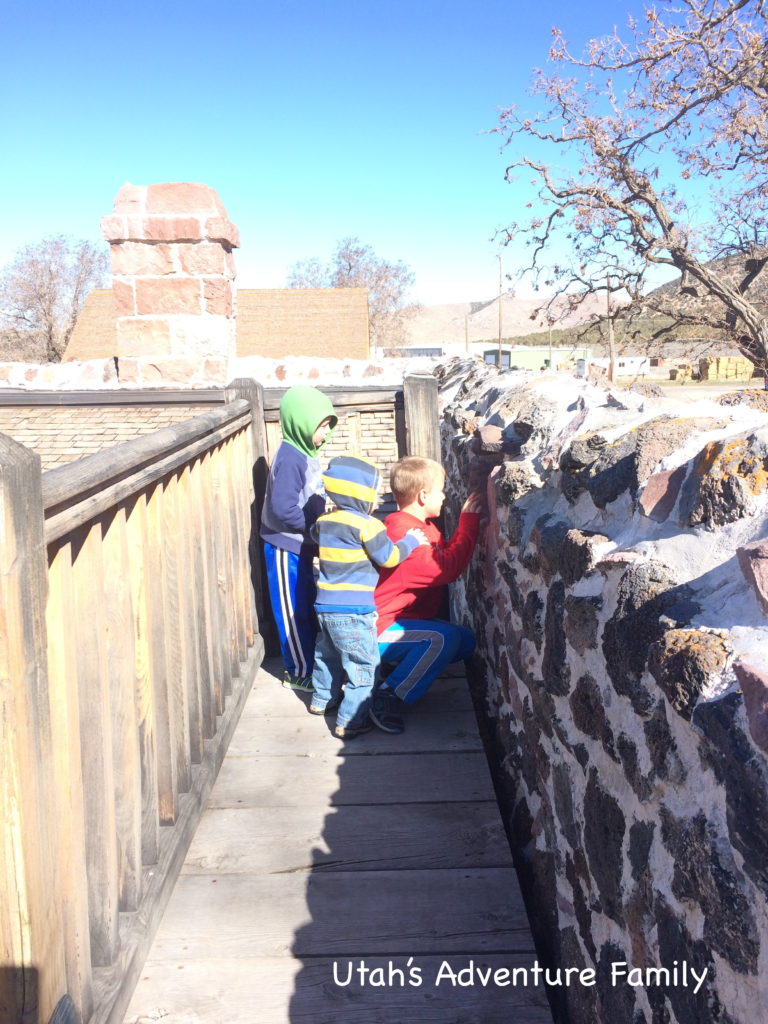 This was definitely the boys favorite part! Climbing up to the top of Cove Fort. 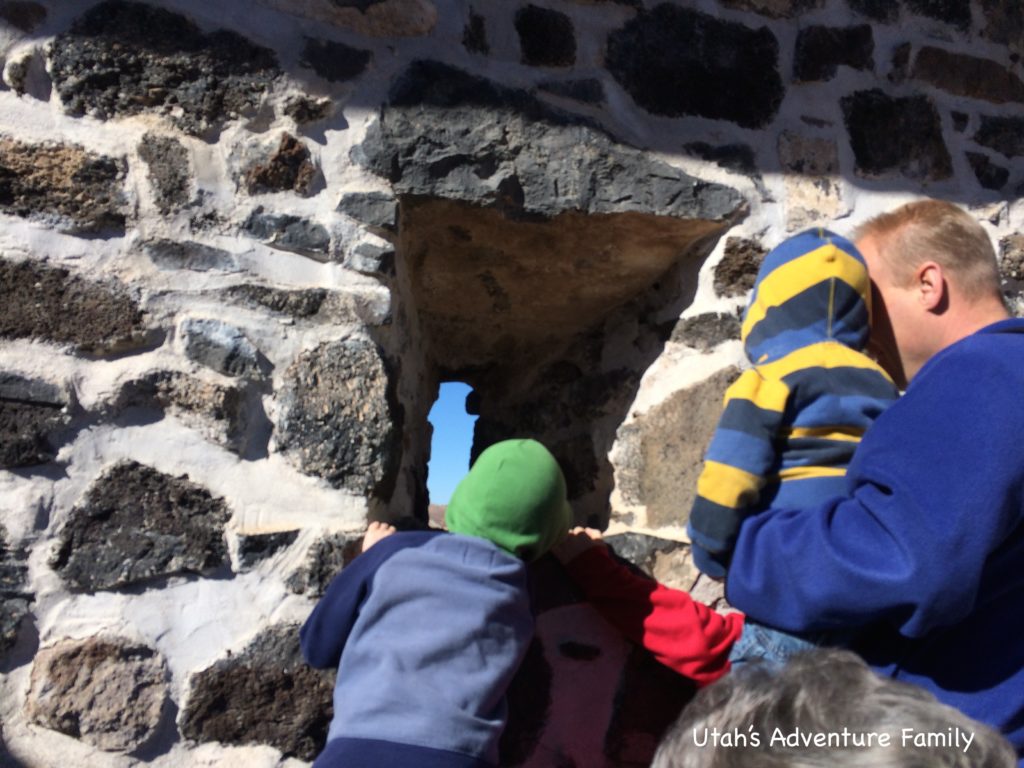 The “windows” were also popular with the boys!

There is a large grassy area with huge trees and picnic tables if you want to bring a lunch, as well as restrooms, just outside of Cove Fort. 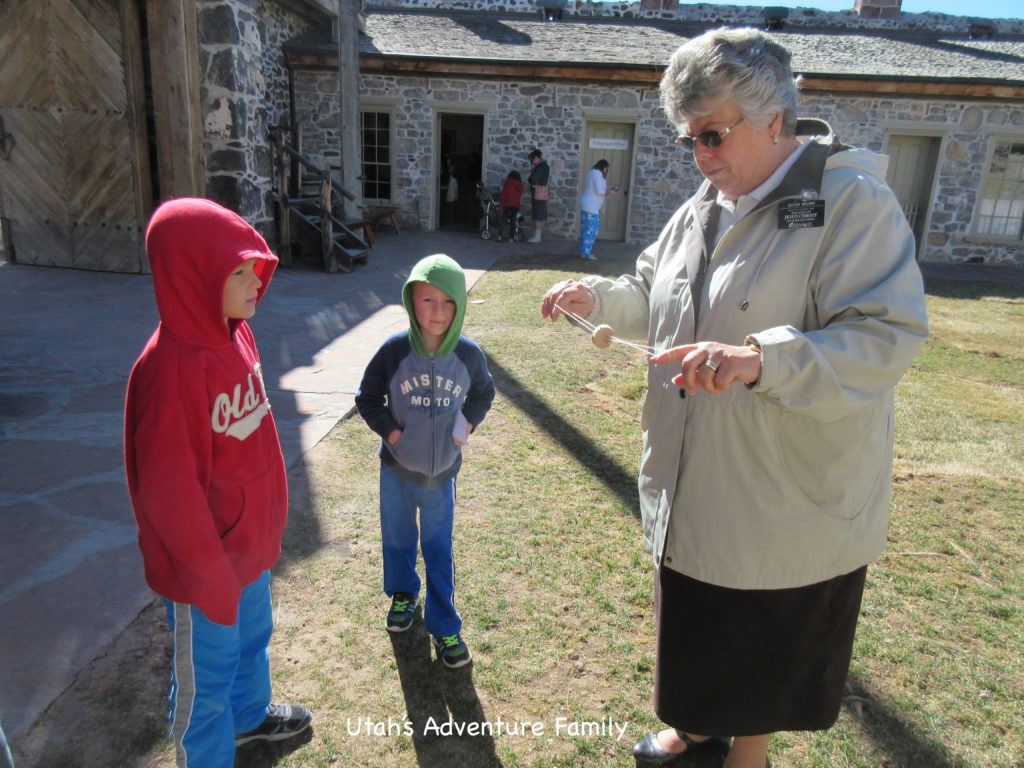 We had a great tour guide. She was good with our boys! 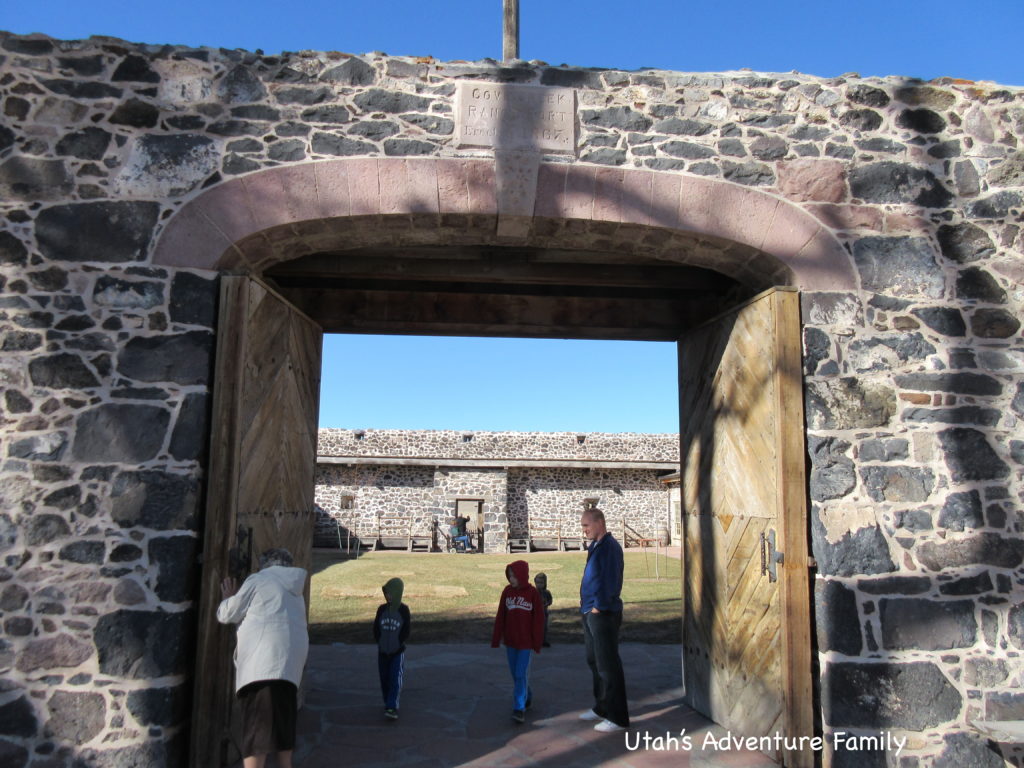 The boys got the chance to open and close the doors. They are very heavy!