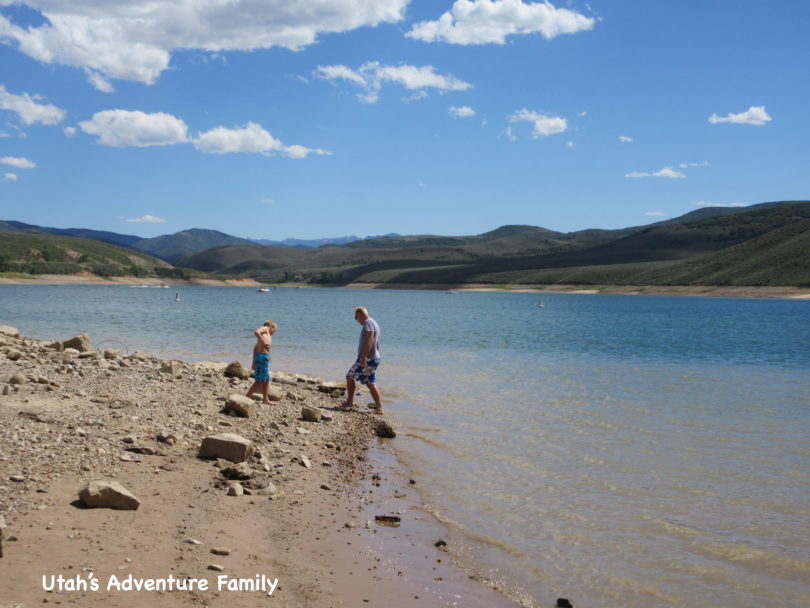 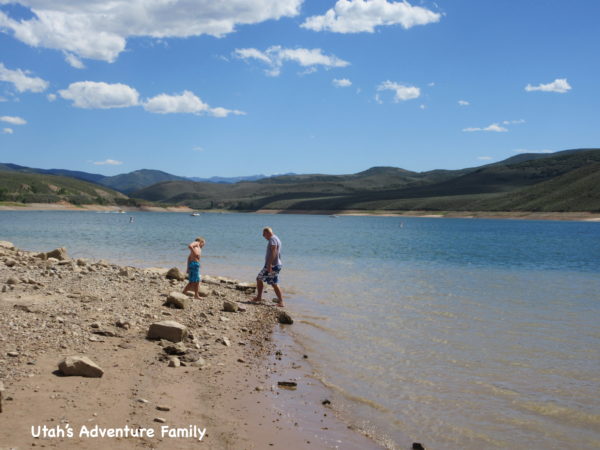 On our quest to reach all the state parks we found ourselves at East Canyon State Park last week. This is primarily a water activity park as it is a reservoir for boating with a “beach.” There are also a lot of camping options including cabins, yurts, and tent sites. We decided to try the yurts.

We really like staying in the yurts and cabins at Utah State Parks. We’ve done yurts in Goblin Valley and cabins at Hyrum Lake in Cache Valley and Wasatch Mountain near Midway. Some people refer to this as “glamping” (glamorous camping), but we just like leaving most of the gear at home once in a while. The yurts are roomy and comfortable for our family of five, and at $60 a night, they are steal. 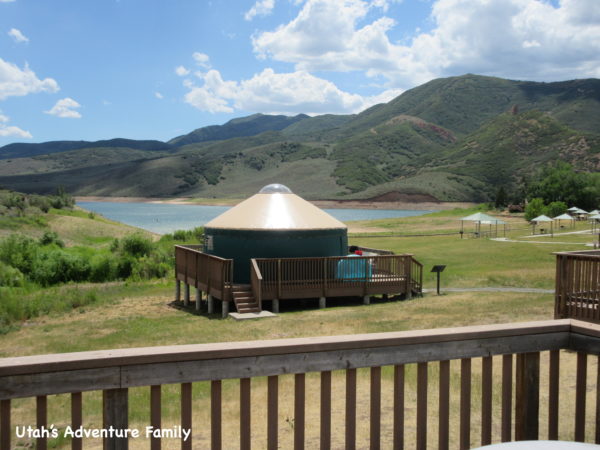 There are 4 Yurts at East Canyon. Three sit together and one is above the bathroom from here. 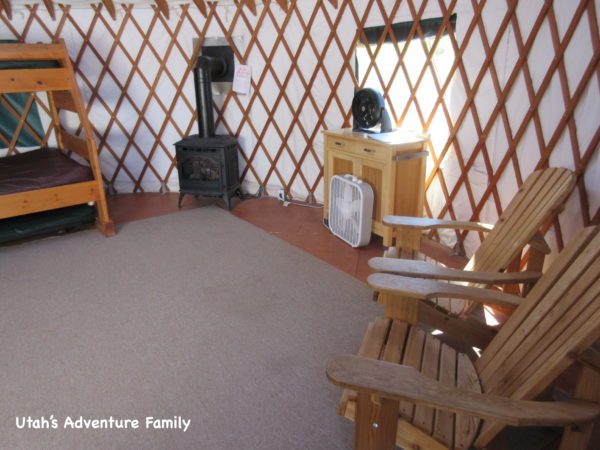 One side of the Yurt…you can see the bunk bed has a trundle underneath, too. 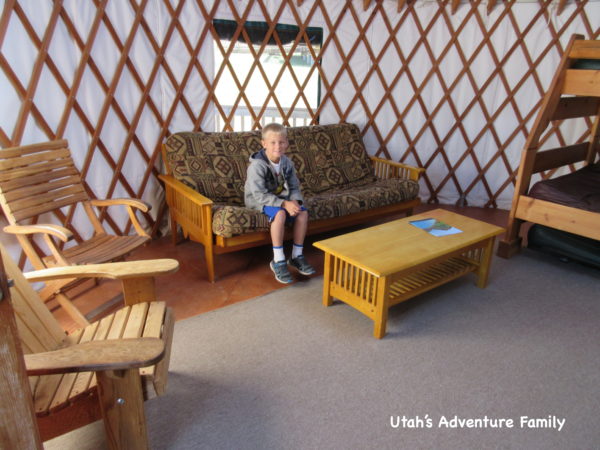 The other side of the Yurt. It was clean and spacious. 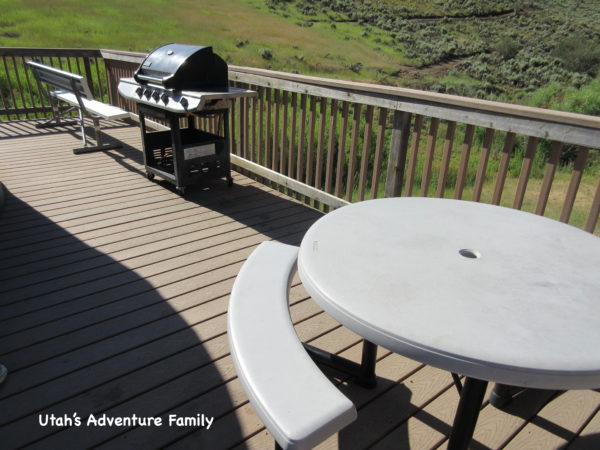 Outside the Yurt there is a deck that goes around the Yurt, a table, bench, and a BBQ. 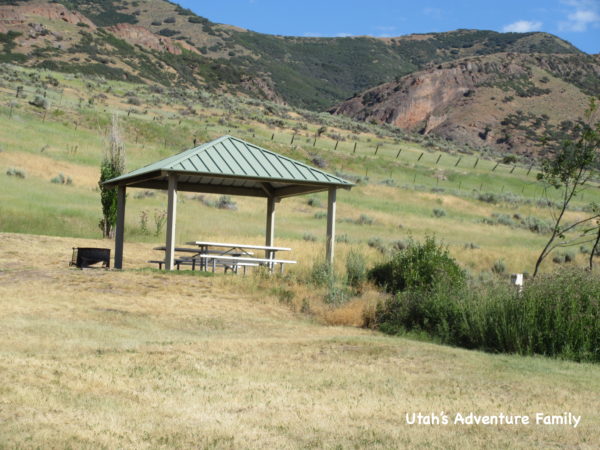 This is a standard campsite at East Canyon State Park.

The beach at East Canyon wasn’t as nice as some other beaches we’ve been to. This may have been because the water level was so low, but it was more like mudding than playing in the sand. We did like that you could rent wave runners or jet skis.

The end of the water near the Yurts was muddy!! 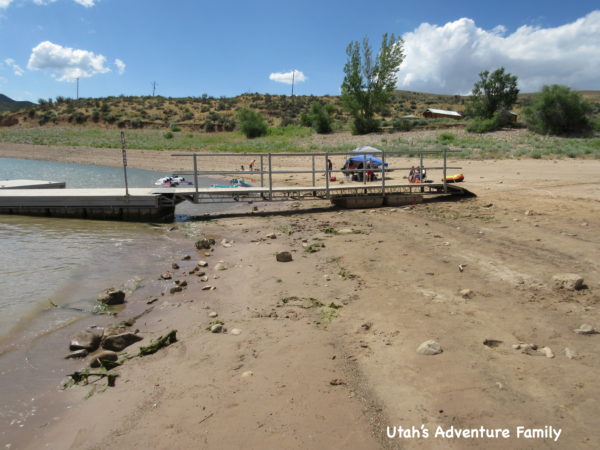 This is the nicer beach side. But the water was low, so it was still muddy. 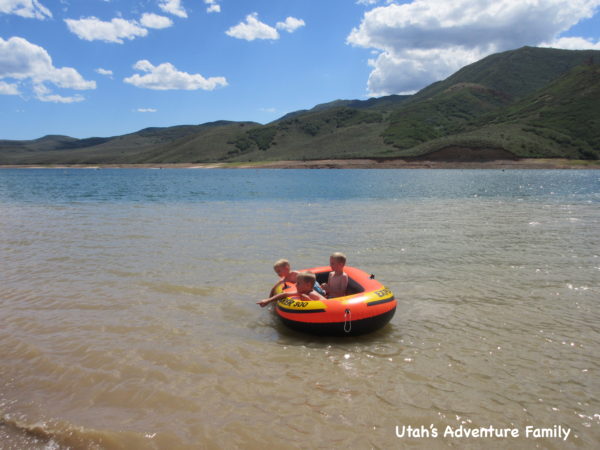 We still had a great time playing in the water and throwing rocks, of course!

The rangers were really nice. They helped us do the Junior Ranger Program, and even allowed our 3 year-old to participate. They came to check on us in our yurt to make sure we had everything we needed.

There were a few nice walks at East Canyon State Park. The first led south from the yurts, and our boys really liked spotting cottontail bunnies and chipmunks along the way. We were really excited to see a common nighthawk, too. This trail runs along the east side of the lake, and you can follow it as far as you like. 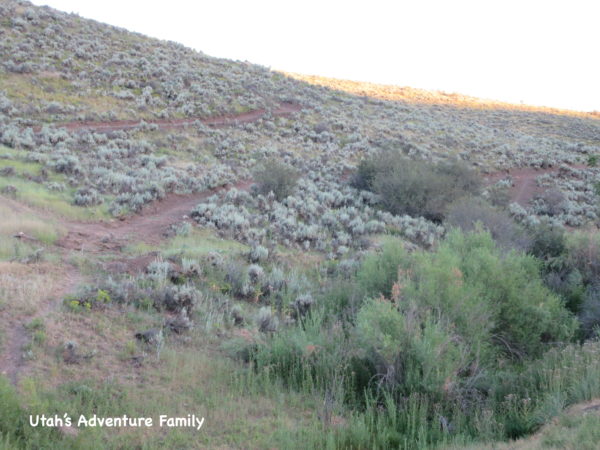 The trail that we walked is right next to the Yurts. We took the trail on the bottom in this image because it is flat. The upper trail cuts up the mountainside. 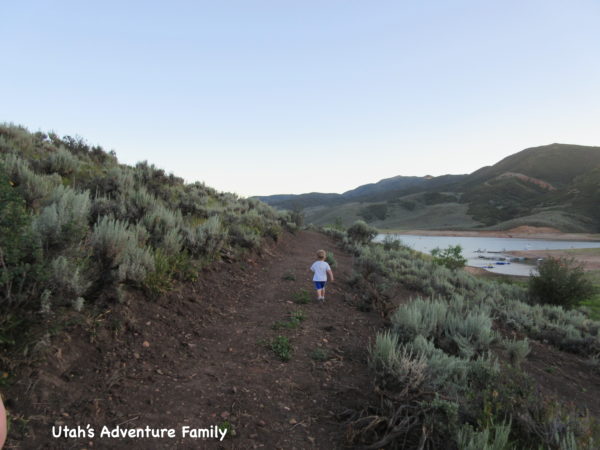 This trail is very flat and walk toward the reservoir. 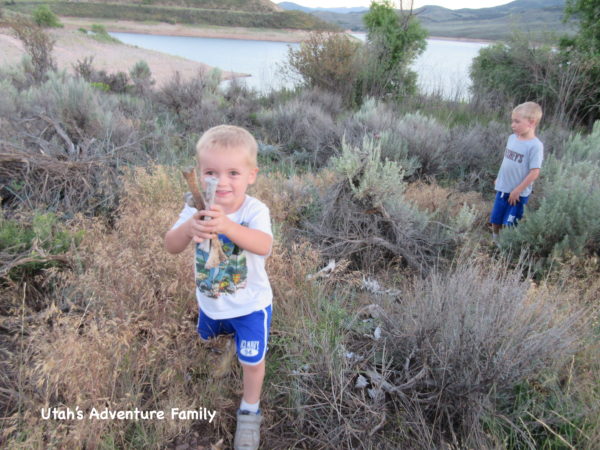 We found lots of bones. We had fun exploring and guessing what animals they were. 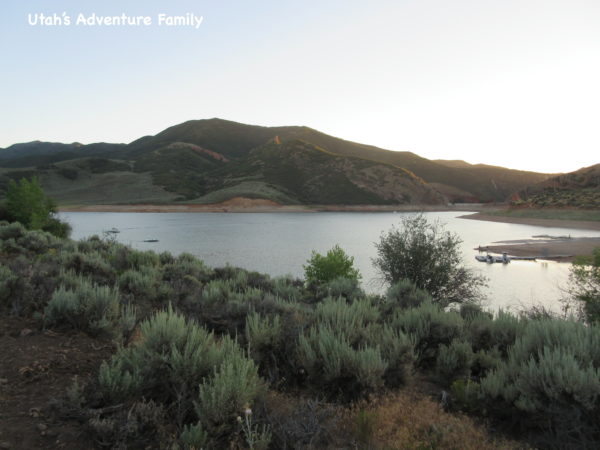 The reservoir was beautiful!

Though we felt like East Canyon is mostly for people with boats or water toys, we had a great time camping there and checking out the nearby sites. If you go, make sure you check out Taggart’s Grill, the Devil’s Toys, and the Mormon Pioneer Trail.