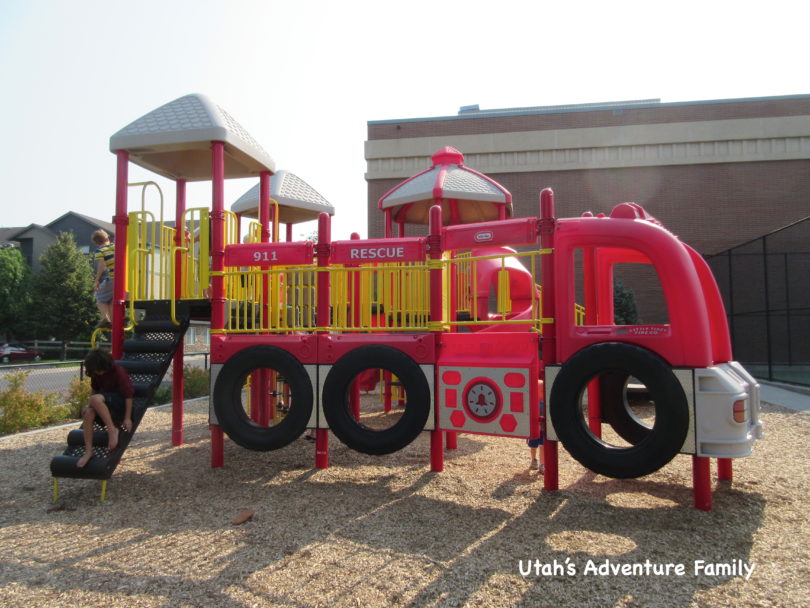 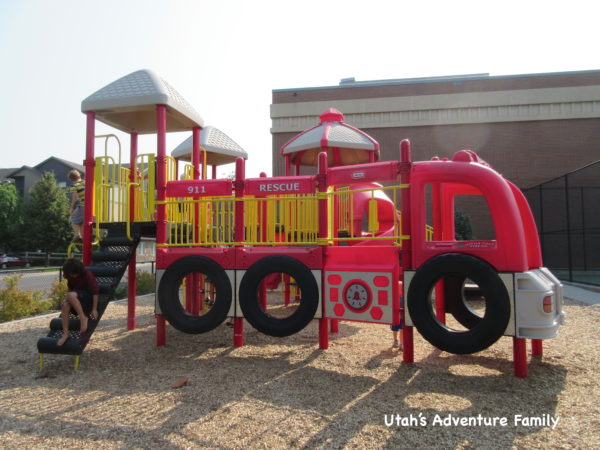 Firefighters Park is so fun! It really is the perfect little park for all those children who aspire to be firefighters when they are young. This park is located in Bountiful right next to a fire station, so if you’re really lucky you might see the big firetrucks on your way to the park.

Firefighters Park is in a smaller area. There are two tennis courts right next to the park, as well as bathrooms and one long picnic table that is covered with a pavilion. There is a small parking lot as you pull in between the tennis courts and the fire station. But the highlight of this park isn’t the amount of grass or space, but the fun playground. 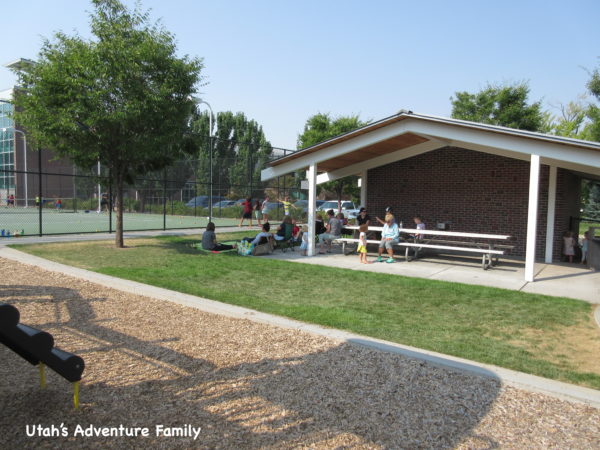 The park is small, but bathrooms are a plus!

The play area looks like a large firetruck and your kids will be so excited they’ll start running to the playground. The playground has lots of fun features: three slides, a small piano, and lots of different ways to climb around on the firetruck. There is also a set of stairs so little ones have a good way to get on top. My three year old was very concerned about a steering wheel being at this playground. No need to worry–there are three steering wheels! 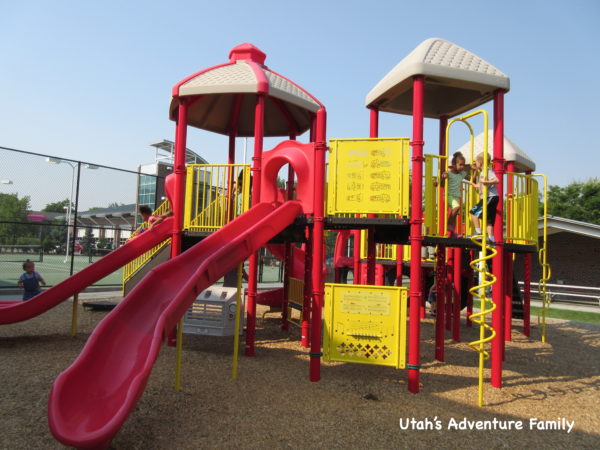 This is the other side of the park. There are lots of fun parts to it. 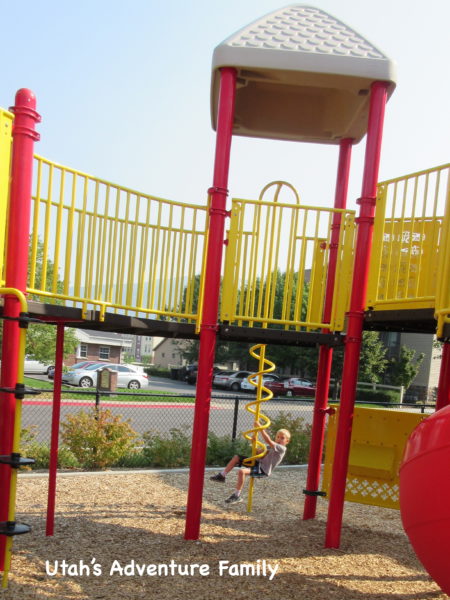 This was the fire pole! 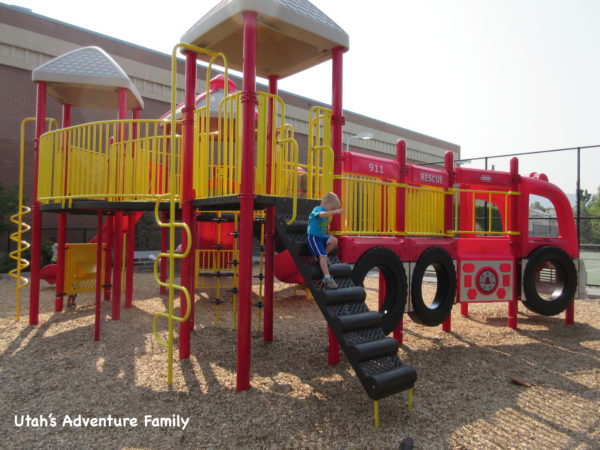 Our three year old could climb almost everything at this park.

There isn’t a lot of shade, so make sure to bring water and sunscreen. There is only one small exit from this park, too which is nice. The whole playground is fenced in and the only way out is between the tennis courts and the bathroom. So you can keep a really good eye on the kids.

Plan on having a lot of fun!! My boys are already asking when we can go play firefighters again! 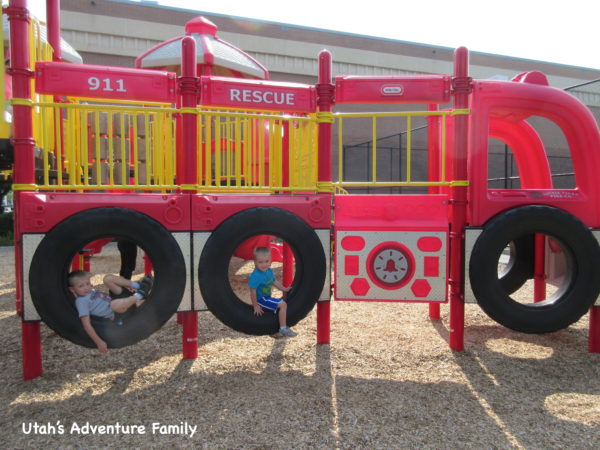 Firefighters Park is a winner!