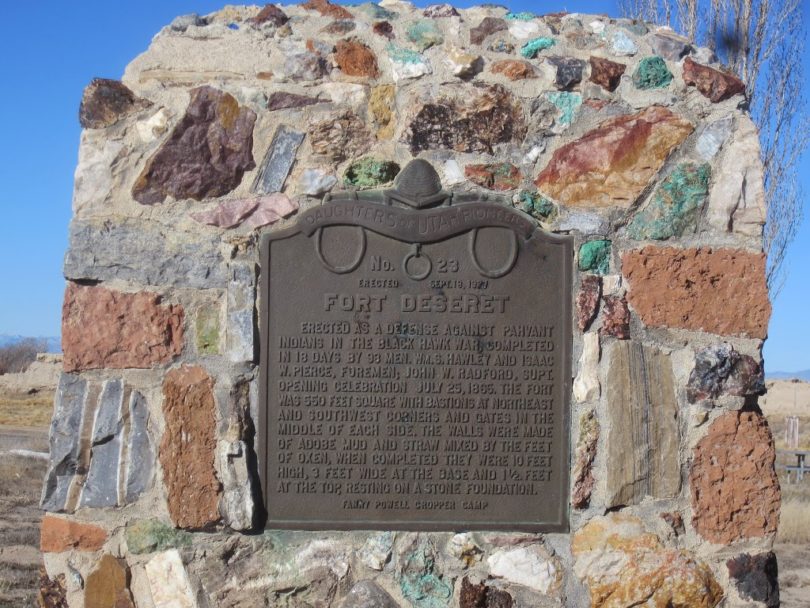 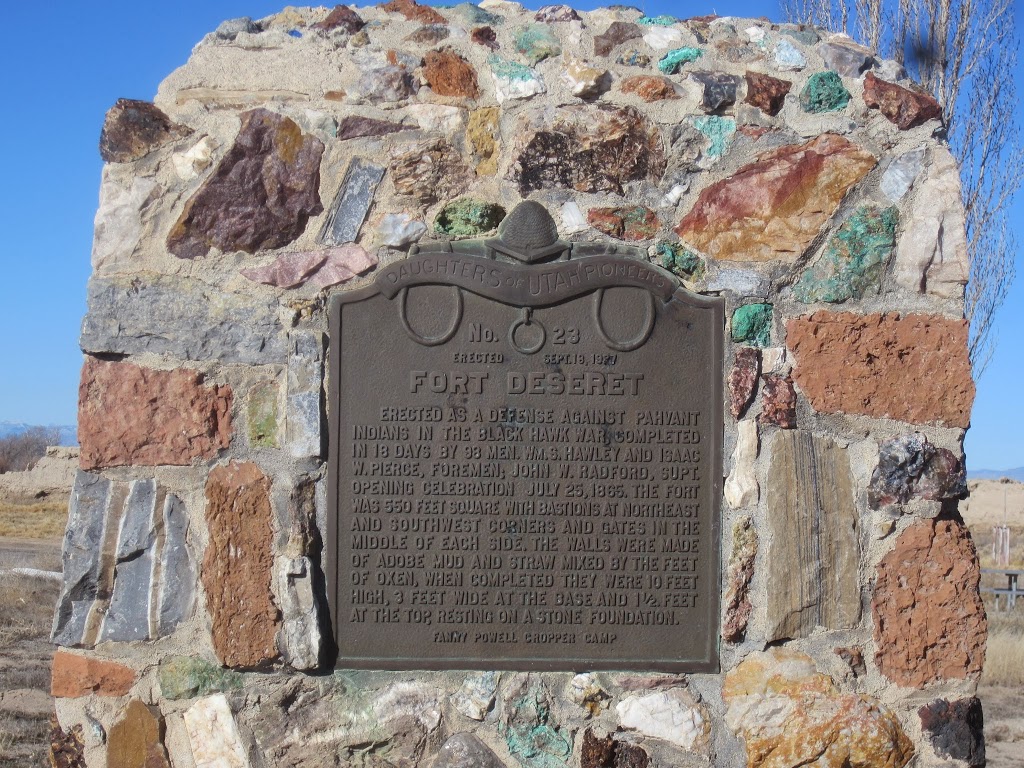 In reading our pioneer histories, we noticed that many of our relatives had a hand in building fort walls around their towns. Edward Ockey helped build a six-foot thick, twelve-foot high adobe wall that included a moat around the settlement of Nephi. Other relatives worked on a similar wall in Ephraim. Sadly, most of these “forts” are long gone, victims of community growth and time.

We heard about one fort that still stands, though, and we wanted to check it out. Fort Deseret was built of adobe in 1866 near the small town of Deseret just south of Delta, Utah. The fort walls can still be seen, and the front wall is mostly intact. The walls were once 10 feet high and 3 feet thick, and you can still see several windows. The “front door” is also intact. Though two of the walls are mostly gone, you can still see the shape of the fort, and the straw that was mixed in with the adobe 150 years ago is still visible. In two of the corners, there are small rooms that appear to serve as look-out spots. The pioneers of this area had some trouble with Pahvant Indians.

Forts like this were built in many of the early Utah settlements, but this is the only adobe fort that still exists, so it was really exciting to visit. By the way, this post is not mislabeled. Fort Desert is a “dormant” state park. It is currently maintained by local volunteers due to lack of funding. If you’re in the Delta area, check it out!