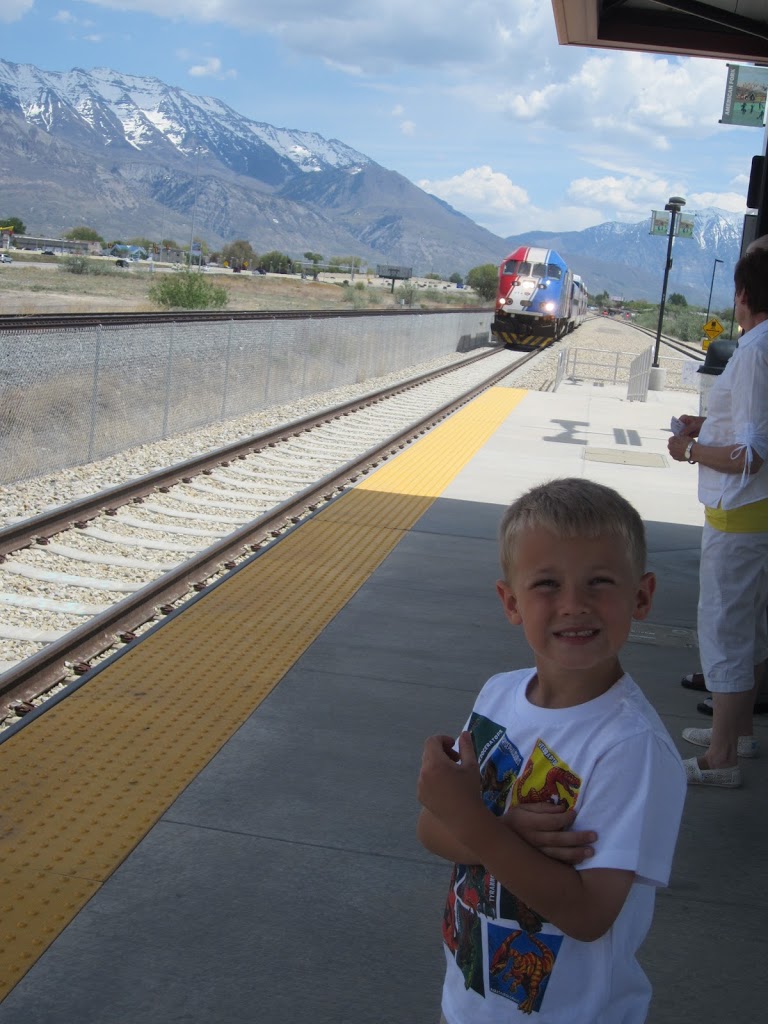 We’ve had it on our list to ride the Front Runner for a while. Our boys love trains, and I (dad) didn’t actually ride on a train until my first trip to Japan when I was 21! So, we planned an adventure in downtown Salt Lake and pulled out the Front Runner and Trax schedules.

As the time grew nearer, I found myself getting excited to ride the train. It gives you sort of a unique perspective on the city that is a little different than the freeway you’ve driven a thousand times. It also gives you a chance to take your eyes off the road and actually see what is going on around you.

We didn’t tell the boys we were taking the train until we got to the station. Then the excitement spread. As we stood on the platform, our middle child had his 4 year-old hands clasped in front of him in anticipation. He kept bouncing up and down and reporting every time the minutes dropped off the board.

Our oldest was just as excited, and the baby grinned because everyone else was so excited. To an everyday commuter, we must’ve seemed quite ridiculous.

Our ride from the American Fork Station to downtown Salt Lake where we picked up Trax was only about 40 minutes. During that time we sat on the bottom, middle and top levels. We were actually surprised at how full the Front Runner was for a Saturday afternoon. We actually had to wait for an upstairs seat and then jump on it when someone moved.

The train moves pretty fast– at roughly the flow of traffic– between 60-80 from what we could tell by watching the freeway out our window.

This adventure, paired with others, was a big hit for our family! It was fairly cheap, too. We got a group pass for just $15 that allowed four riders to go as far as they like all day on both Front Runner and Trax. Where else can you get so much adventure for the family for a mere $15?

Give Front Runner a try!