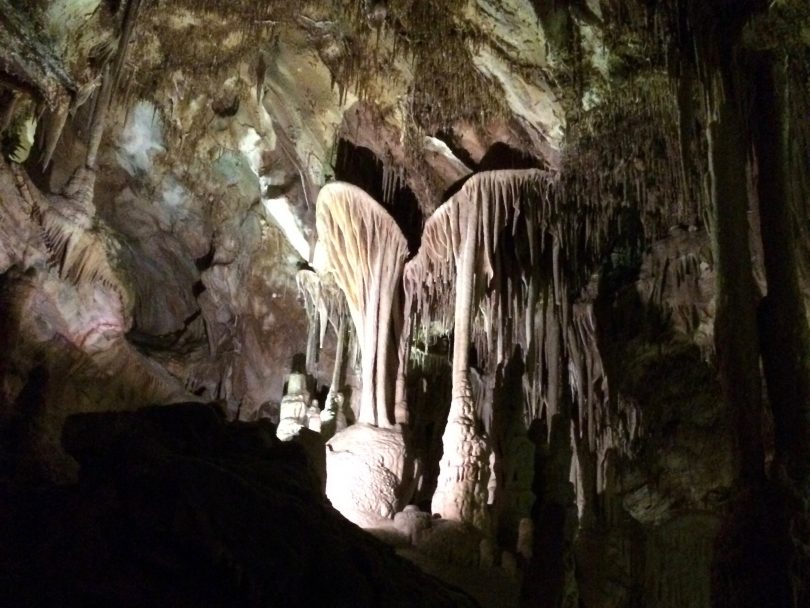 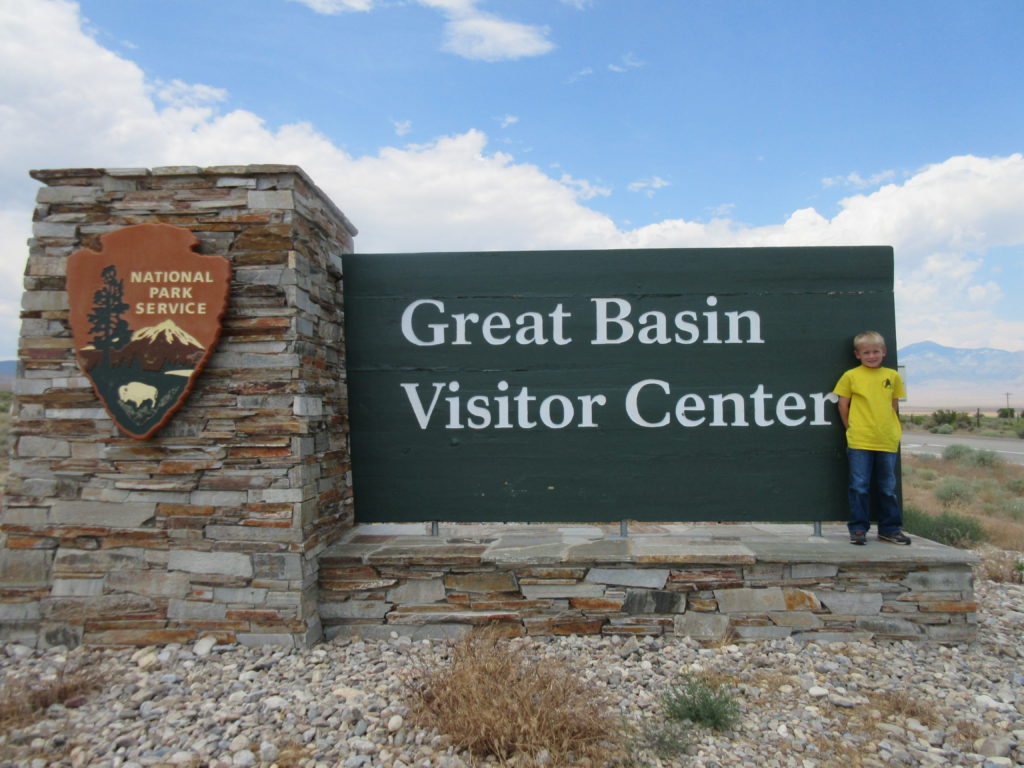 Utah has 5 National Parks: Canyonlands, Arches, Zion, Bryce, and Capitol Reef. I like to think of Great Basin as Utah’s sixth National Park, even though it is in Nevada. A lot of people aren’t aware that this park is so close– just 3 hours from Salt Lake City. Some people know the park for what makes it famous, the Lehman Cave.

Last weekend we camped at Great Basin National Park, and it was really fun. There are 4 campgrounds in the park, and each site is only $12 per night. The park itself is free. The only thing you need to pay for is access into the cave. 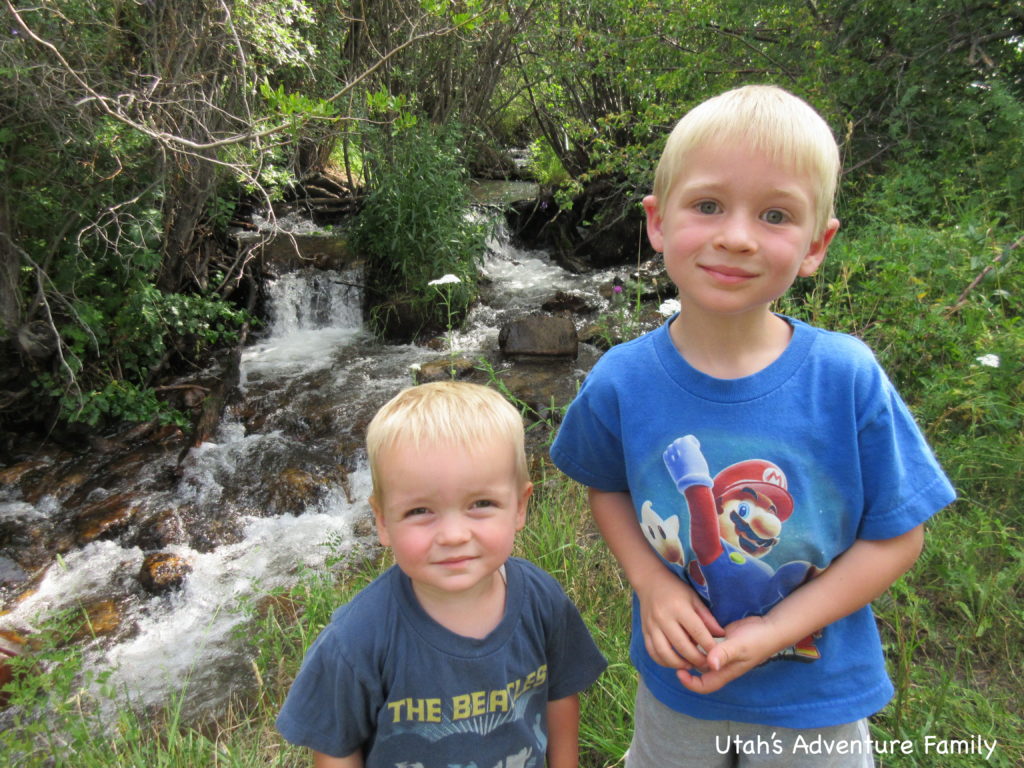 The campgrounds are really pretty.

There are a lot of things to do at Great Basin. There is a Visitor’s Center in the small town of Baker nearby, and another Visitor’s Center in the park. Of course we did the Junior Ranger Program, and the kids earned a Cave Cadet badge for being good spelunkers. We also did some animal watching, stargazing, and hiking. (For hiking information, check out Great Basin Kid Hikes.) 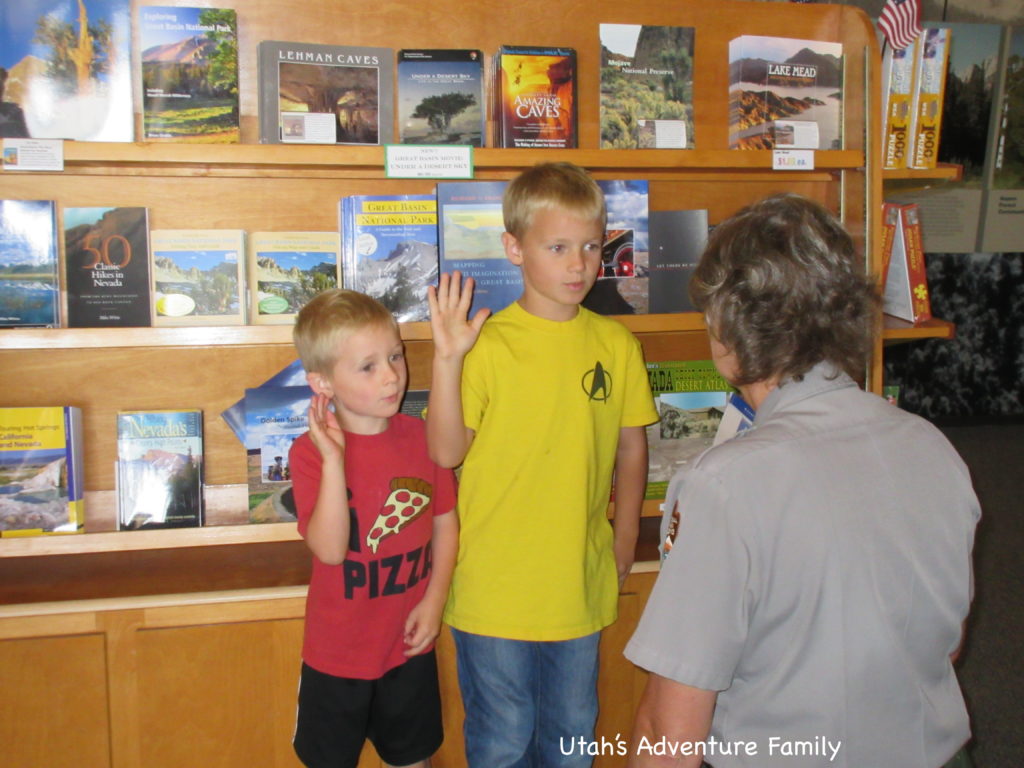 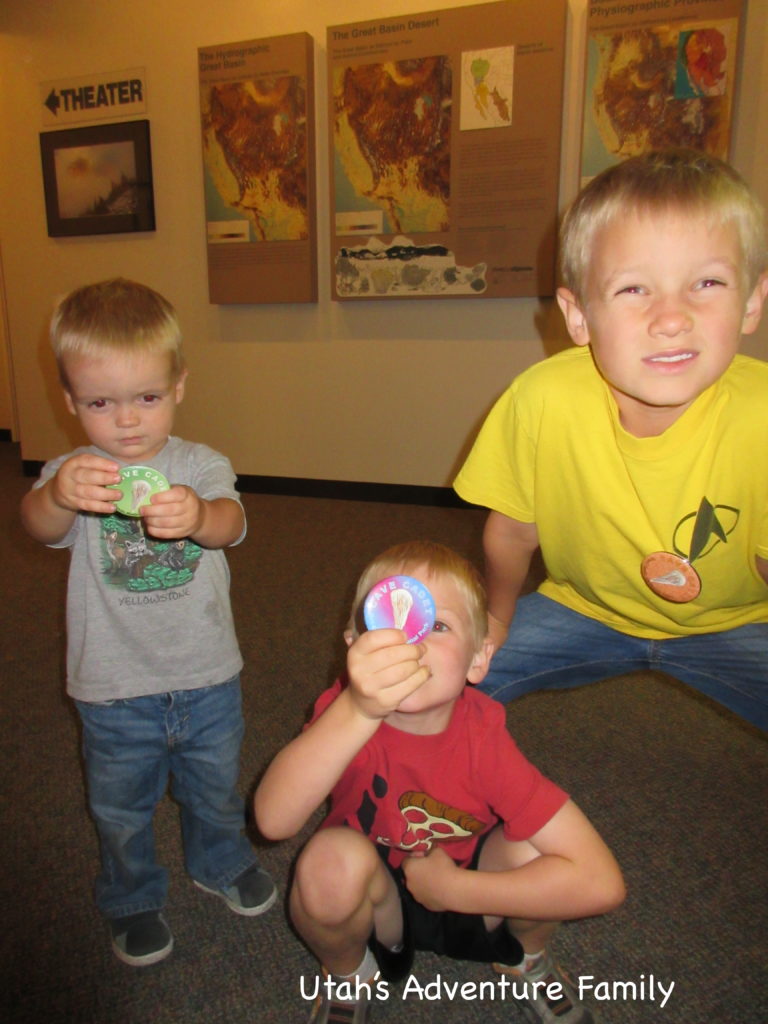 Cave Cadet after the tour of the cave. 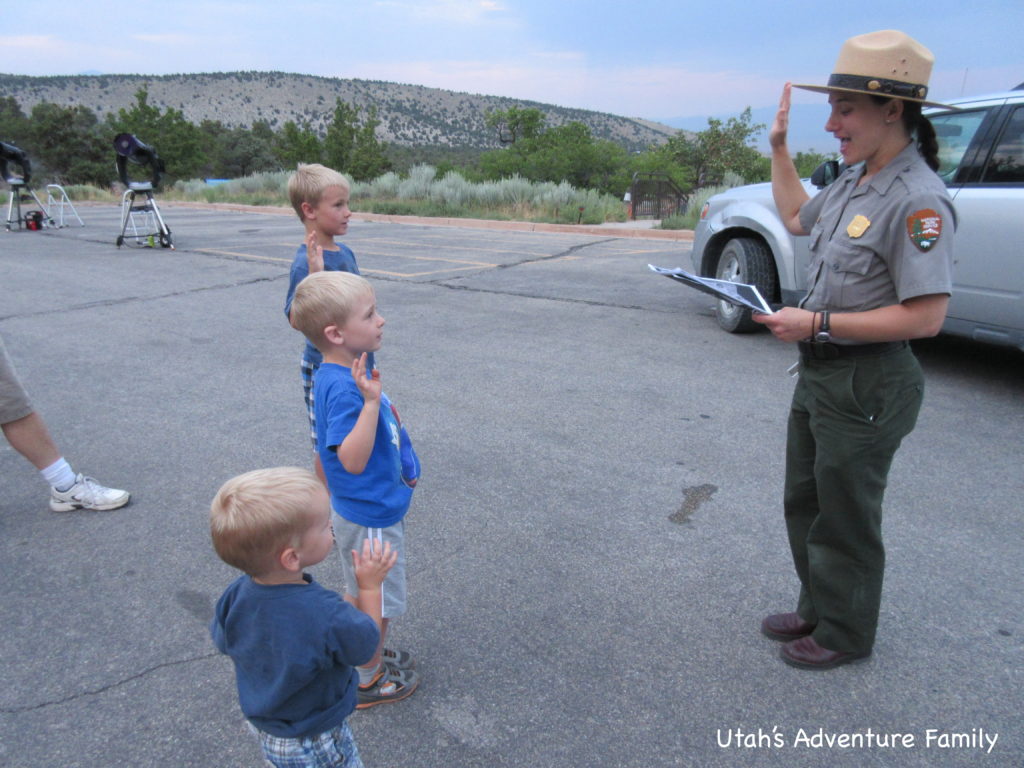 Night Explorer … you can do this in other “dark parks,” too.

Great Basin is surprisingly cold and high, even in the summer. It’s 7000 feet at the lower campground (10000 at the upper) and we actually got snowed on one Labor Day. There is a drive up to the top of the mountain and the upper campground that is a great place to see animals. We saw a 4 foot gopher snake crawling across the road, both cottontail bunnies and jackrabbits, lizards, squirrels, chipmunks, kangaroo rats, and a lot of deer. We saw a doe and her twin fawns, still with spots on their sides that were adorable. Farther up, we saw 4 trophy bucks, though we only got a picture of 1 of them. We even saw wild turkeys crossing the road on two different occasions (I was told they are not native to the area). For the bird watchers, there were also red-tailed hawks and pinyon jays. The drive up the mountain takes nearly 25 minutes, and we did it right before dawn to see most of those animals. 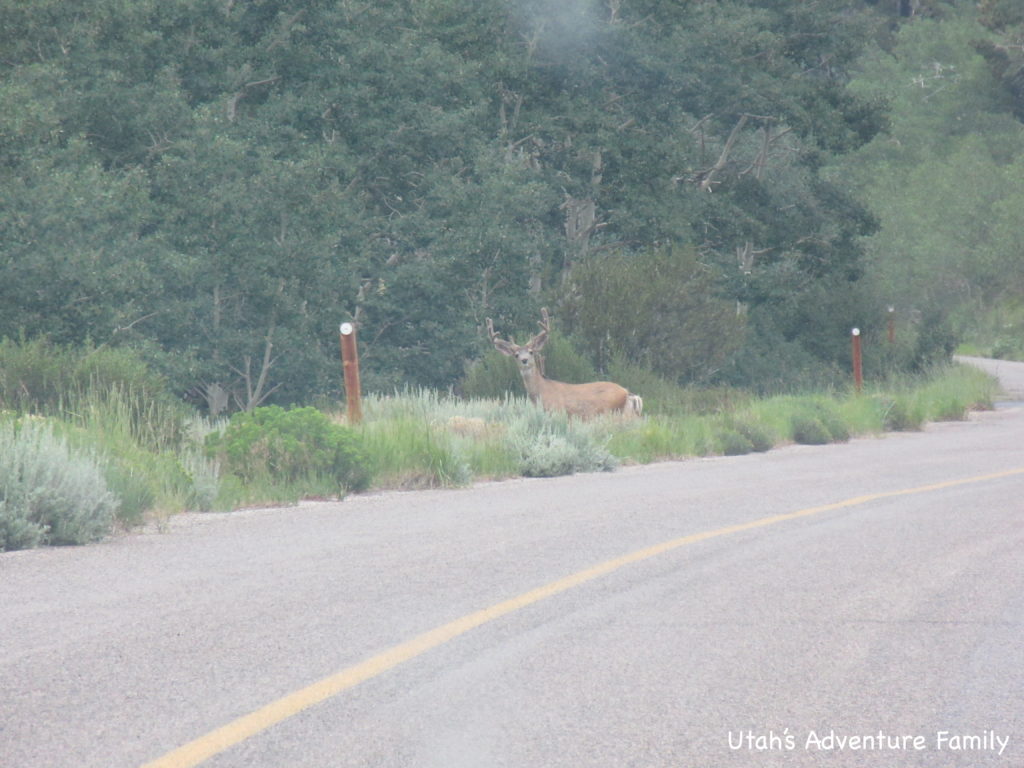 One of the bucks we saw. 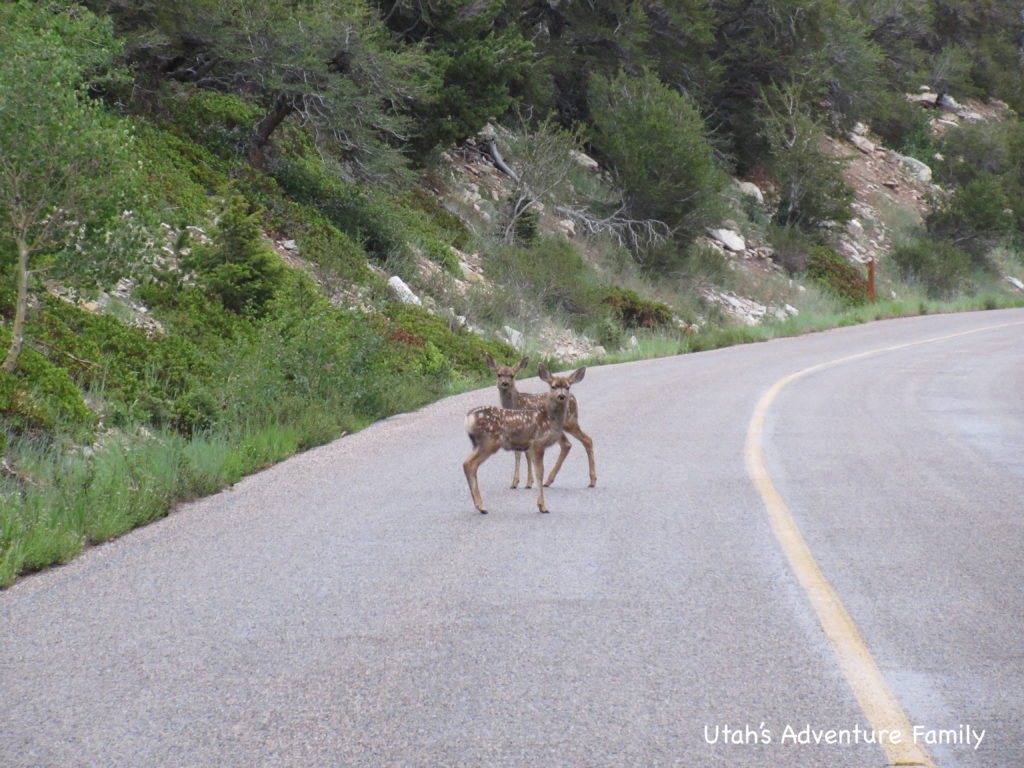 These two deer were darling. 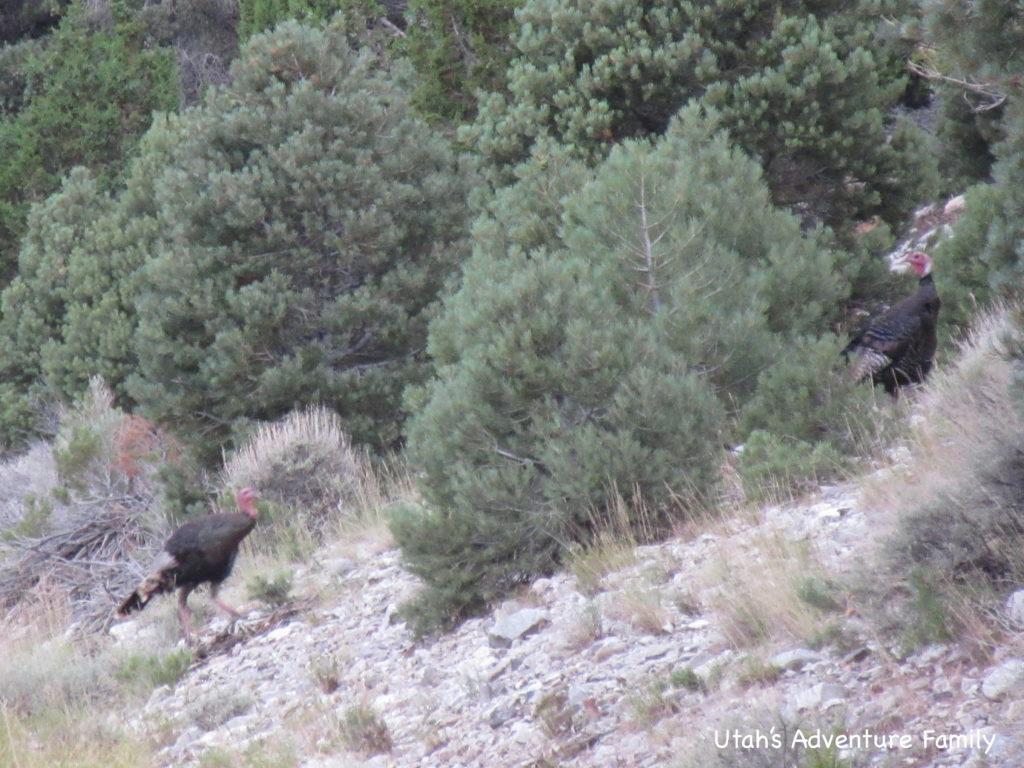 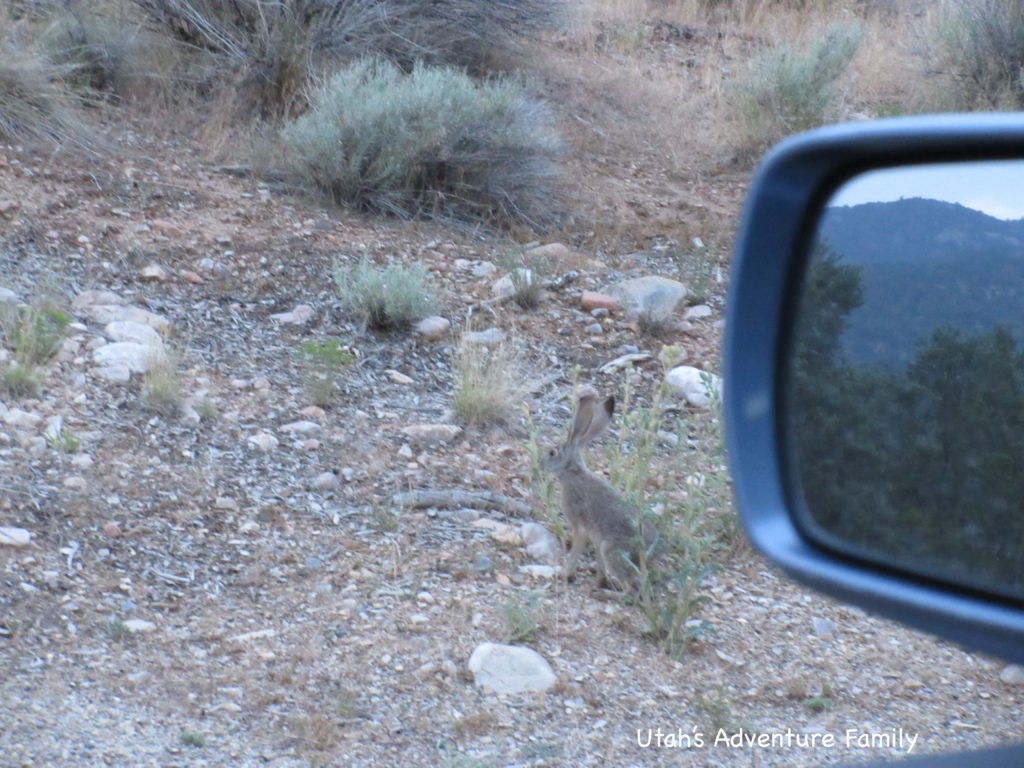 The best photo of a jack rabbit that we got. They are FAST! 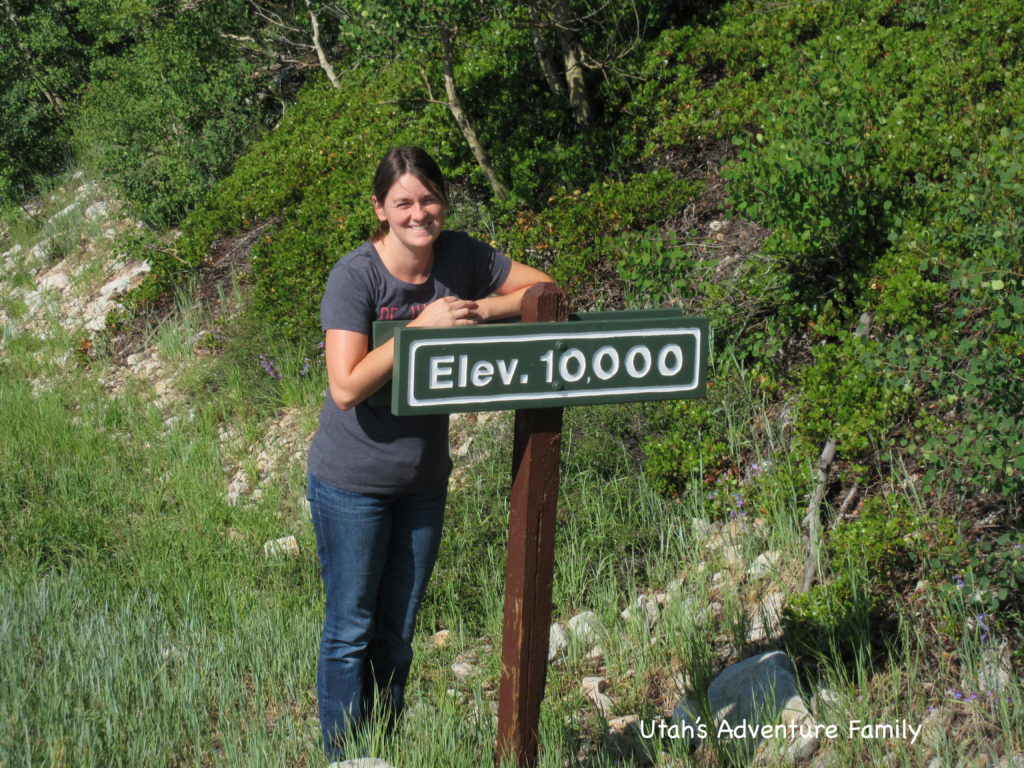 The drive up the mountain takes you into high elevations. 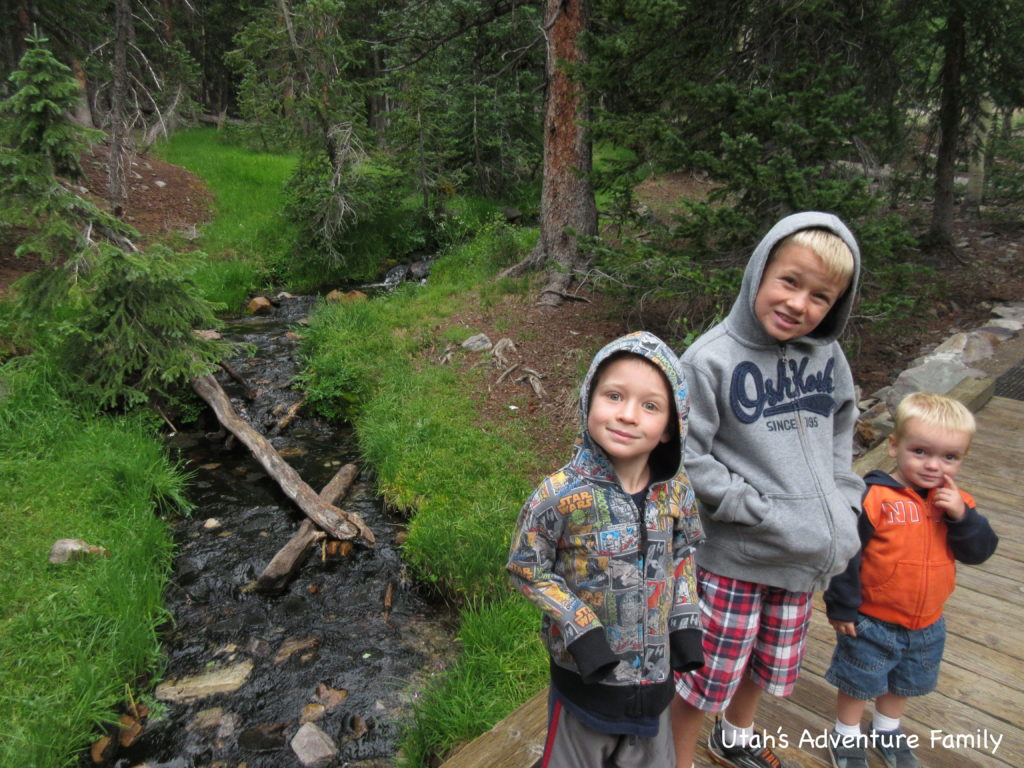 It is beautiful at the top of Wheeler Scenic Drive.

Great Basin is a dark sky park, and they have a great astronomy program. Our kids earned their Junior Night Ranger badges and really enjoyed the night sky. The ranger in charge showed a video and did some activities for the kids. Then she broke out two large telescopes, through which we saw Saturn, Albireo (a double star), and the Ring Nebula (M57) in Lyra.The sky was amazing, and I took my binoculars and spent some time with the night sky. The Milky Way was beautiful and obvious in the dark sky. 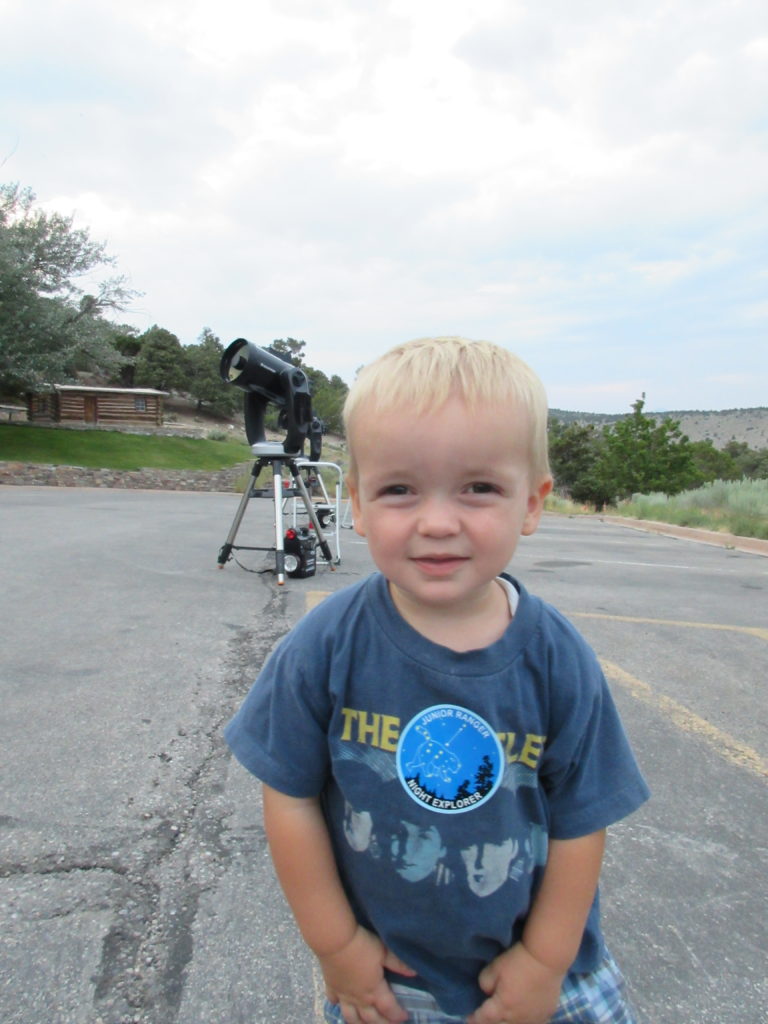 We were able to use those telescopes during the astronomy program. 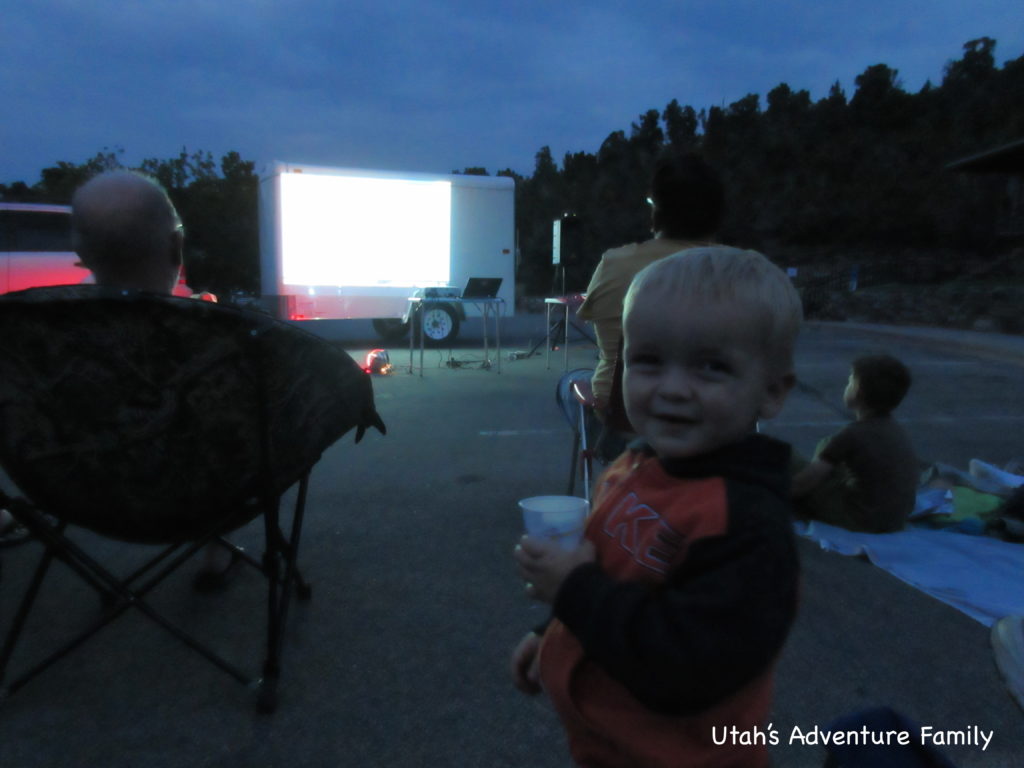 The ranger did a big program about the stars before we looked at the sky.

The main focus of Great Basin National Park is the cave tour. There are different lengths of tours that go to different rooms and cost different amounts. We took the long tour without our baby, and then the shorter tour with him because he liked the caves at Craters of the Moon so much.He did great throughout this longer cave as well. Even the the short tour took the same route, eliminating one turn with some extra rooms, the tours were amazingly different because we had 2 different rangers to guide us. The second time through we were lucky enough to see 2 bats hanging near the natural entrance! We enjoyed the second as much as the first. It is chilly in the cave, so pants and jackets are recommended.

You walk down a tunnel and back up a tunnel in order to enter the caves. 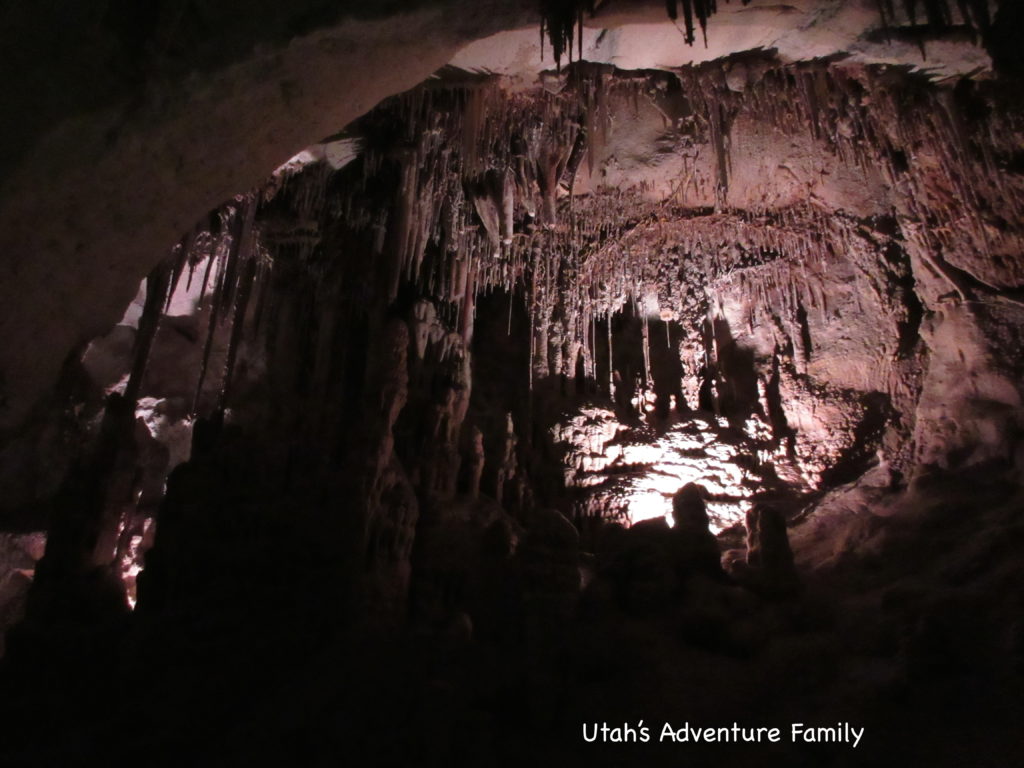 The formations are so interesting. 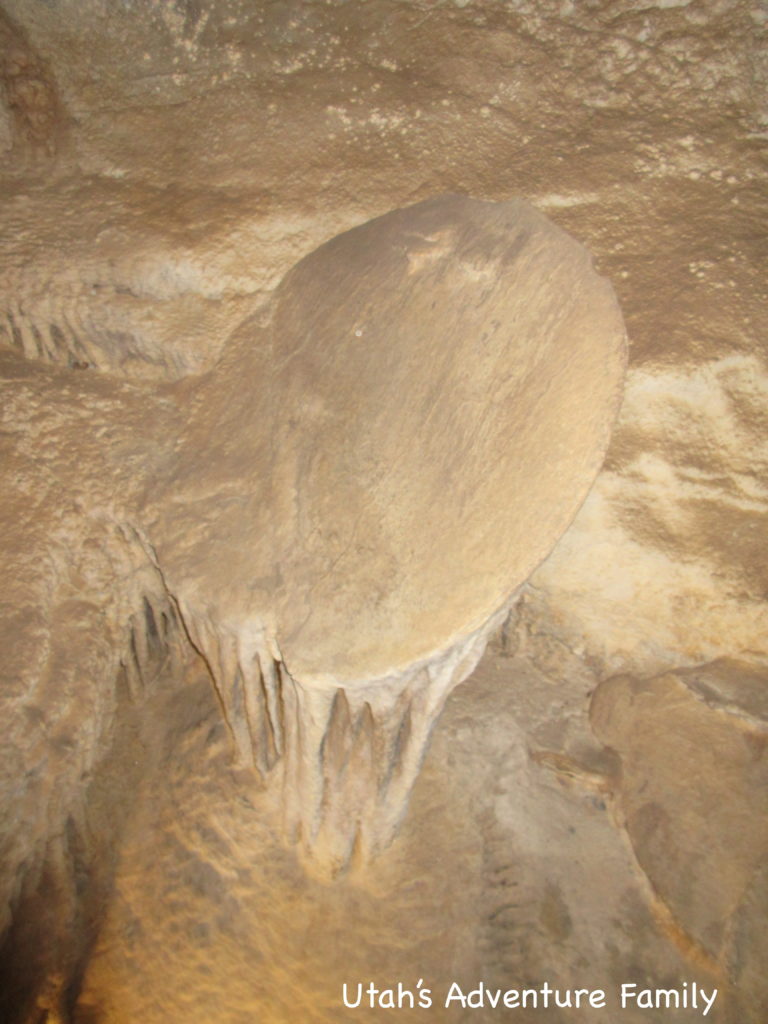 Lehman Caves is famous for the number of shields it contains. 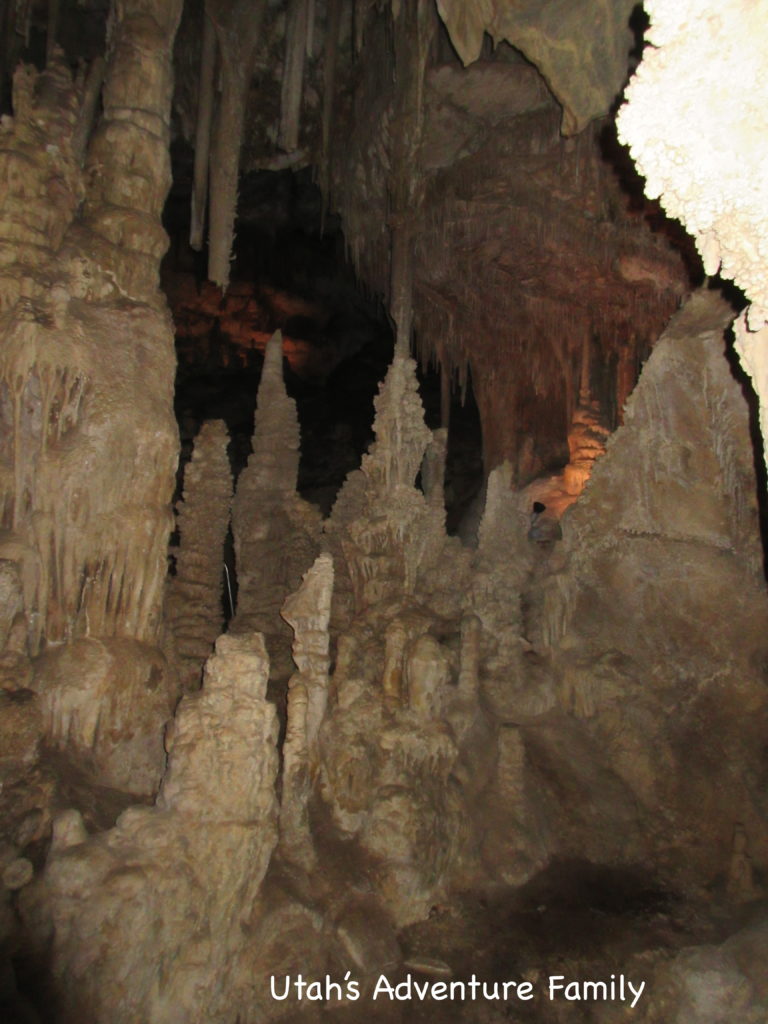 There was always something new to spot.

They showed us what it would be like if we came in the cave with a candle. And then if they candle went out…. 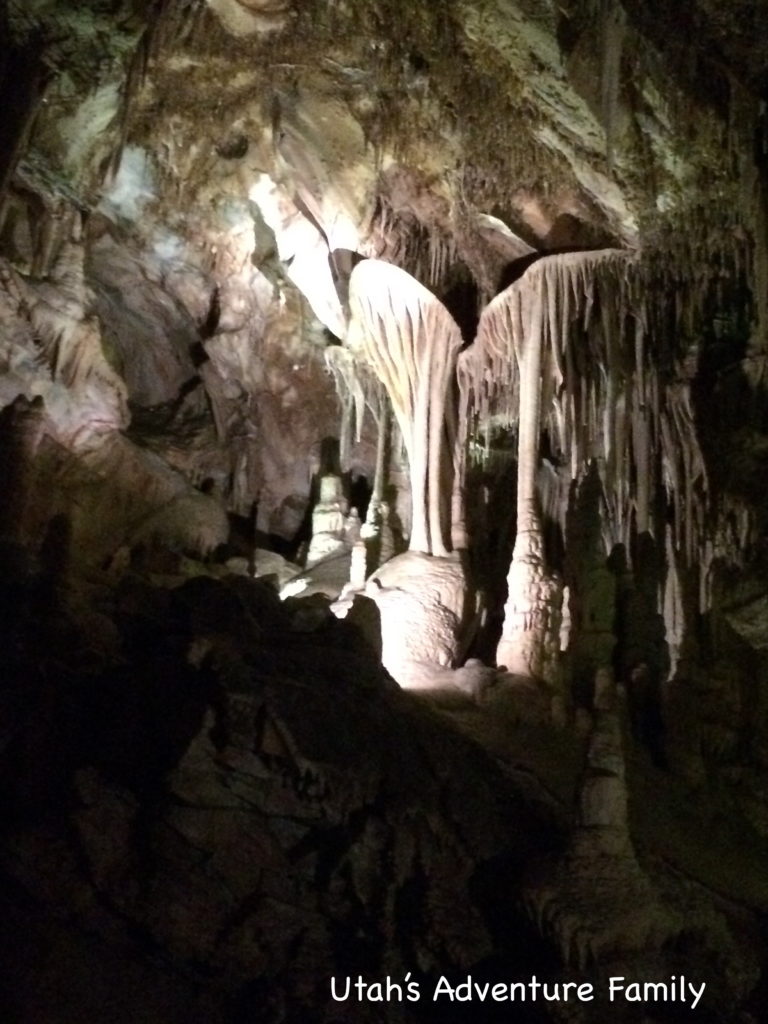 These are the famous shields! 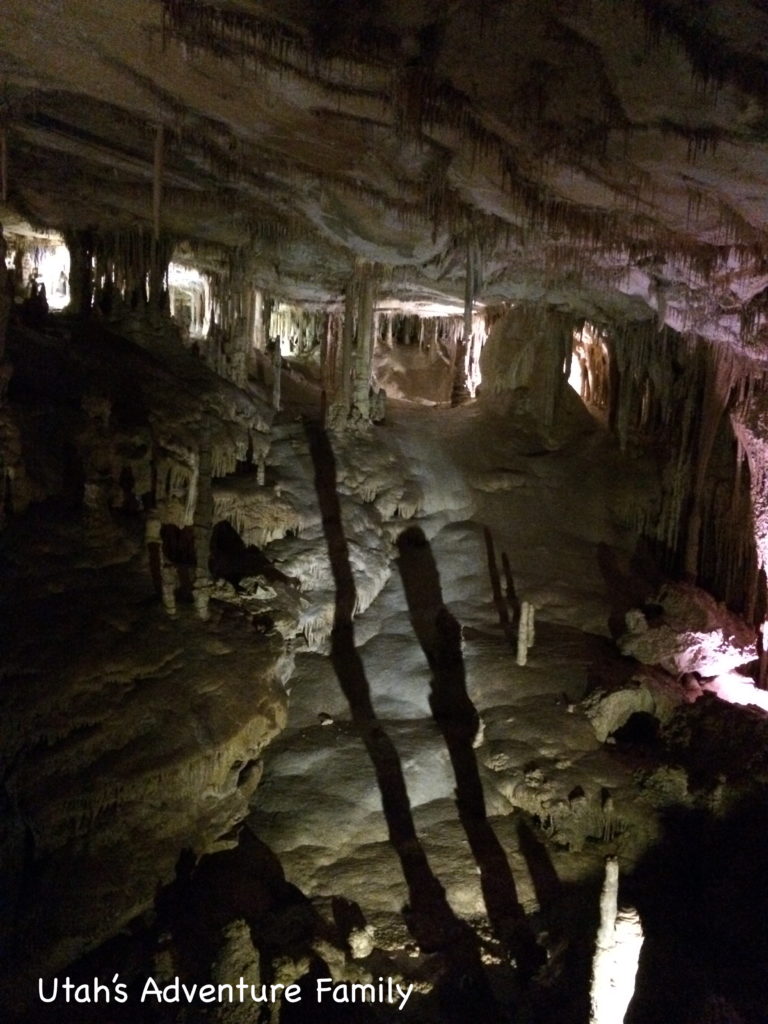 We were amazed at the huge size of many of the rooms. 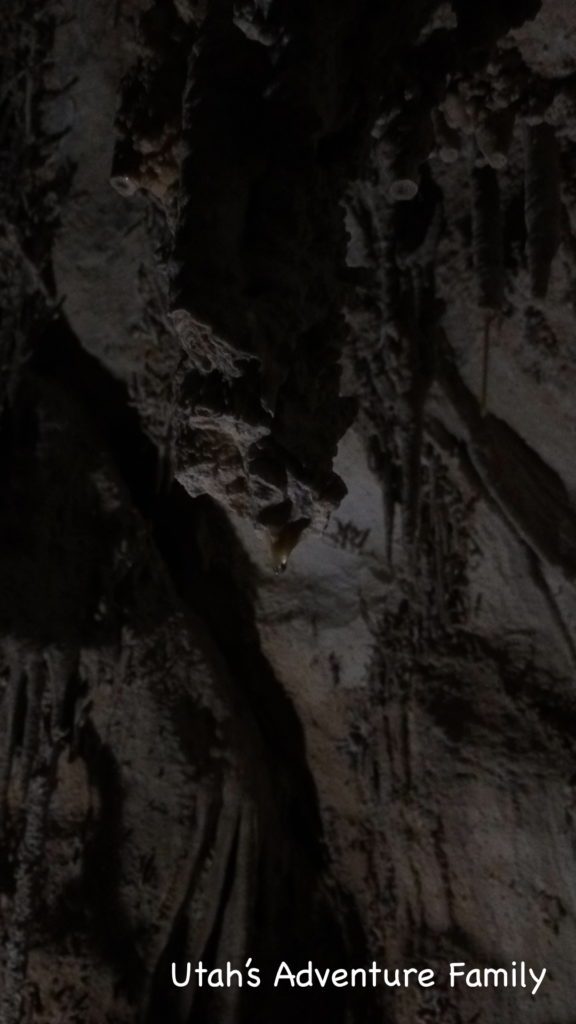 There were droplets of water all over which shows that this cave is still changing. 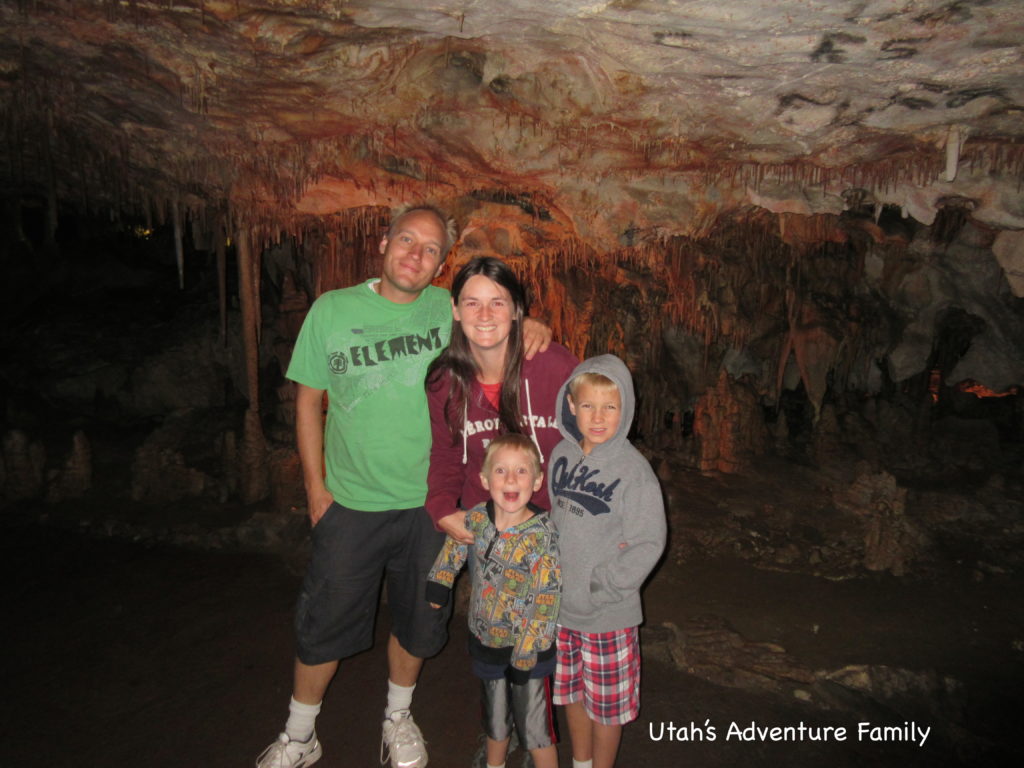