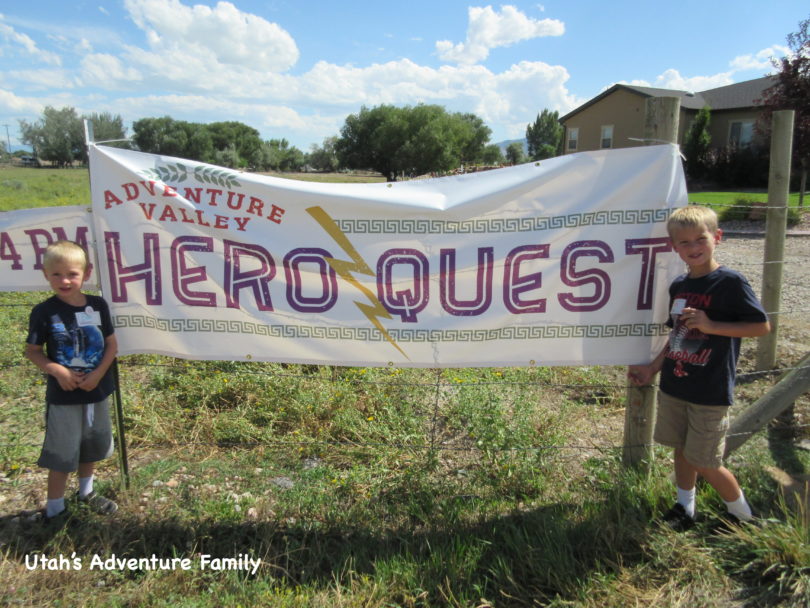 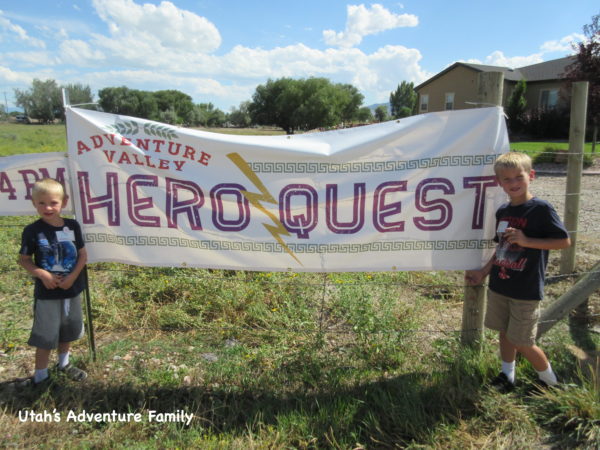 We tried a fun new learning adventure this weekend that our kids really enjoyed. It was called Hero Quest, and it was put on by several members of the Lehi Community who enjoy theater and Greek Mythology. Since our boys really like Greek Mythology, we decided to check it out.

Hero Quest is held at a property in northwest Lehi, and you’ll be greeted by two Muses at the gate. All the characters are in costume, and the costumes are one of the most impressive parts of the activity. At the gate the day we checked in were Urania, the muse of astronomy, and Clio, the muse of history. These two will take your money ($7) and give you a nametag, which the actors use to make the experience more personal for your kids. 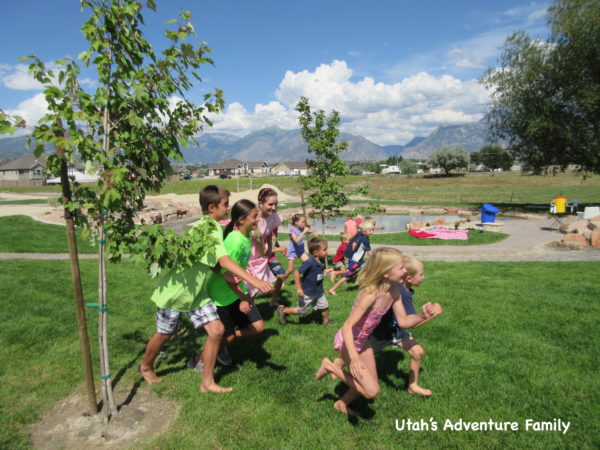 Not only do they call the children by name, but if there are a few minutes of extra time, the actors play games with the kids (such as Horse, Horse, Pegasus). They were amazing!

There are several small activities billed as “Hero Training” and then a large quest to undertake. The training includes firing a bow and arrow (a really safe one), running a short obstacle course, and sword sparring with Hercules. The actors are really fun and interactive, and we were led from place to place by Polyhymnia, the muse of sacred poetry. This is what makes the experience unique– the actors, including Hercules are really fun with the kids. They use humor, kindness, and lots of expression to make Hero Quest successful. 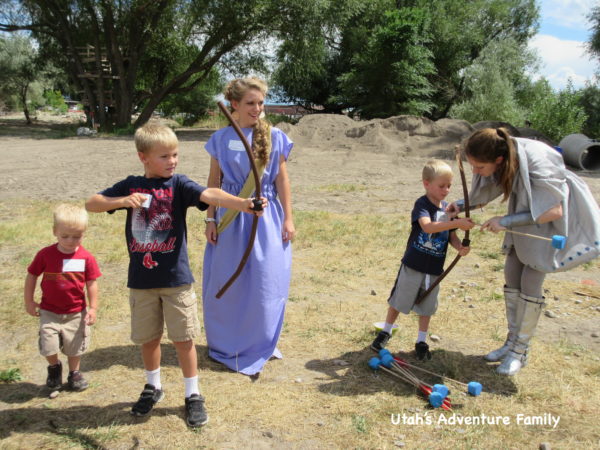 Hero Training: Learn how to shoot an arrow. That’s Polyhymnia in purple and Artemis in silver. 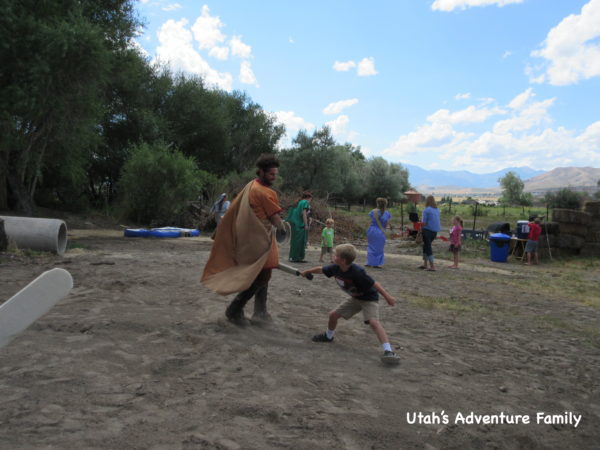 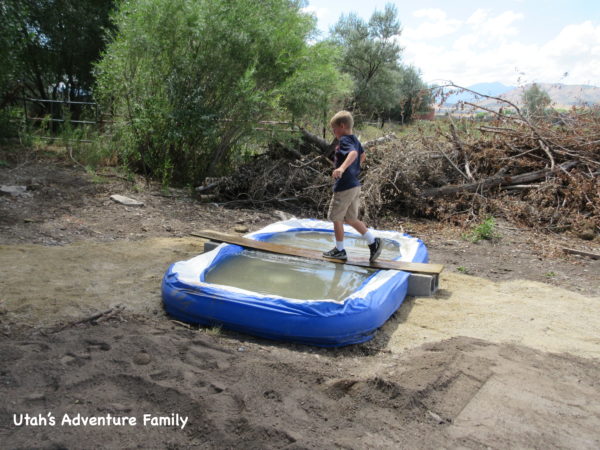 There is a short train to ride that is in the shape of Pegasus, which our boys thought was really amazing, even though we were briefly attacked by the giant king (which terrified them). Then we were summoned to fulfill a quest, which happens every hour on the hour.

The quest is the main part of the program. It’s like an interactive play, with the Gods and Godesses as actors that your children get to play along with. Our boys really liked this, and they learned a lot along the way. I won’t give away the story, but it was well-written and fun. Our boys had to find a way to slay the giant king by uniting the Gods. They were given a set of values to learn and a set of tasks along the way. Best of all, the journeyed to Olympus, through Hades, into Poseidon’s realm, and finally to the lair of the giant king. Along the way they are accompanied by Hercules, and they meet virtually every major God and Godess including: Zeus, Hera, Apollo, Poseidon, Hades, Hephaestus, Aphrodite, Athena, Artemis, Ares, Hestia, Hermes, Hecate, Dionysus, Ganymede, Demeter, and several muses including the ones named above and Thalia. Meeting all those Gods made it really fun for our boys. 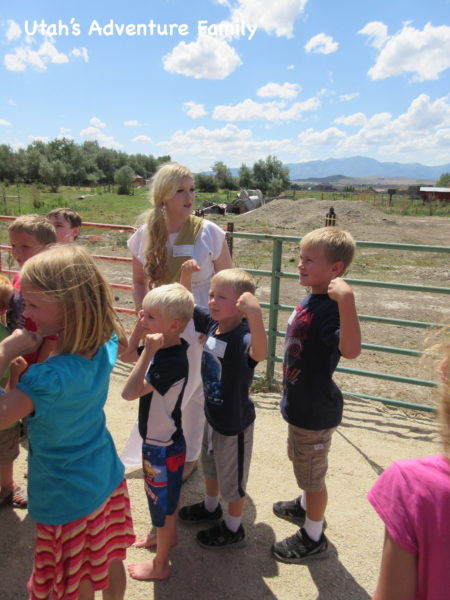 You need strong muscles to be a Hero…well you at least need to be able to pretend to have muscles! Thalia, the muse is making sure. 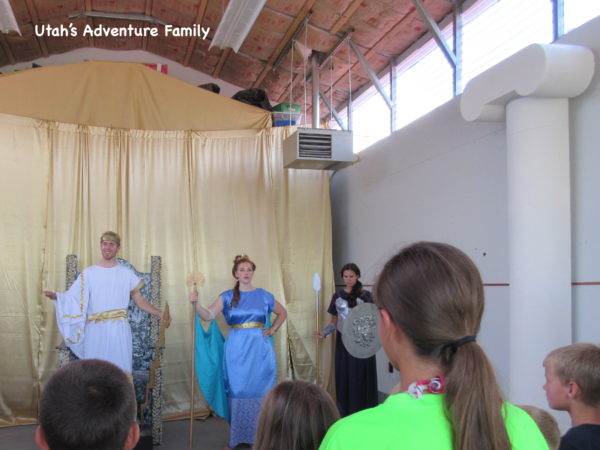 Zeus (along with Hera and Athena) issue the quest to all the heroes in training. 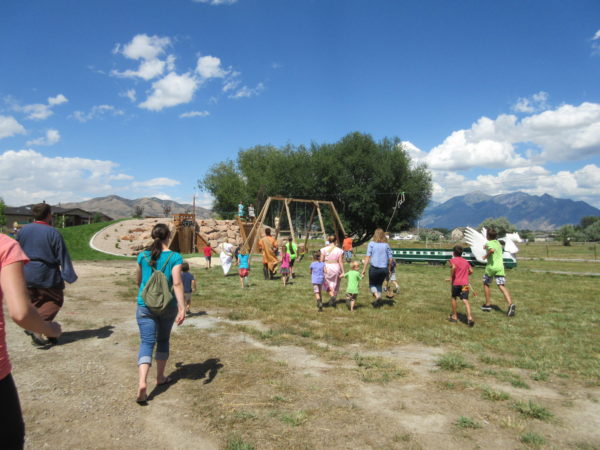 Off we go to defeat the Giant King. The property is spacious and beautiful. 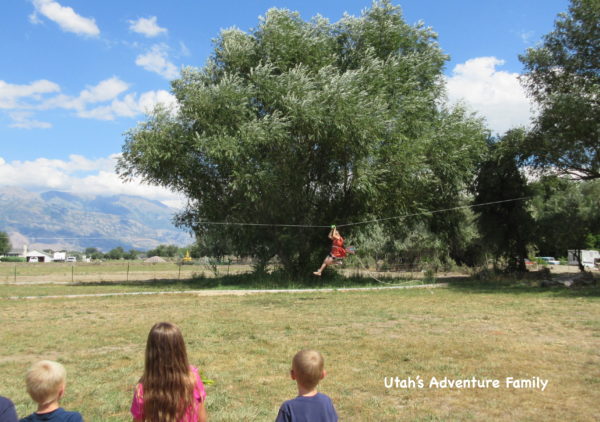 Hermes is off to take a message to the other Gods. 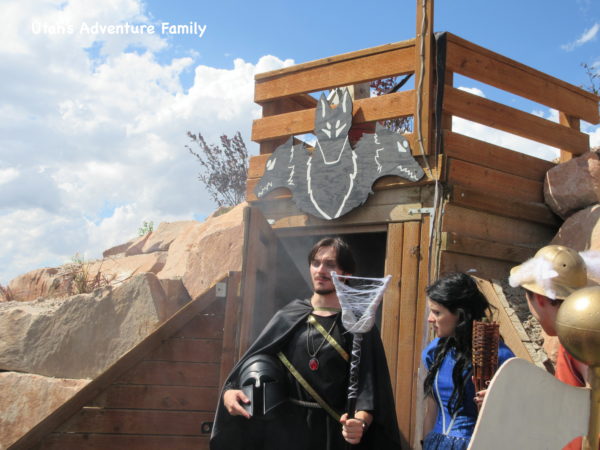 We had to pass through Hades’ realm–the Underworld. 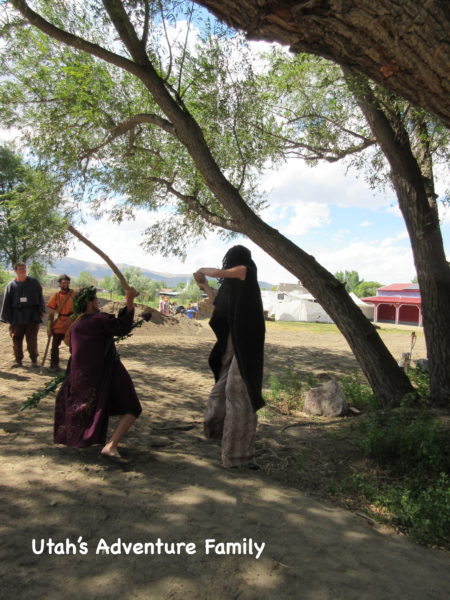 The Giant King was tall, but don’t worry…we beat him! That’s Dionysus on the left.

Hero Quest is super fun and successful because the costumes and actors are incredible. They won’t let your kid stand around, but will seek them out, using their name and interacting with them in character. Though our boys loved it, mom and dad loved it, too.

The quest took about 40 minutes, and we also played in the pond and did the training, so our total time spent was close to 2 hours– about what you’d spend at a movie. Though the $7 per person seemed a little steep, particularly if you have a large family, we will do this activity again for sure. This activity runs this weekend as well, so you’ve got to see Hero Quest fast! 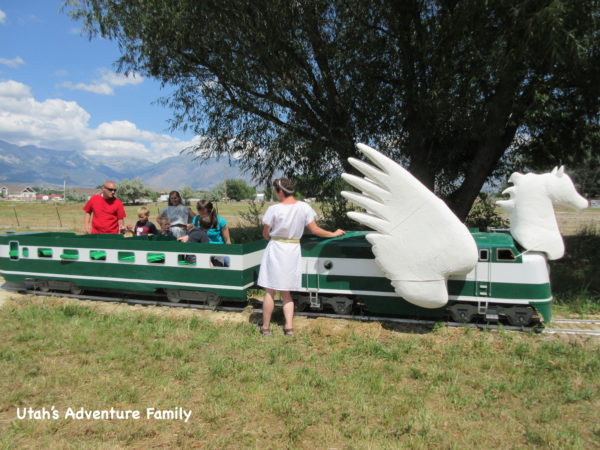 The Pegasus Train was fun. It goes in a small loop, but the kids don’t mind. Ganymede was our guide. 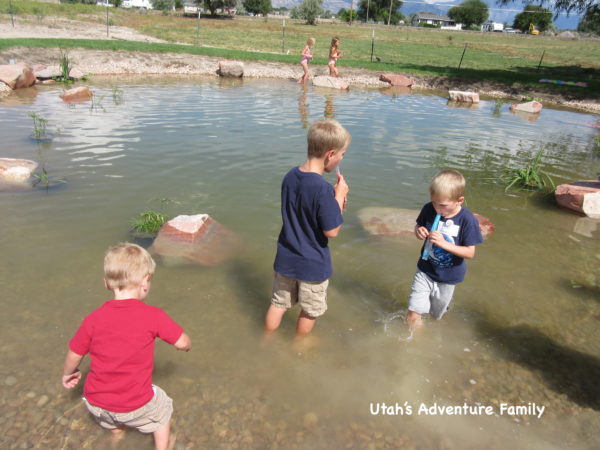 There is a pond for playing in, so bring swimsuits, or at least be prepared to be a little wet. 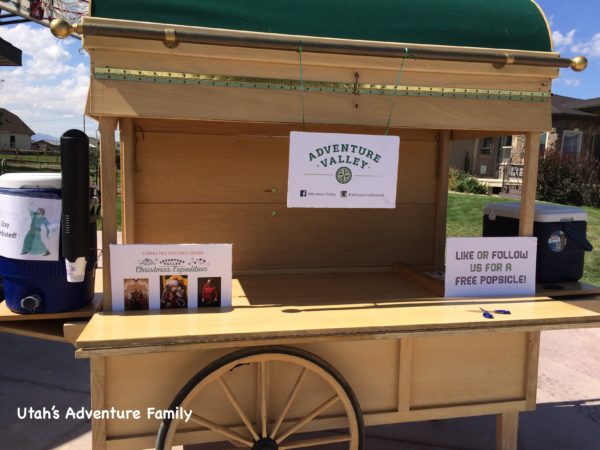 I loved the water stations throughout. Bring a water bottle to save on cups and you can refill as needed.

*We were given complimentary tickets to attend this event. But we have written an honest, unbiased review of our experience