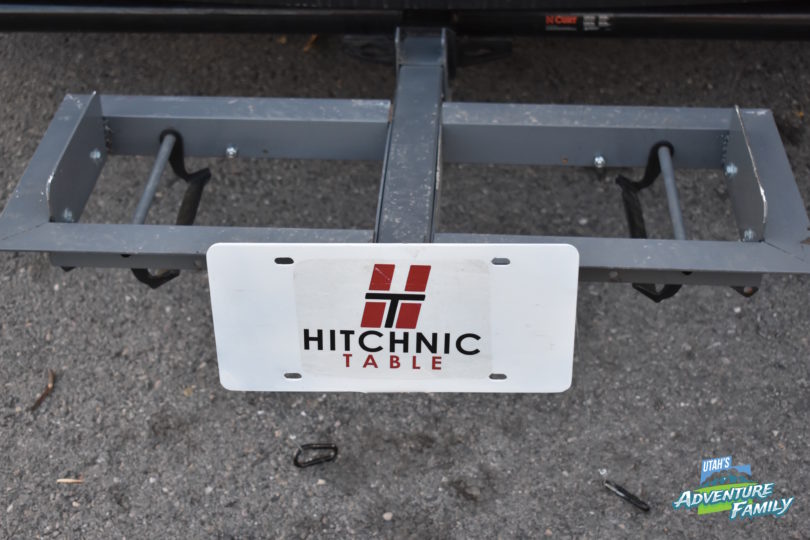 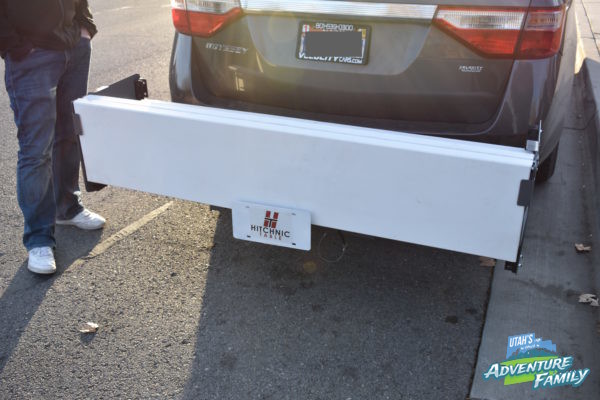 We were lucky enough to have an opportunity to review a brand new product that is only in the presale stages. This product was invented by a Utah Valley man who came up with an idea from a basic camping need. Having 3 kids, he was having trouble getting all his camping gear to fit in his van (we know the feeling!). The most difficult thing to fit was a picnic table. So he invented the Hitchnic Table, which provides extra storage for your vehicle, while doubling as a table.

We have a similar problem when we go camping. We run out of room to fit everything into the back of our van, and have been looking at different options for storing extra cargo. The nice thing about the Hitchnic is that it can carry some of those supplies, but it also handy when you go camping, fishing, or adventuring. You could set it up camp anywhere with this handy table. 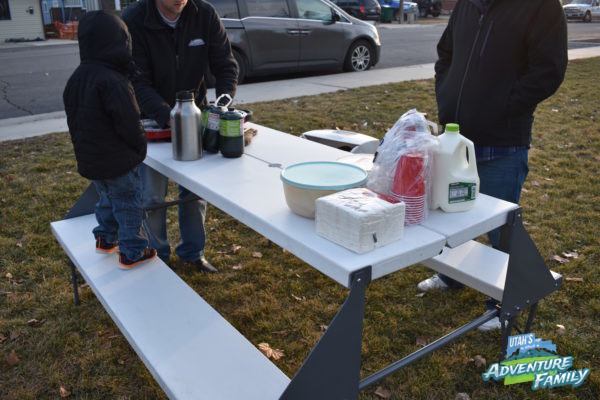 We set up in a park, but the Hitchnic Table goes with you wherever your adventures take you.

We met the owner of the Hitchnic at Wines Park to check out his prototype. The Hitchnic, which is a portmanteau of hitch and picnic, attaches to your vehicle’s hitch. It has enough storage space for a few sleeping bags, camp chairs, or cots. When you arrive at your picnic spot, you can unfold the Hitchnic Table into a sturdy picnic table. (Note: These pictures show a prototype made of wood, but the final product will be made of lighter materials.) 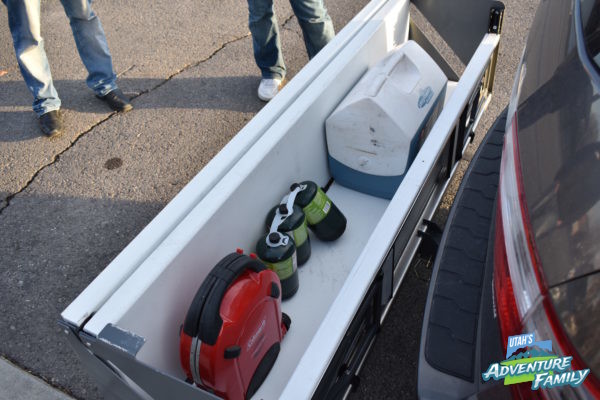 We like that you can store items in the Hitchnic, which helps with the packing problem.

The Hitchnic Table is pretty easy to attach to your vehicle’s hitch (you need a 2 inch hitch receiver), and it can hold up to 350 pounds. Best of all, the contraption is built so that you can open your van’s hatch without removing the Hitchnic. We have thought about buying some type of carrier for the back of our car but always worried about the van hatch clearance, so it was nice to see that the van opened up just fine with the Hitchnic attached. We also appreciate how close the Hitchnic stays to the vehicle. Then we don’t have to worry about a ton of extra space when parking or backing up. 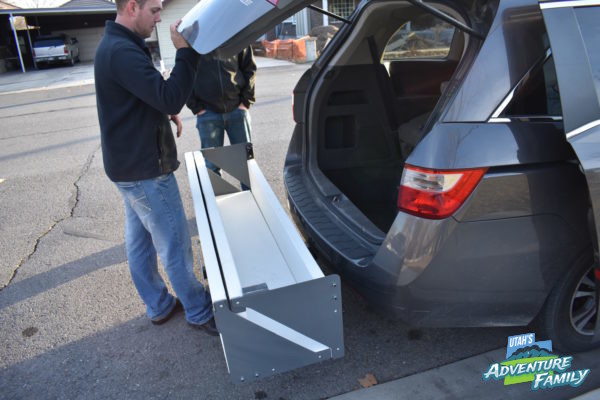 Once we got the Hitchnic removed, we unfolded it into a picnic table, which seats 6 and has a weight limit of about 750 pounds. This seemed just right for our family of five and a little food, though today we just had cookies, milk, and hot chocolate. Unfolding the table only took a few minutes, and we quickly had a sturdy table where we could all gather together. 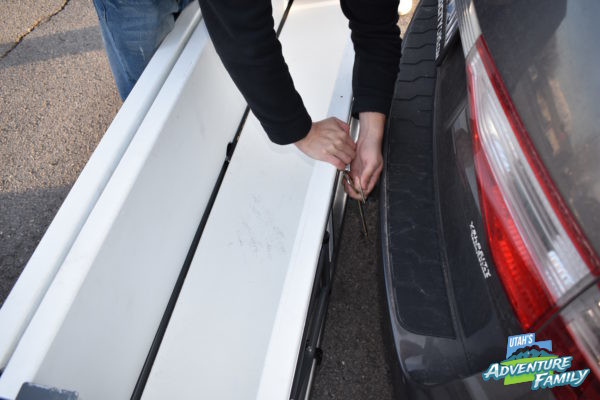 First, you unhook the pins. 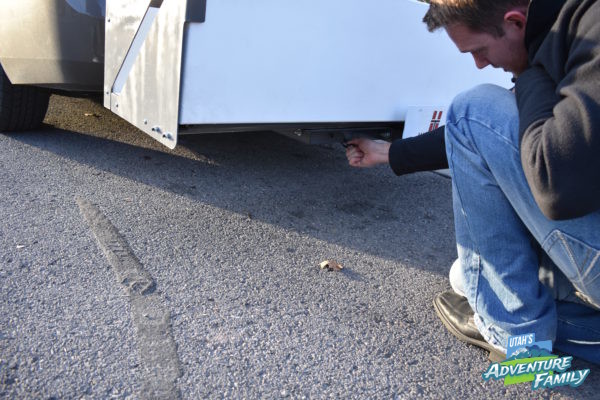 Next, unclip the carabiners that connect underneath. 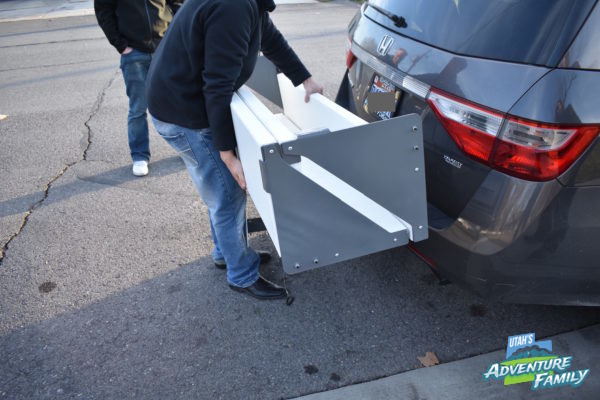 Lift the Hitchnic off the vehicle. 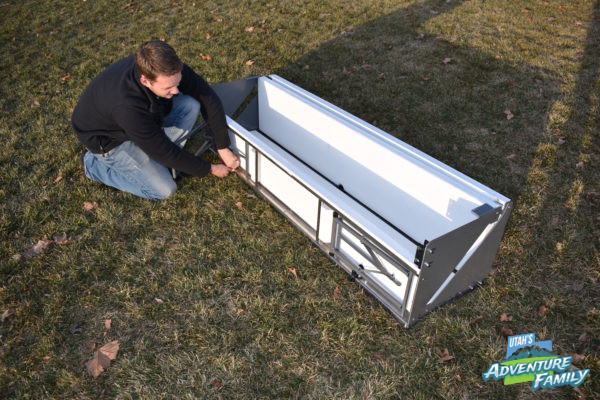 The table is clasped together, so you’ll undo those clasps before you can unfold the Hitchnic table. 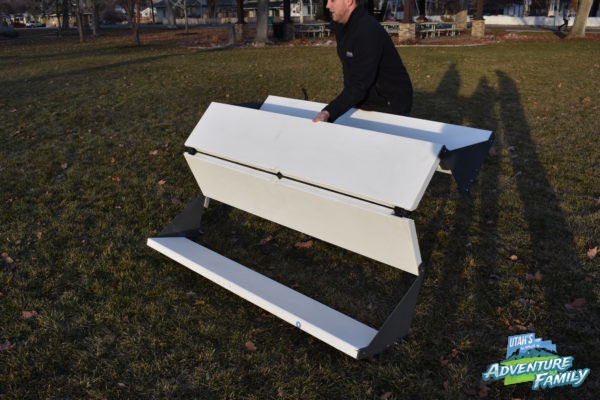 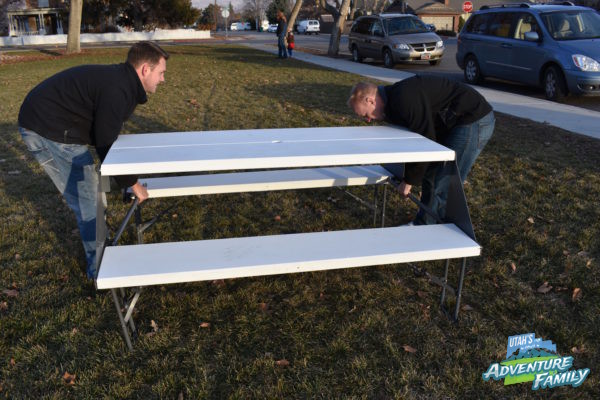 The last step is to set up the legs. 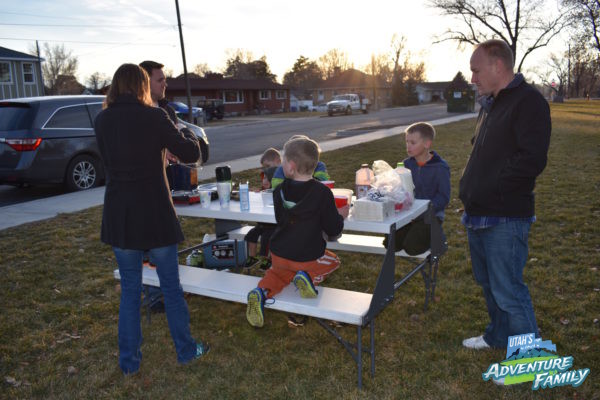 Then you have a table all ready for enjoying time as a family!

The Hitchnic is being funded on Kickstarter, so you can buy it at it’s lowest cost starting at $295 on Wednesday, February 15, 2017 beginning at 6 am. As more and more of the Hitchnics are sold, the price will continue to rise until the product ships, which will hopefully by in summer or early Fall (July 4th is the goal).

To check out the Hitchnic’s Kickstarter page and get it early before the price goes up, visit the following link:  https://www.kickstarter.com/projects/1397706108/hitchnic-table-the-picnic-table-that-lets-you-take

You can also find videos, and more details about the Hitchnic Table on their Kickstarter page. 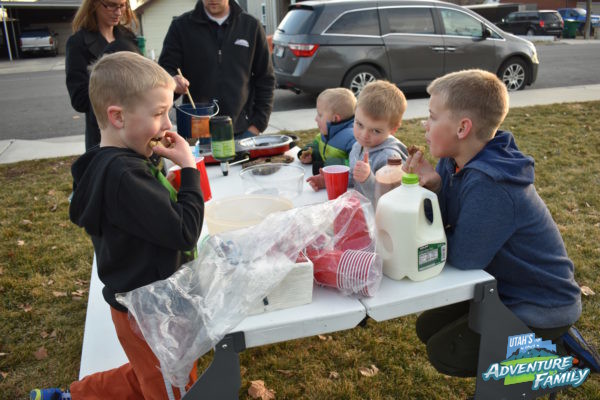 You can see our 4 year old giving the Hitchnic a thumbs up!