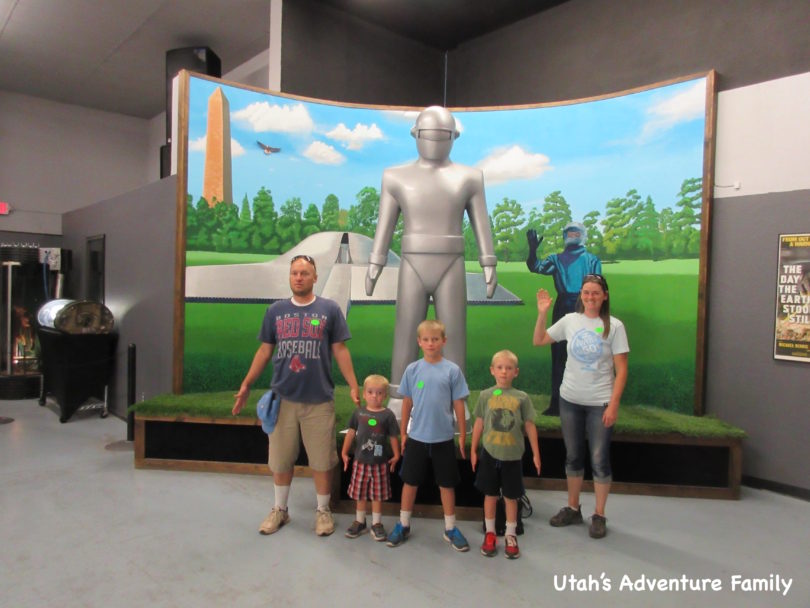 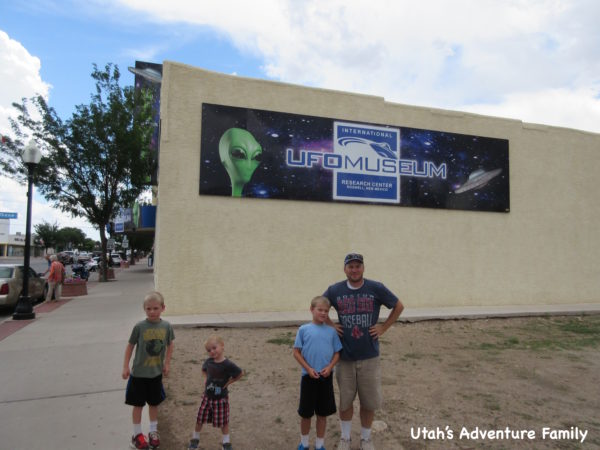 Today we are in Roswell visiting the International UFO Museum. Roswell, New Mexico is famous for an encounter that happened shortly after WWII that is referred to around here as “The Roswell Incident.” The museum tells the story like this:

A farmer, among others heard an earth shattering crash and went to investigate. He saw a pile of debris smoking in the desert and picked up several pieces. He also saw bodies, so he called the cops. A deputy came out to his place, and they looked over the site together. They gathered more pieces of wreckage and put them in a bag. Then they called the federal government. This is where the conspiracy starts. The museum goes on to tell how people who saw the bodies started to disappear. The farmer was told to lay out the pieces for a government inspector. He was ushered from the room, and when he returned, the pieces were gone and weather balloon materials were in their place. Allegedly, the government covered it all up and claimed that a weather balloon crashed. It had test flight dummies on board for some reason, and this is what people mistakenly took for bodies, including a nurse in the hospital. It’s all a very fascinating story.

It was fun to walk around and look at all the newspaper exhibits. There were clips from the Roswell Incident along with many other incidents as well. In addition, there were moving aliens that the boys enjoyed posing with. There was even a section dedicated to alien cartoons. 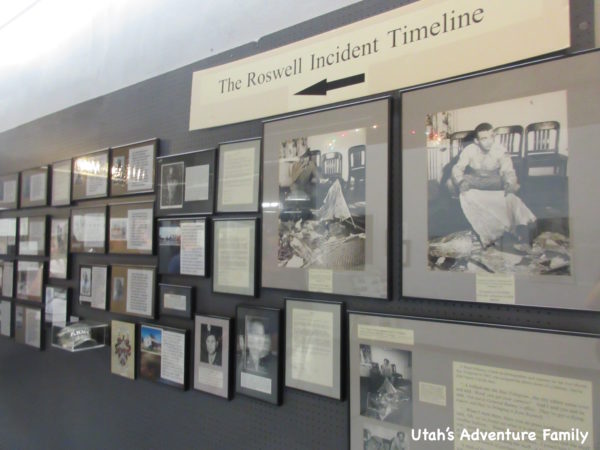 There are a lot of walls dedicated to news stories and testimonies all about the Roswell incident. 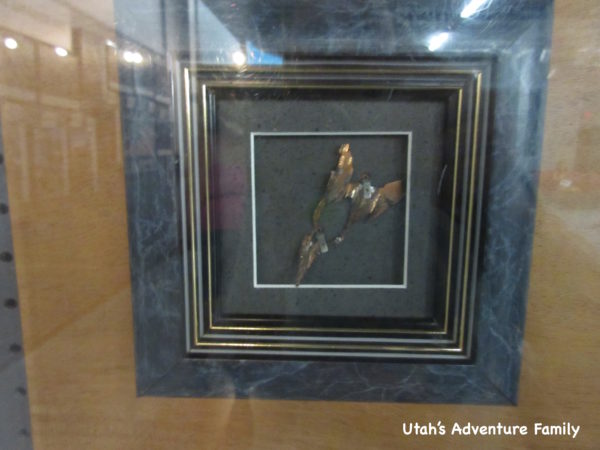 This is a supposed piece of the wreckage from the Roswell incident. 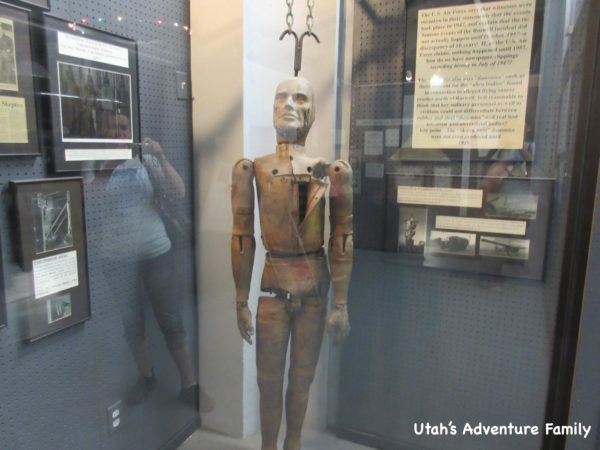 Supposedly the dummy that was in the weather balloon, depending on which side of the story you believe!

We liked the whole “conspiracy” feel of the museum, and the gift shop was even better. They have a ton of novelty items that we couldn’t help but splurge on. If you’re in Roswell, you’ll definitely see the aliens in front of the shops and on the street signs. You might as well stop and learn the story of how Roswell became the Alien capital of the world. 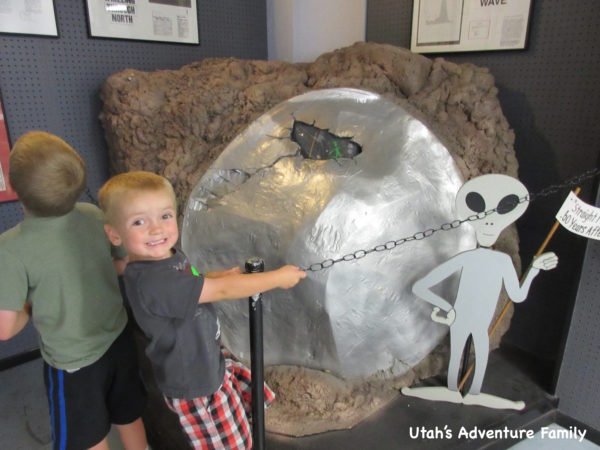 This is the opening display in the museum! 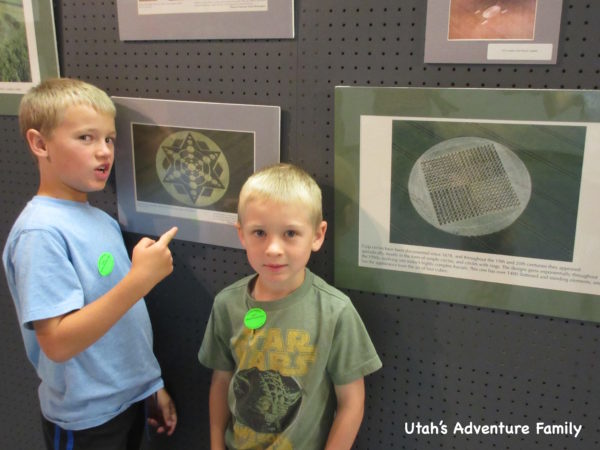 The boys thought the crop circles were interesting. 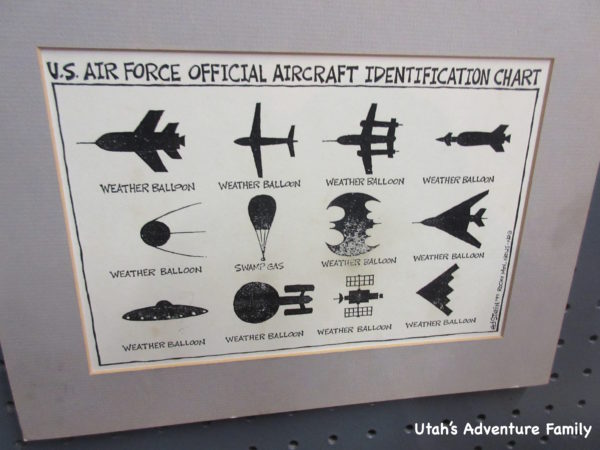 Ha ha! This is pretty hilarious after you read all the conspiracy theories in the museum. 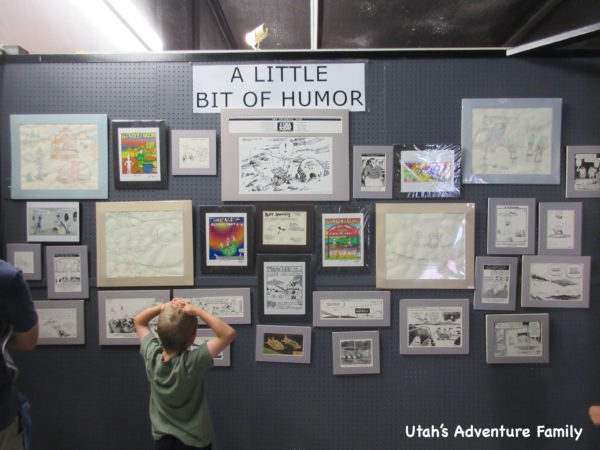 Here is a wall dedicated to cartoons about Roswell. 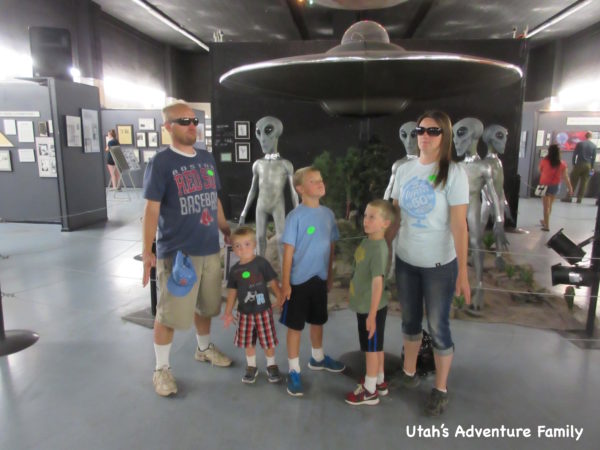 We loved the alien displays. The UFO also lights up and the Aliens turn their heads! Pretty fun!

The International UFO Museum is located in downtown Rowell at 114 N Main Street. It is open Daily from 9 am- 5 pm. 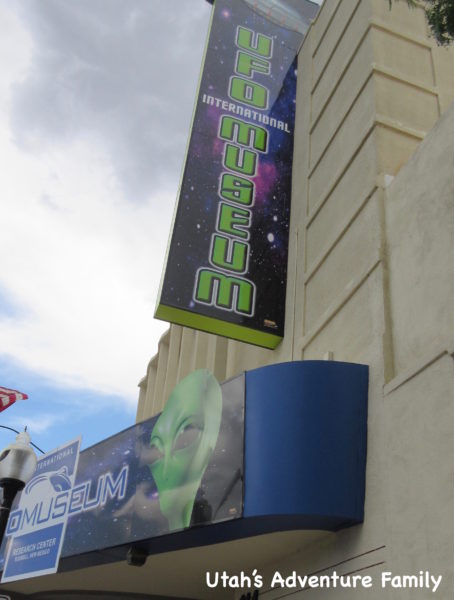