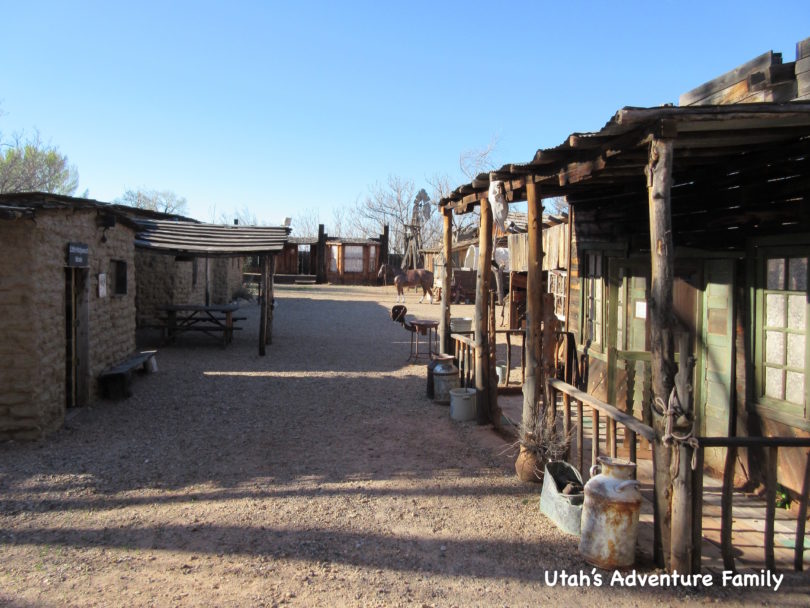 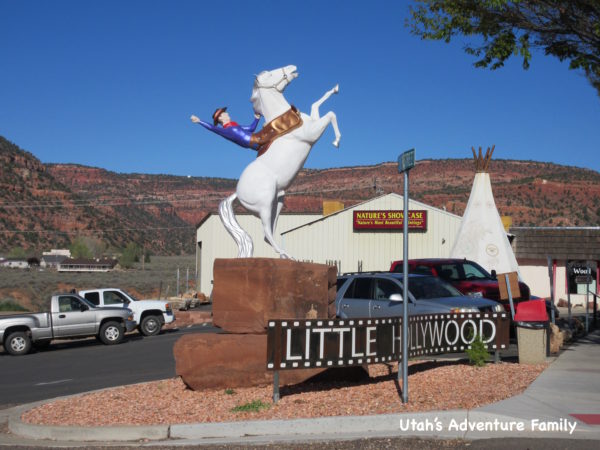 There is a FREE museum attached to a gift shop in Kanab that features old movie items. Southern Utah has hosted a lot of film sets because of its picturesque, Old-West feel. One of the most famous is The Outlaw Josey Wales, which starred Clint Eastwood. 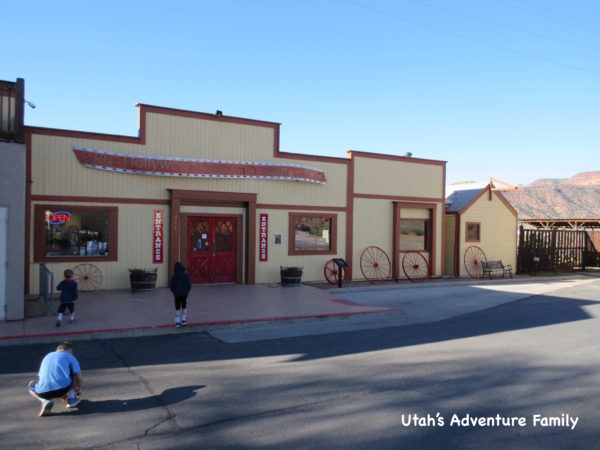 Watch for this building behind the white horse.

The Little Hollywood Movie Museum has collected some of these sets and a few other items and restored them. You can walk though these quaint old movie sets for free (donations are accepted) behind the giftshop. 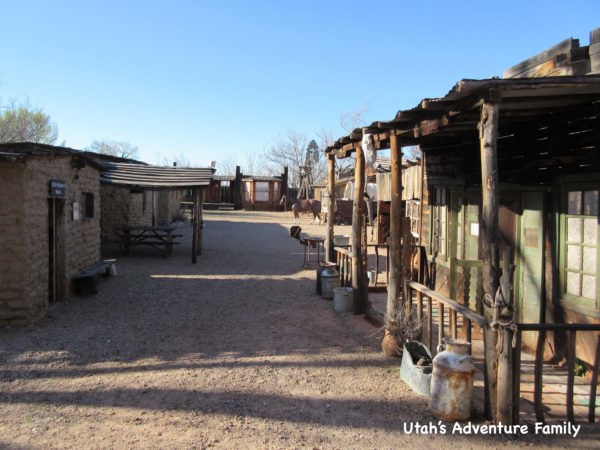 It feels like you’ve stepped back in time to the Old West.

Our boys didn’t know any of the movies that the interpretive signs described, but that didn’t mean that they didn’t enjoy the walk. We looked in old cabins, posed in a coffin, and took photos in front of several old facades. We also watched a short video that described and referenced a few of the scenes that featured the movie sets. 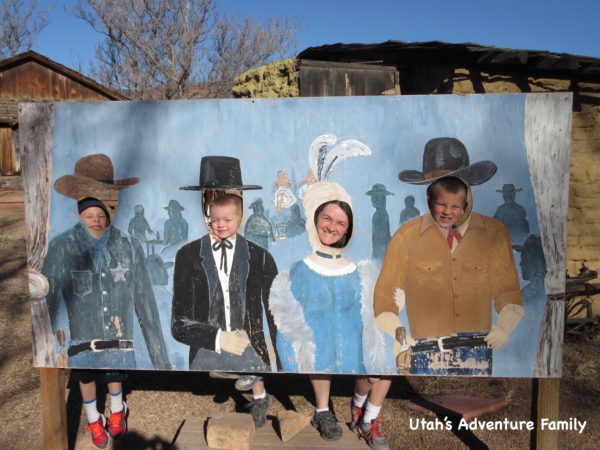 Having a little fun being outlaws. 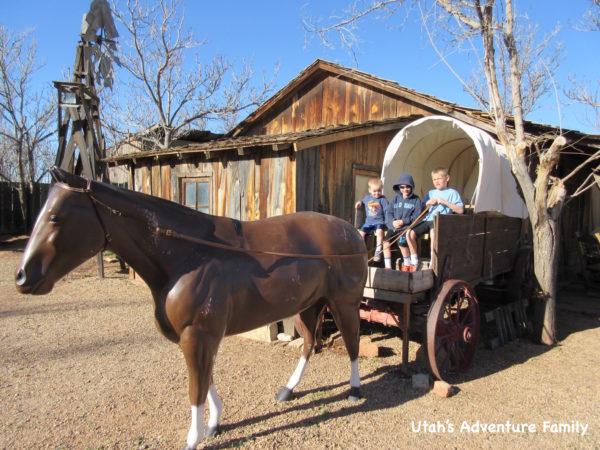 The boys were huge fans of this set piece! 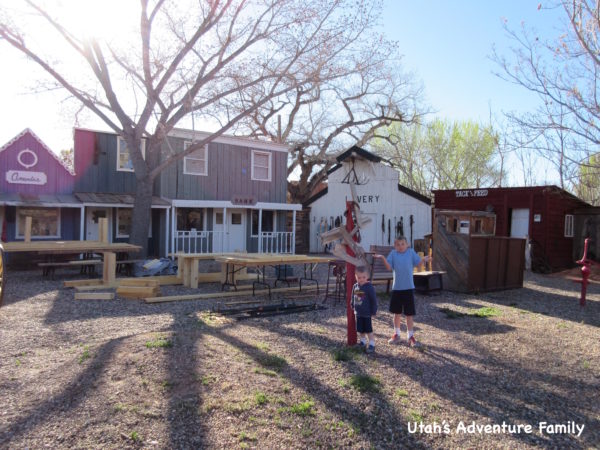 The windows of this set talk about some of the old western stars.

Our favorite part was looking at the front of the sets, and then walking to the back. Most of the time, there wasn’t much back there–just a few boards holding the front facade from falling over. We were amazed that what looks like an Old West saloon is really some cheap styrofoam and one side of a building. 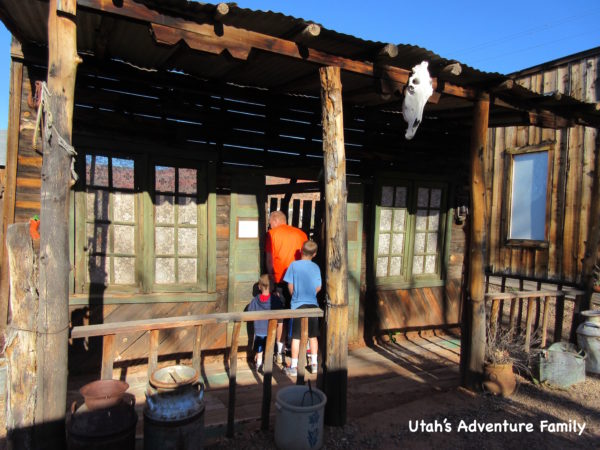 Front of a building…. 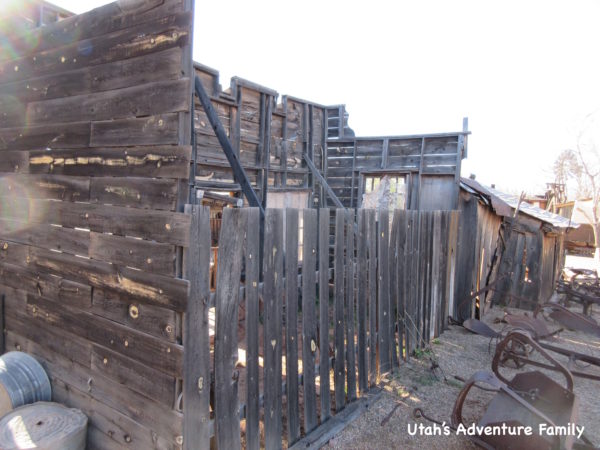 The back of that building! 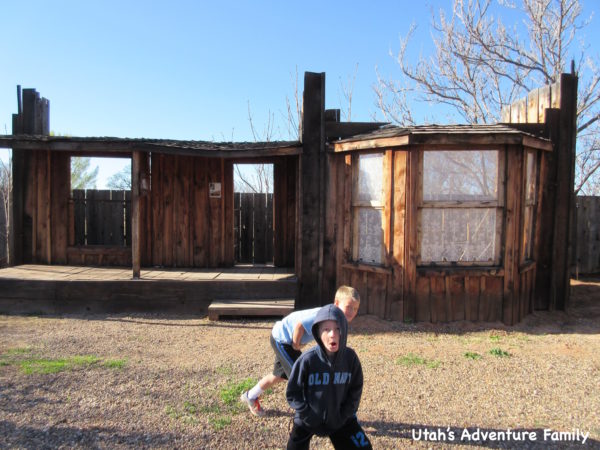 This one is a little more obvious since the doors are missing and there is a fence behind, but this is the front. 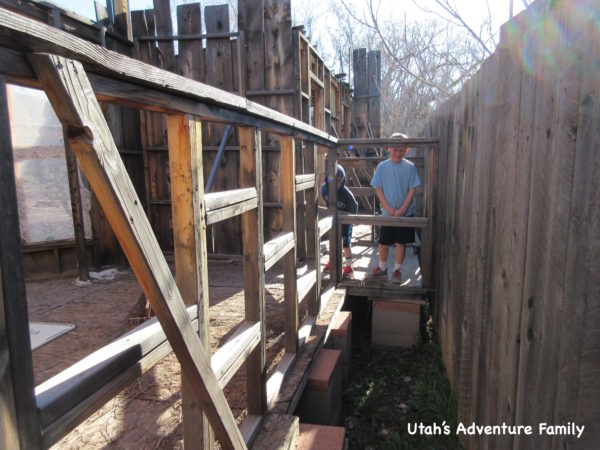 And here’s the back!

Though we wouldn’t recommend traveling to Kanab just for this adventure, it is a great way to spend 30 minutes to an hour if you’re in town.
You can find the museum by looking for the white bucking bronc statue right on Main Street. The official address of the Little Hollywood Movie Museum is 297 W Center St. If you are coming from Zion on Highway 89, as you enter town the road takes a turn to the left, and the museum is right on that big curve. They also have a chuckwagon cookout dinner if you are interested in a big day celebrating the Old West. 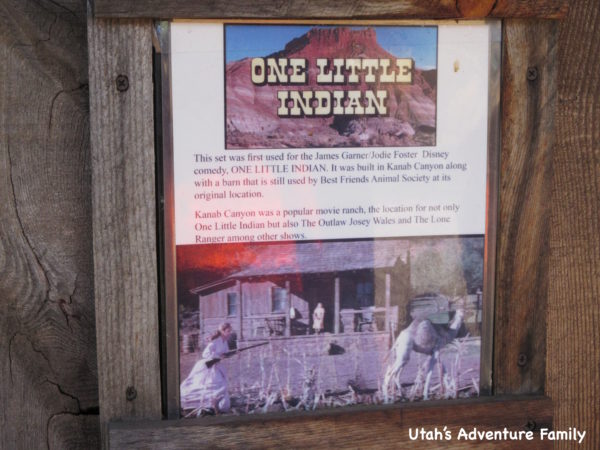 One of the cabins was in an old Disney movie featuring Jodie Foster and James Garner. 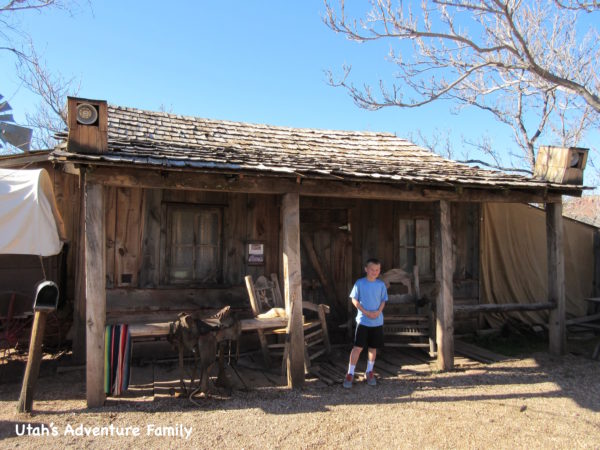 Here’s the cabin from One Little Indian.