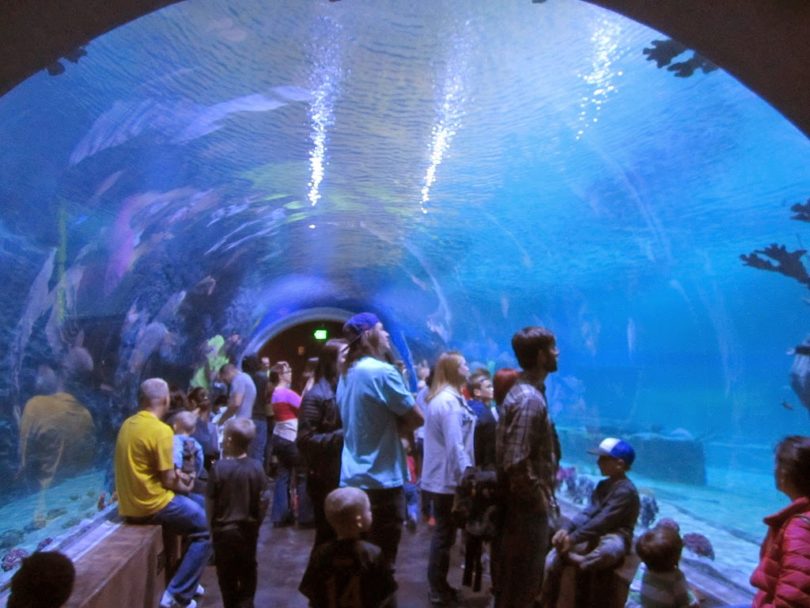 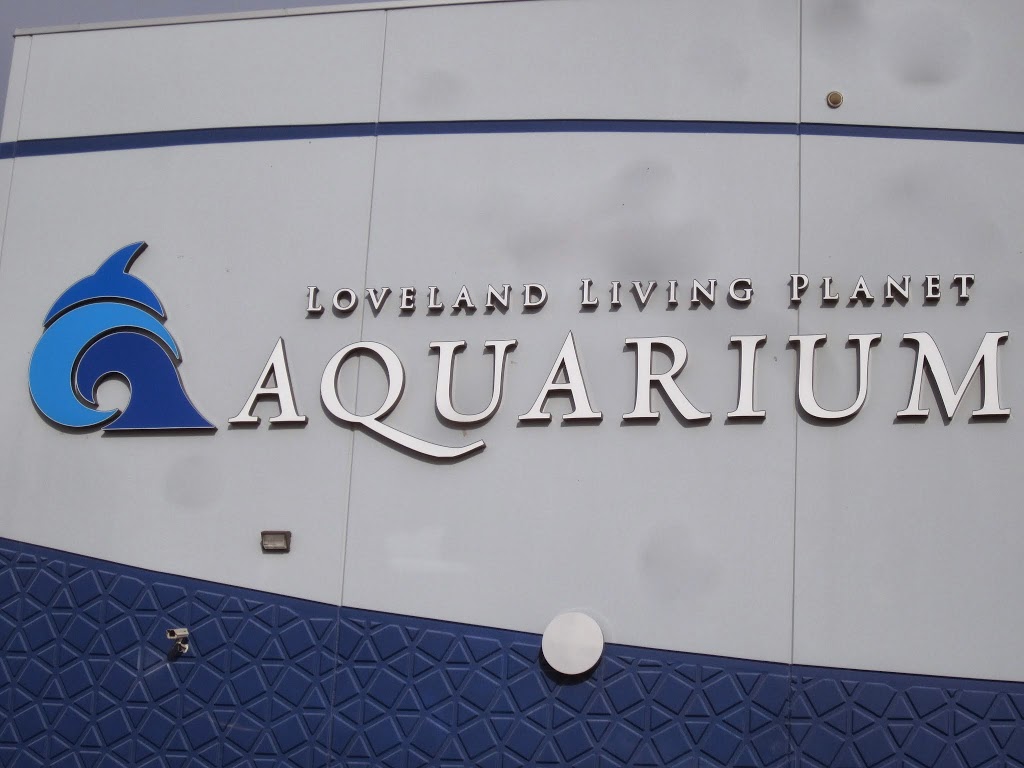 The new aquarium is open. We couldn’t wait to go and check out the new facility. The Loveland Living Planet Aquarium is now located in Draper at 12033 South Lone Peak Parkway. It’s right off the 123rd exit and it has a huge parking lot. We were worried we might not find anywhere to park, but there were open spots when we arrived and when we left. They have definitely planned for large crowds.

We love the new aquarium! It has big open rooms and many more tanks and displays than the old aquarium. The Loveland Living Planet Aquarium kept the same themes that were housed in their old building: Utah, South America, Penguins, & Ocean. It has two stories so some exhibits exist on two floors, but right now most of the animals are on the first level. They are still moving animals in, so if you go in the opening weeks you will see lots of signs telling you what animal will be on exhibit in the future. We didn’t mind, though, there were plenty of things to see and we spent two hours there. I can’t imagine how long it will take us to walk through once it is completely full. The South American exhibit is two stories. You begin on the bottom floor where there is a waterfall and lots of trees and bushes. We saw some insects and arachnids, as well as whistling ducks, but then you work your way upstairs to see the new toucans and tortoises. They have a larger variety of tree frogs now and a larger tank with some turtles, too. The boys loved the new rope bridge to walk across. There was a line up here as people walked across the hanging rope bridge. It was a fun addition. They made this area look and feel like a rain forest with the huge trees and the humidity was killer…I was sweating by the time we walked out.

Next door is the Utah exhibit which I really enjoyed. It is designed to look like the Utah landscape with arches and hoodoos and wooded areas. They have added wood ducks to the display, but kept many of the fish found in Utah, as well as the otters. The otters were the most playful I have ever seen them. I don’t know if they love their new habitat or what, but they were playing and climbing all over. We spent a long time watching the otters.

Afterward we headed to the Penguins which is also a two story exhibit. On the 2nd story you can watch the penguins out of the water as they dry their wings or dive into the water and swim near the surface. On the 1st floor you can look at them swimming deeper into the water which wasn’t nearly as fun, but I was still glad they had both options. After you leave the penguins, there is a small jellyfish exhibit that isn’t attached to anything, so don’t miss it.

The final exhibit was the Ocean Explorer which is by far the biggest. There are two different touch pools in this area (they weren’t open yet), and there are many different fish: seahorses, octopus, many coral reef varieties, and you end with the best part of the aquarium–the shark tunnel. I don’t know if that is it’s official name, but it was amazing. You walk right under the rays, sharks, and other fish swimming all around you. The tunnel was packed with people, but you could still see very well. My boys kept finding new fish they had to show me. We spent a long time here as well. After you finish walking the tunnel, you come around the corner to two huge windows into the tank. You can see the sharks really well here too, but it’s not as fun as watching them swim over you.

The aquarium is also stocked with a gift shop and a small cafe, as well as a 4D movie theater. They currently have two different movies playing–we did not watch one today. There are also plans to have an interactive area for the children, but right now there are a few open rooms on the top of a large ship.  The only problem we found with the aquarium is the price. With the size of the building, we all knew the price would go up, but for a family of 4 (2 adults & 2 kids) to visit the aquarium it now costs $54. That is expensive. It pretty much forces people to buy a family pass which costs $150. Then, as long as you go three times a year you have paid for the membership. The memberships also give you some tickets to the movie theater.  We had a wonderful time at the aquarium and because we splurged on a family pass, we can’t wait to go back in a month or so and see what it is like with all the animals inside.  The Loveland Living Planet Aquarium is open daily from 10 am – 6 pm.