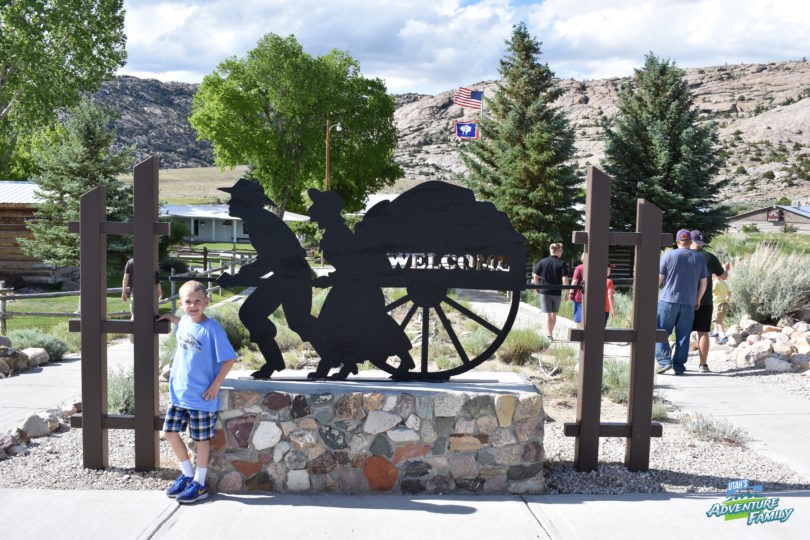 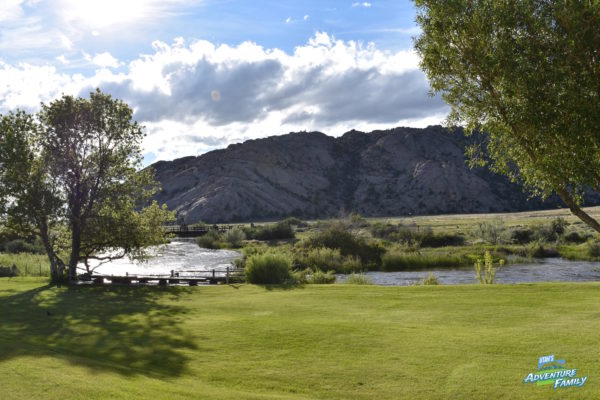 Martin’s Cove is a beautiful place!

Martin’s Cove is pretty far out of the way in central Wyoming. It is a neat spot, though, if you are road tripping toward Mount Rushmore in South Dakota. This site celebrates the rescue of the ill-fated Martin and Willie Handcart pioneer companies. In 1856 they got a late start on their way to Salt Lake City and were not going to make it before winter struck. Brigham Young sent out search parties (that included our ancestors) to help bring the starving people in. Martin’s Cove is a sheltered area on the banks of the Sweetwater River where the Martin Handcart Company suffered through a storm before being rescued. 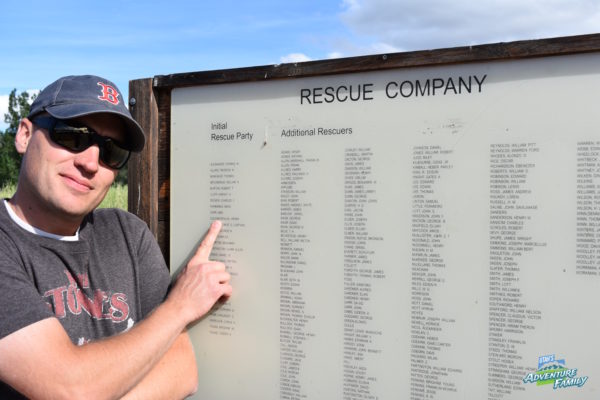 There is a large board with all the rescuers and the members of the pioneer companies who were stuck. We have ancestors in both!

There is a large Visitor’s Center at Martin’s Cove, and like most LDS museums, it is free. A friendly tour-guide walks along with you and tells the story of the crossing of the Martin and Willie Companies. Our guide related the history of how they started late, ran out of food, and lost about one-fourth of the company to freezing and starvation. There is also a short video that tells the story of a member of the company named McBride. He wrote a detailed journal about the misadventure. 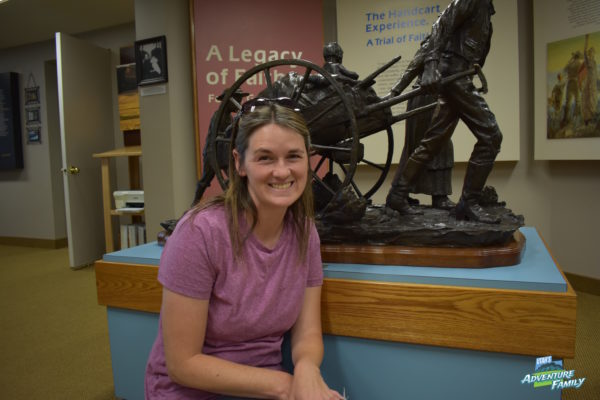 The Visitor’s Center walks through the timeline of the pioneers, especially those two companies who left late. Our guide gave us lots of details as we walked through. 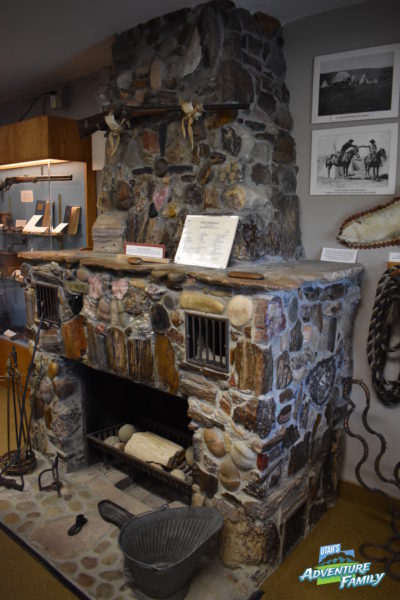 This was one of the neatest parts of the Visitor’s Center. There is a little history about the family that owned the land before it became a Church History site. This was the fireplace that they built with rocks that had been collected, as well as some petrified wood. It is so cool!

Aside from the Visitor’s Center there are several other buildings. We visited a chapel, a blacksmith shop, a cabin, and another small museum full of artifacts. We were guided through these buildings as well. Our guide even told a story about a wedding ring made of a horseshoe nail and gave a ring to each of our boys. 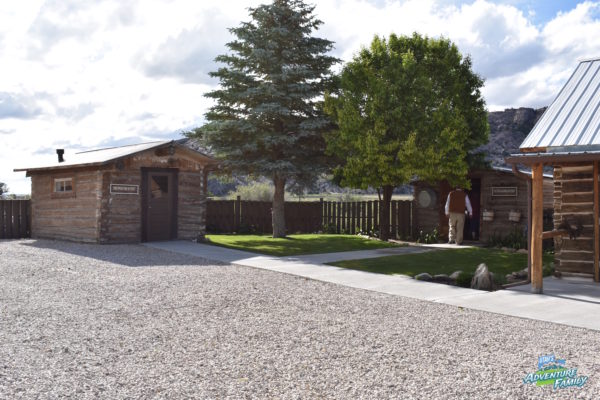 There are many little buildings with pioneer artifacts and stories to read. 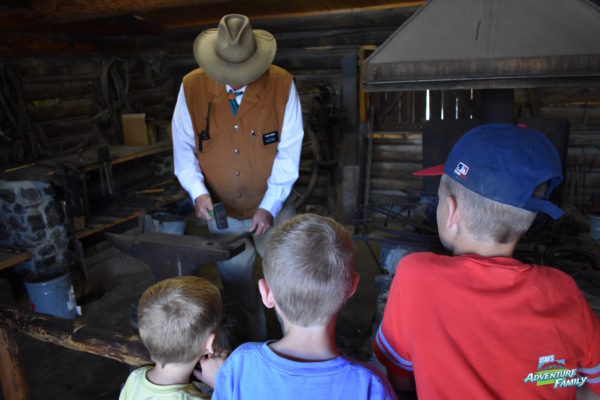 We enjoyed the blacksmith shop, and the boys loved receiving their own ring made from a square nail. 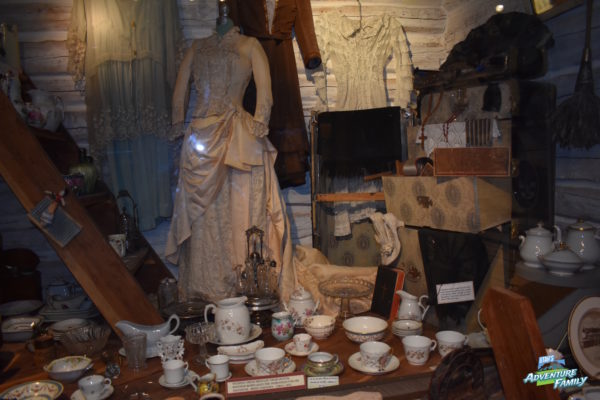 Each building has lots of artifacts and treasures from the pioneer era.

There is also a replica of Fort Seminoe at Martin’s Cove. The fort was very small, but the buildings have been recreated. You can see actual artifacts that have been uncovered from the fort, and there is another building that tells the story of the twenty men who spent the winter guarding the wagons while everyone else was rescued. These men nearly starved to death, too. On the back wall of this building is a .22 rifle owned by my great-great granduncle when he was a part of the Martin Company. 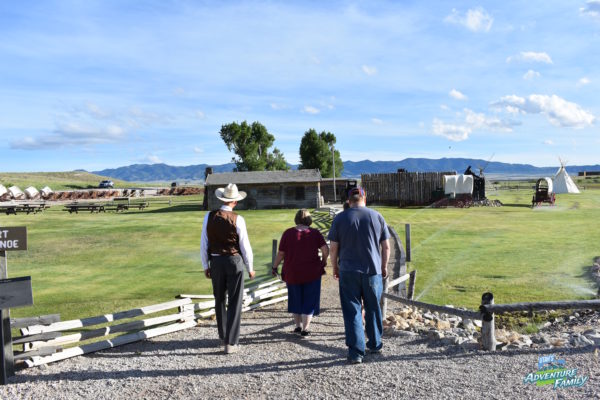 We loved our tour guides who walked with us and answered all of our questions. 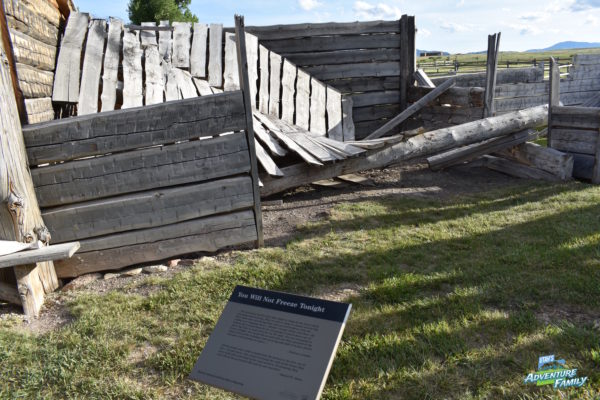 We enjoyed reading the stories on these little signs as we walked the grounds. 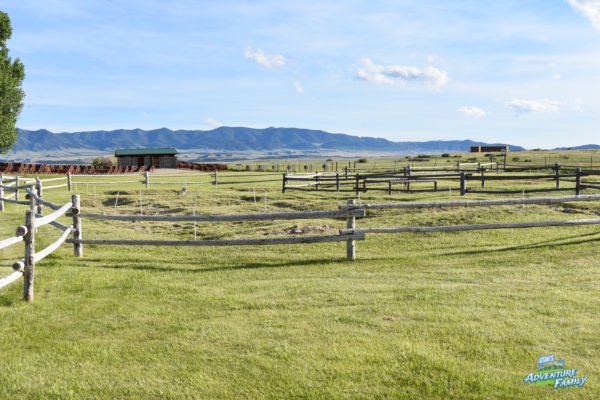 That is where the actual Fort stood, but it has been rebuilt in a different location. 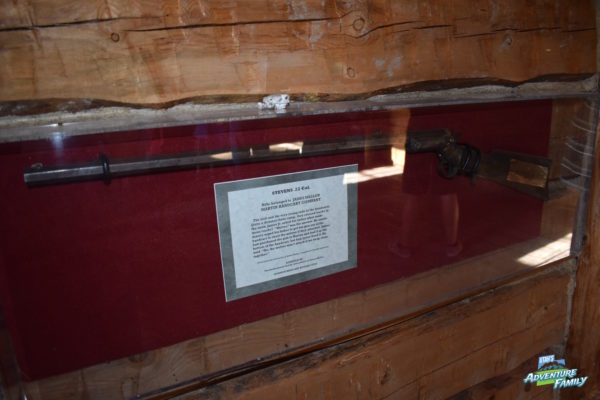 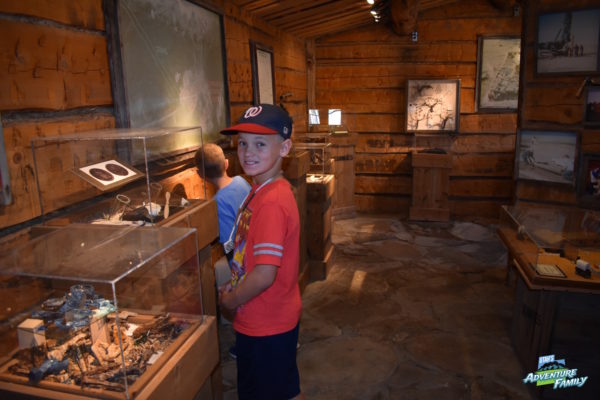 There are lots of interesting things at Martin’s Cove.

Martin’s Cove is definitely worth a stop if you’re in Central Wyoming. We saw rabbits along the trail and enjoyed a view of Devil’s Gate. There was also a 4 mile hike roundtrip into the cove, but we didn’t get to do it because of time. Instead, we settled for pulling handcarts around a short little wagon track that was just right for the kids. Martin’s Cove is a great stop to celebrate the pioneers of the American West. 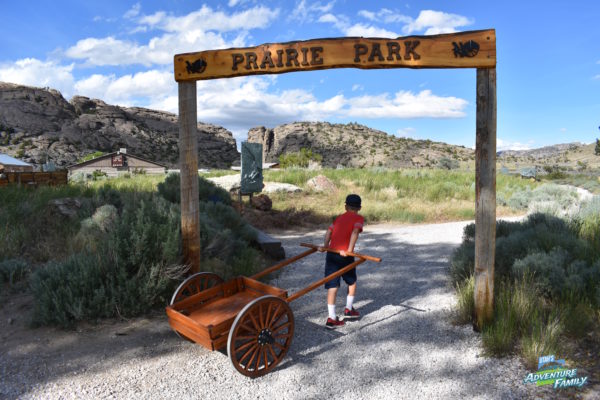 The highlight for our boys was pulling the handcarts. 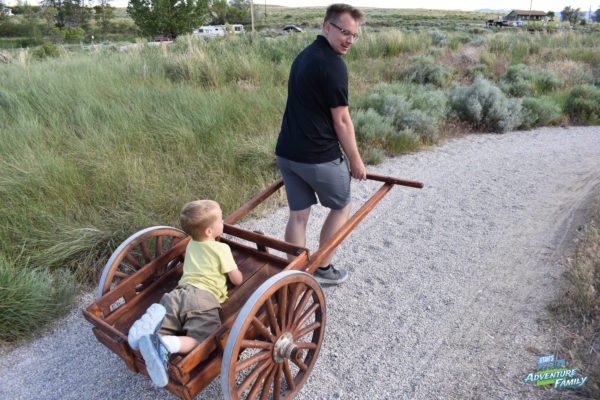 Well, some of us pulled while others took a ride! 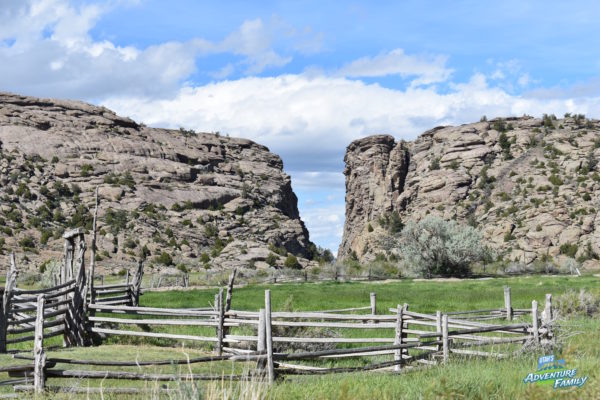 This is Devil’s Gate where the Sweetwater River comes through, but it was a big landmark for those traveling across the plains.