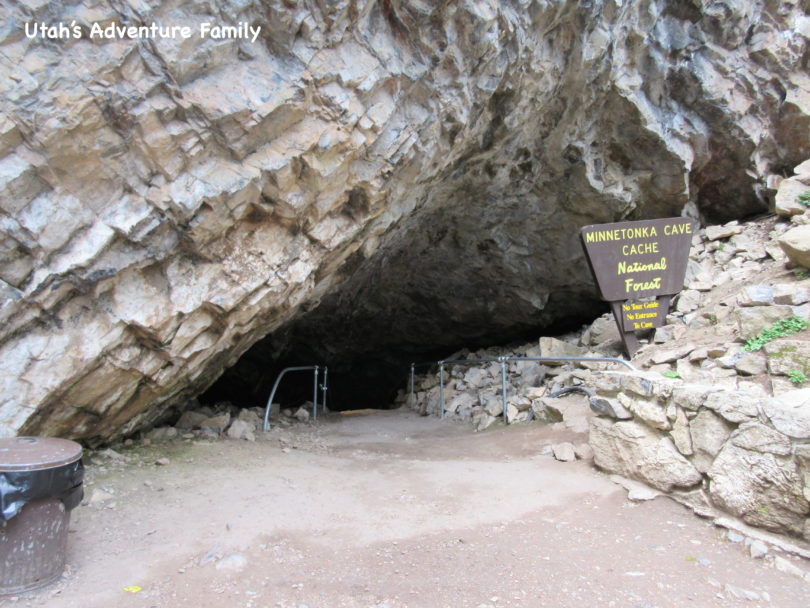 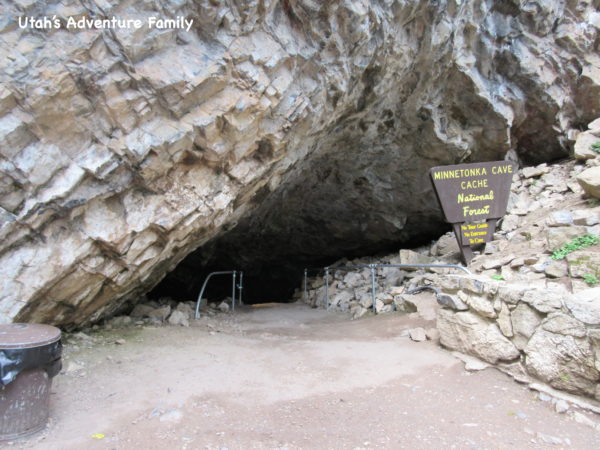 I’ve had my eye on Minnetonka Cave since long before Utah’s Adventure Family was even a family. So on a recent trip to Bear Lake, we decided to take the plunge.

Minnetonka is a guided cave tour, and it is really quite busy in the summer. If you’re thinking about showing up at 9:45 and getting on the 10:00 tour, you’re going to be disappointed. That’s the reason they request that you get a reservation in advance for large groups (the problem is, you have to get it 2 weeks in advance). 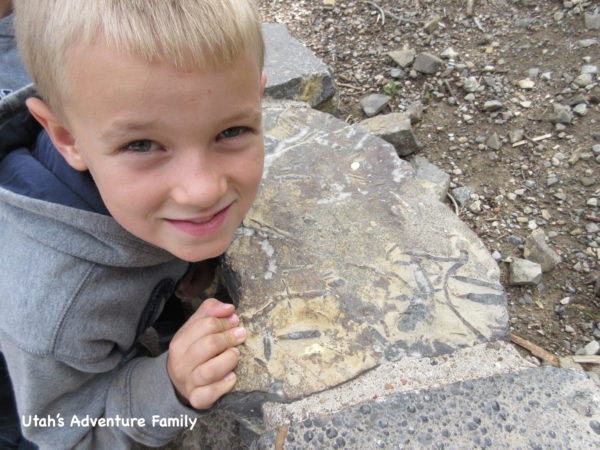 While you are waiting for the tour to start, look at the rocks in the rock wall near the sign…we found lots and lots of fossils in the rocks.

The cave is really nice, though. We’ve visited a lot of caves, and what we liked about this one is how open it is. Some of the caves we’ve been in have been pretty tight and in Timpanogos, you have to do some pretty narrow stuff, even though it’s guided. Minnetonka though, is very open. It’s also very wet. This cave is alive, and water will drip on your head. 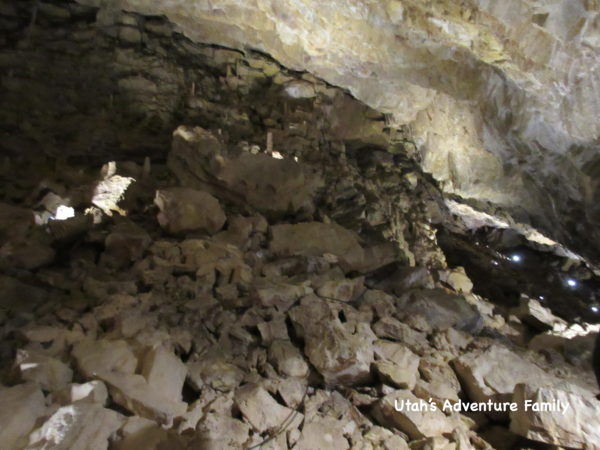 It’s hard to capture the size of the rooms. They are huge! 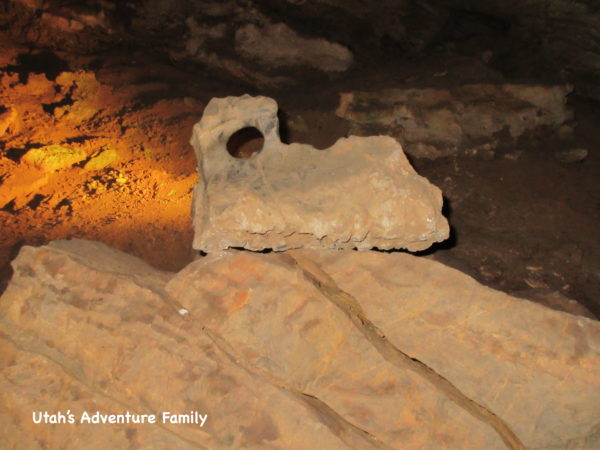 Watch for the train rock on the cave tour. 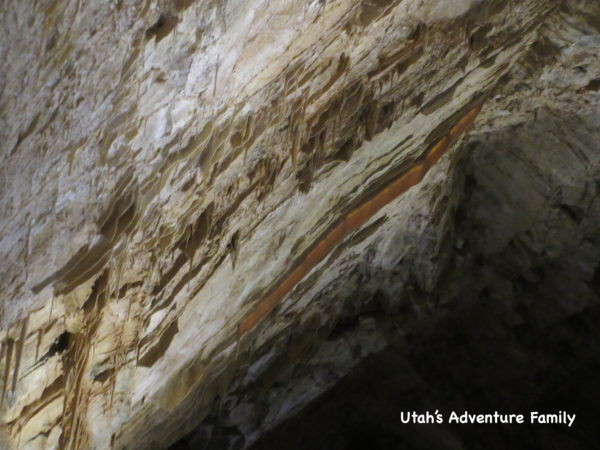 This cave bacon is like 20 feet long. It’s awesome! 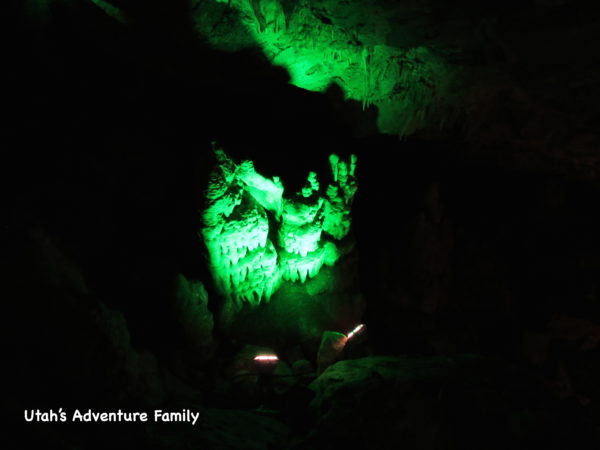 Some of the cave features are lit up in different colors like this one they call Kermit. 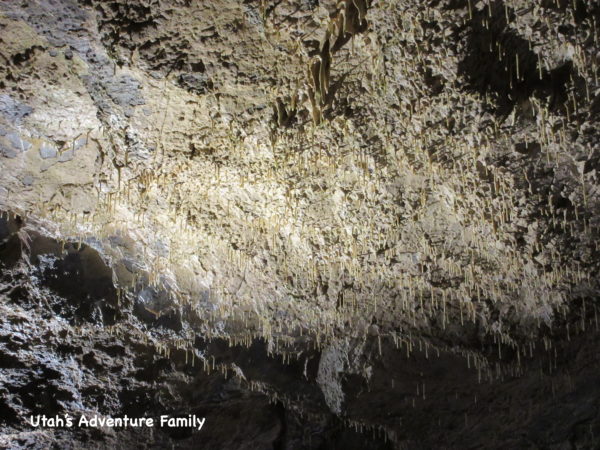 Lots and lots of soda straws.

If there’s a draw back to this cave, it is the stairs. As you go down deeper into the mountain, you go down a lot of stairs (almost 900, they say). These stairs tend to be a bit wet and slippery in places, too. Our boys ages 3, 6, and 9, did very well, but we were glad that grandma and her bum knee decided not to come along. 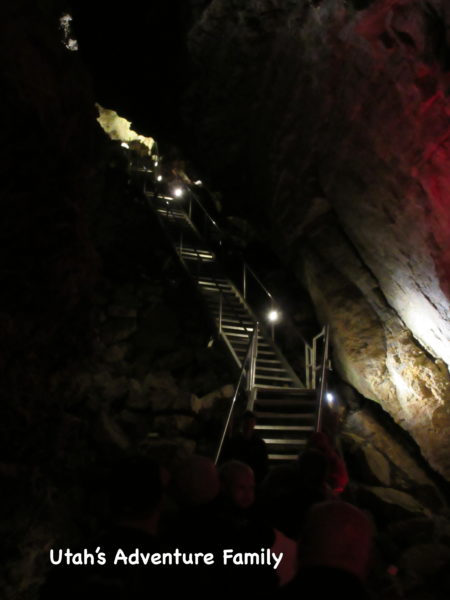 There are A LOT of stairs. So make sure you are able to go up and down. 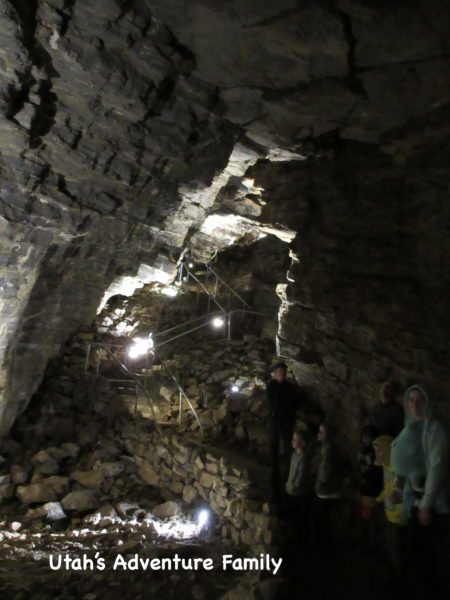 Another set of stairs. See how open the cave is. There are huge rooms.

One interesting thing we learned is that Minnetonka is a true cave– that is, it only has one entrance. In other words, you will go out the same opening you came in. This is not true of most of the other caves we’ve visited.

After all that waiting, Minnetonka Cave didn’t disappoint. You should definitely visit if you are in the Bear Lake area. 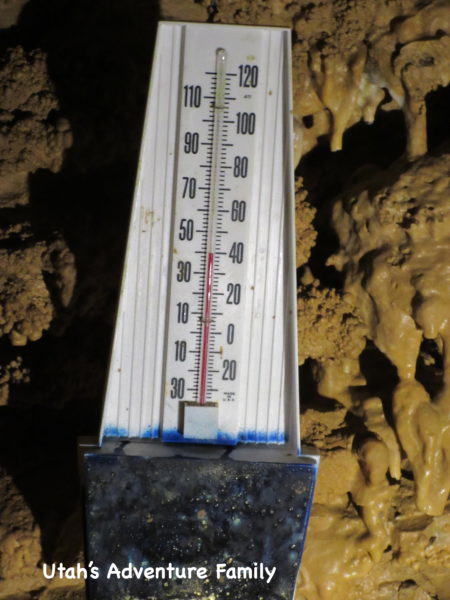 Minnetonka Cave stays a cool 40 degrees, so bring a jacket and gloves. 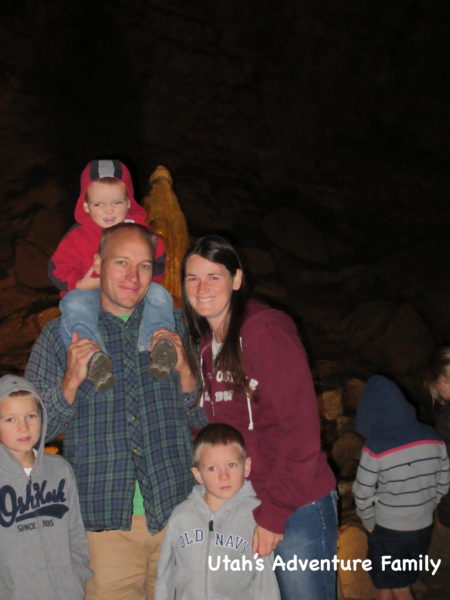 This is the final room in the cave. They turn the lights out here so you can see true darkness. 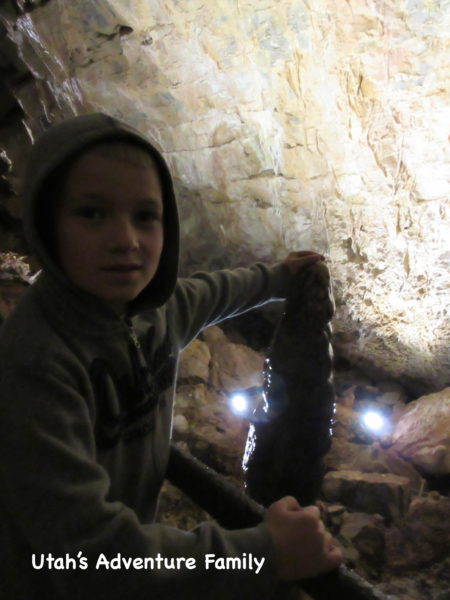 This is the only stone in Minnetonka Cave that you are able to touch.