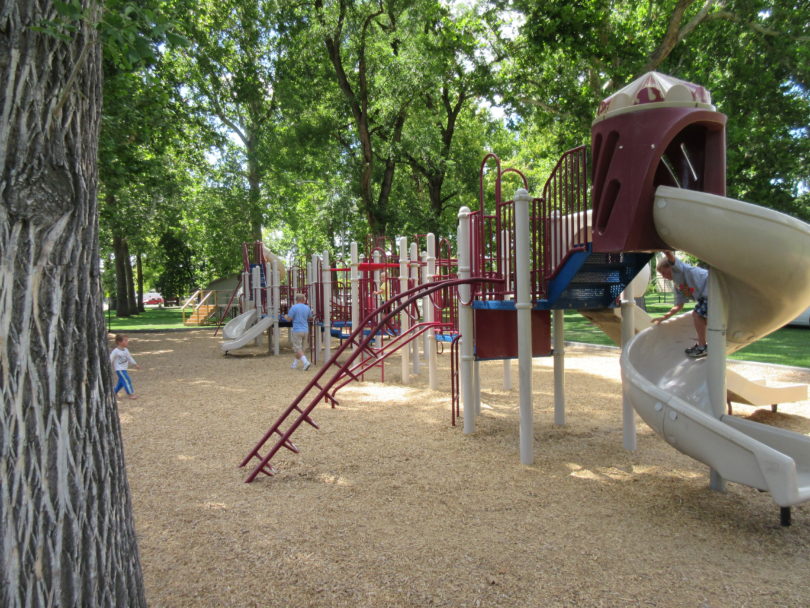 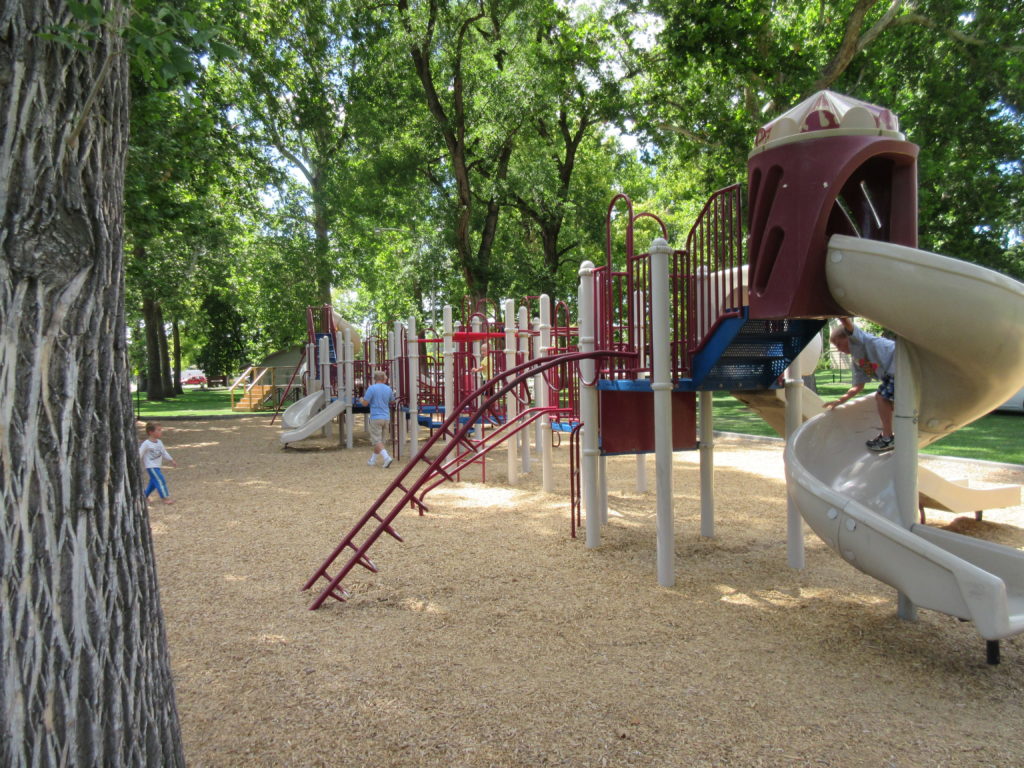 It has a large playground!

We stopped by a new park in Provo today. This park has been in the middle of Provo for a hundred years, so there are towering trees that provide a lot of shade, which is a plus. There are also two large pavilions and restrooms, which are convenient.

The park toy is really large, and generally geared toward larger kids. Our 2 year-old couldn’t do much other than the slides, but the 8 year-old had plenty to do. There were quite a variety of climbing parts to this park which was fun for the older boys, but made it more difficult for the 2 year old.  There are also plenty of benches around the play area, which is nice for parents. This park would also be a great place to spread out a blanket and have a picnic. 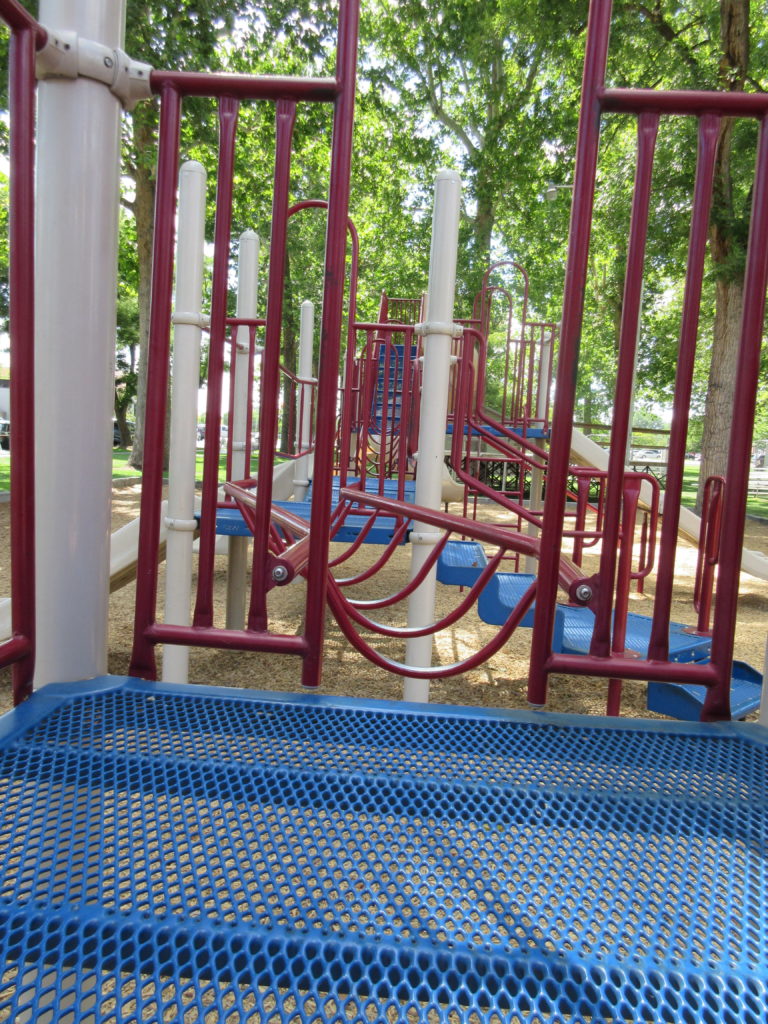 Our two year old couldn’t walk between the sections on this bars, but he still had fun! 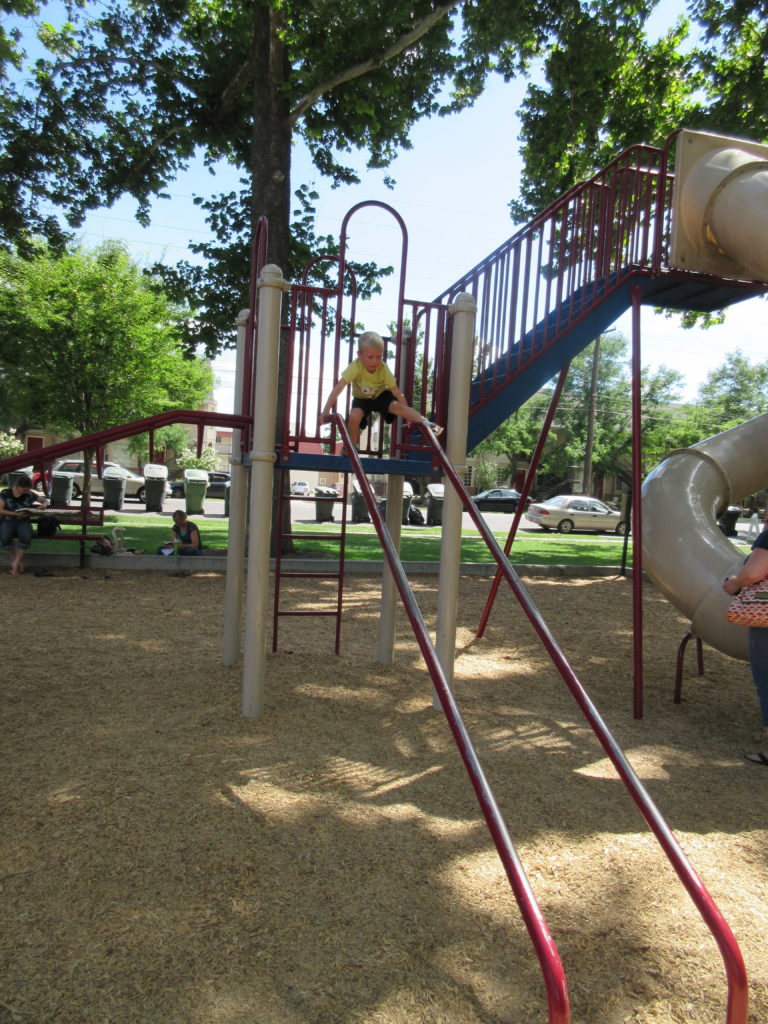 There are some different climbing toys that other parks don’t have.

North Park is located on 500 North and 500 West, and you can park on the west or south side of the park. It is located next to Provo Pioneer Village, Provo DUP, and the Provo Rec Center and Pool. 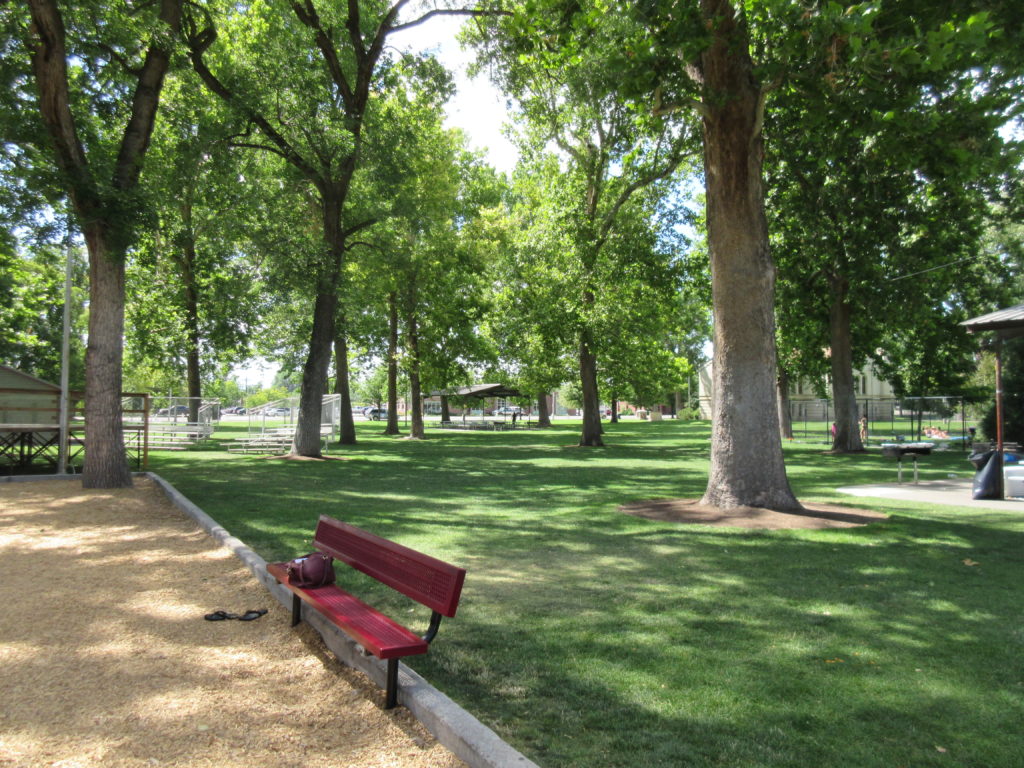 It is super shady! There are two large pavilions, too. 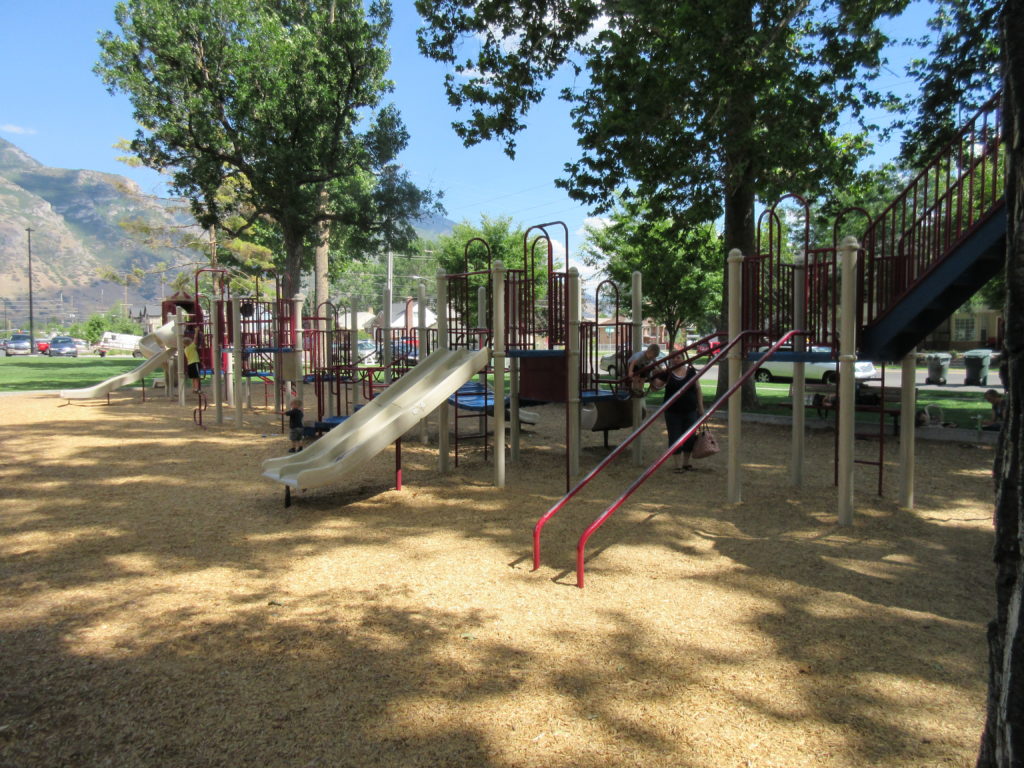 North Park is a good stop to play.