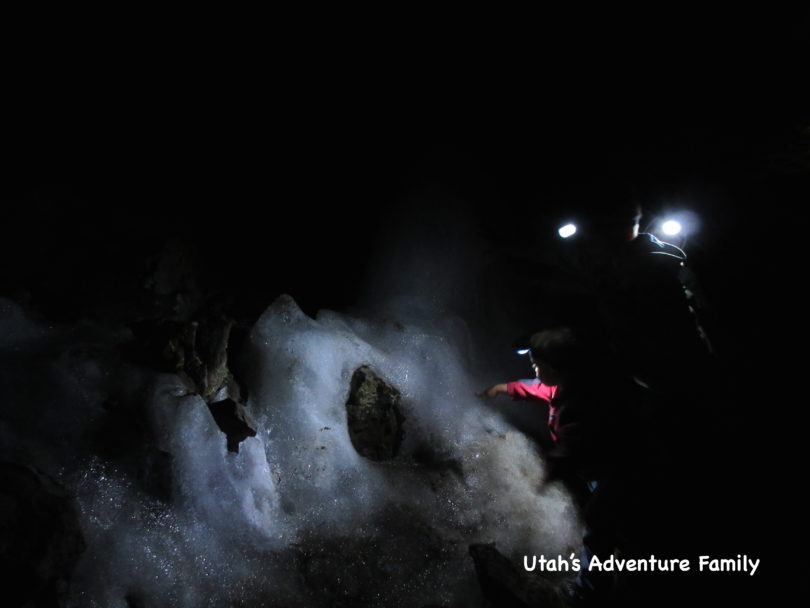 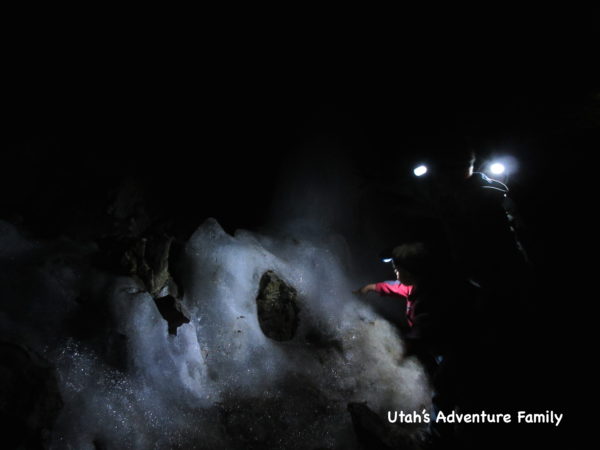 Paris Ice Cave…serious amounts of ice inside even in July.

We are pretty serious cavers around here. We like the serious caves like Timpanogos, Lehman, and Minnetonka, and we’ve also tried a few mines like Patsy and Ledgemere, and we’ve even done some lava tubes at Craters of the Moon and Meadow. So we couldn’t miss a chance to visit the Paris Ice Cave on a recent trip to Bear Lake.

Paris is a tiny town just over the Idaho border north of Garden City, Utah. There is a really cool tabernacle there, and a small museum, but little else. However, if you’re willing to drive 10 miles up a dirt road, you’ll find the Paris Ice Cave.

The cave was fairly busy– there were about 5 cars in the parking lot on the Saturday afternoon that we visited. But we did have the cave to ourselves for a few minutes. Make sure that you use the correct entrance going in. There are 3 possible entrances, though only 1 is kid friendly. The others lead to a shimmy down a narrow crack or worse. If you find the sign for Paris Ice Cave, there is a short trail just to the left of it. Follow this trail, which leads you down to the first cavern. 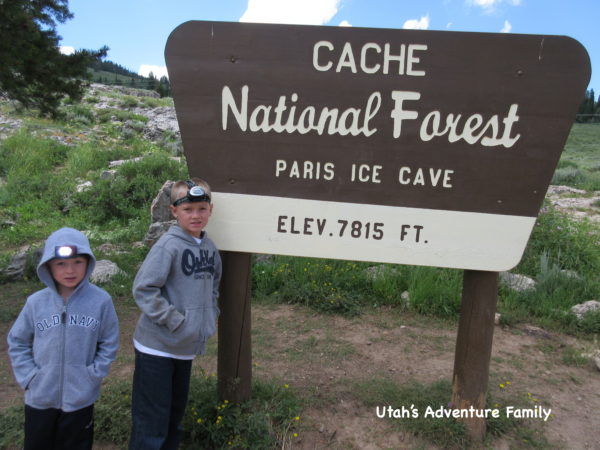 This sign is next to the parking lot. Take the trail down to the entrance. 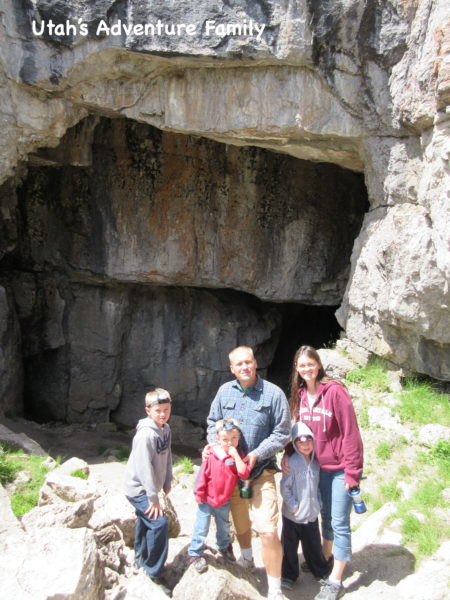 You can do the first cavern without any artificial light as it is small and open at both ends. There is even a wooden bridge to keep you up off the ice. Yes, there is ice, even on July 10th when we visited after a June filled with a record breaking number of 100+ degree days. 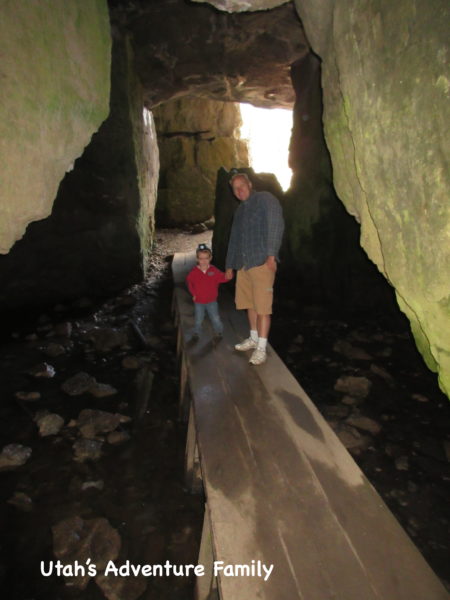 You’ll cross this bridge into a large room with snow. Watch for ice even here. 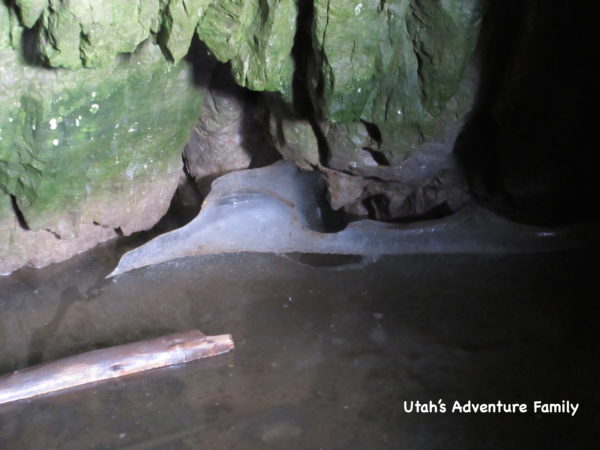 There was ice right at the beginning of the cave.

After the first cavern, the room opens up to open sky. To the right is a treacherous climb out of the cave, which comes out of a very narrow crack near the parking lot (it was all Dad could do to suck in and get through this crack, and he’s not TOO wide). 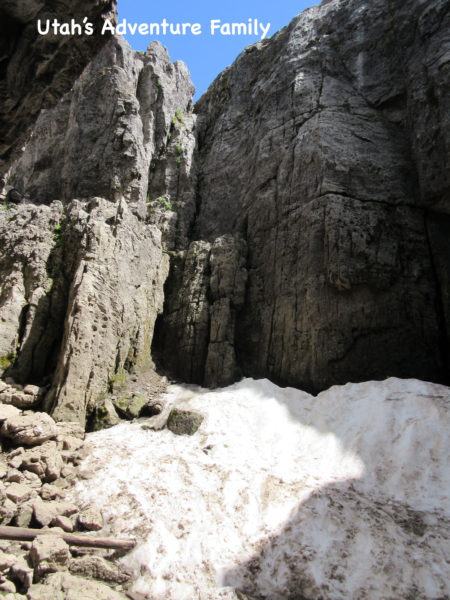 After you cross the bridge, you come to this open room with snow and sky.

In the back of this “room” there is a small cove that leads to a dark crack in the back. This is the heart of Paris Ice Cave. It will also crack your head if you’re not careful as it is pretty low, and you can’t quite crawl through the ice and debris. This opens up to a rather large cavern with several pillars of ice that are really cool. You will definitely need a light source to be safe in this room. Our boys had headlamps and we had lanterns, and still it was tricky due to the slick, cluttered floor. 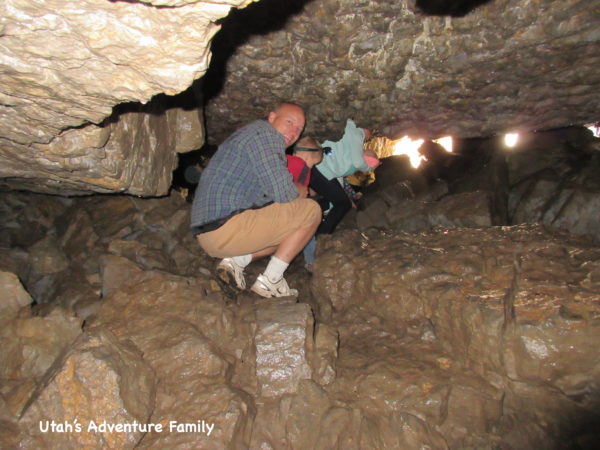 This shows the small crack that you have to creep through into the 2nd room that has lots of ice. This is on the way out, but you can see how tiny it is. 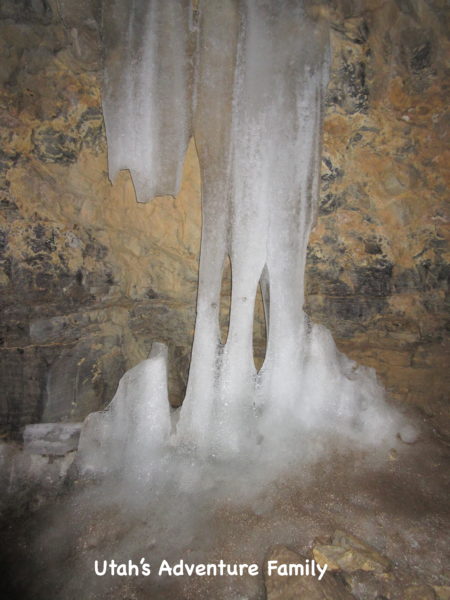 This ice was cool. It went top to bottom! 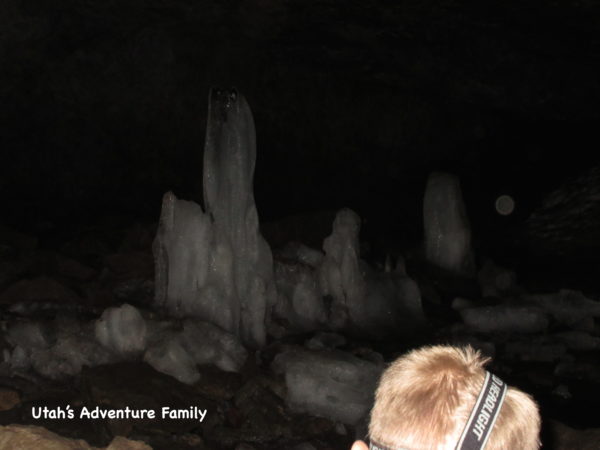 There was more ice than we expected. It was hot outside, but freezing in here! 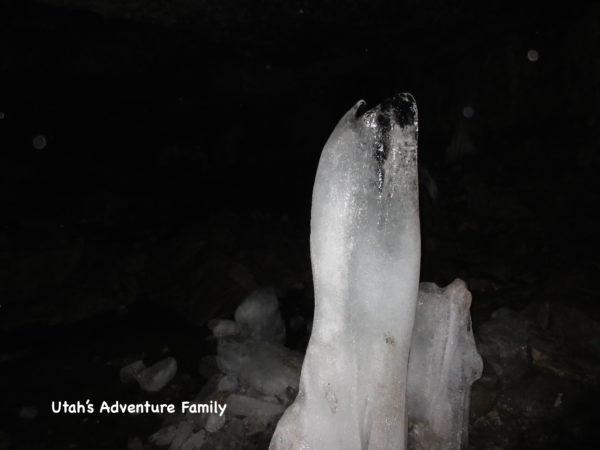 There were some huge chunks of ice. Watch your step. The ground is slippery!

At the back of this cavern, there is a slopping trail up the snow. We wondered if we could climb out, as there is some light from above. This seems possible, but it would be unwise as it is a true scale. Probably the best method would be to place hands and feet on either wall and shimmy up, but it would be quite a shimmy, and no children would be making it.

We took a few pictures in this dark cavern, but none of them turned out very well. Then we turned around and went out the way we came in. We enjoyed this cave as much as any we’ve been in. So if you make a trip to Bear Lake, and you get tired of the beach, head up to Paris for the Ice Cave.

To find the Paris Ice Cave, take 2nd South in Paris and head west toward Paris Canyon. There is a sign that says Paris Canyon Road before you turn. Drive about 10 miles on a dirt road until you find a parking lot and a sign that says Paris Ice Cave. Pretty easy! If you want to check on the condition of the roads (sometimes they are too muddy to drive out far enough to the cave), call the Forest Service @ 208-847-0375.