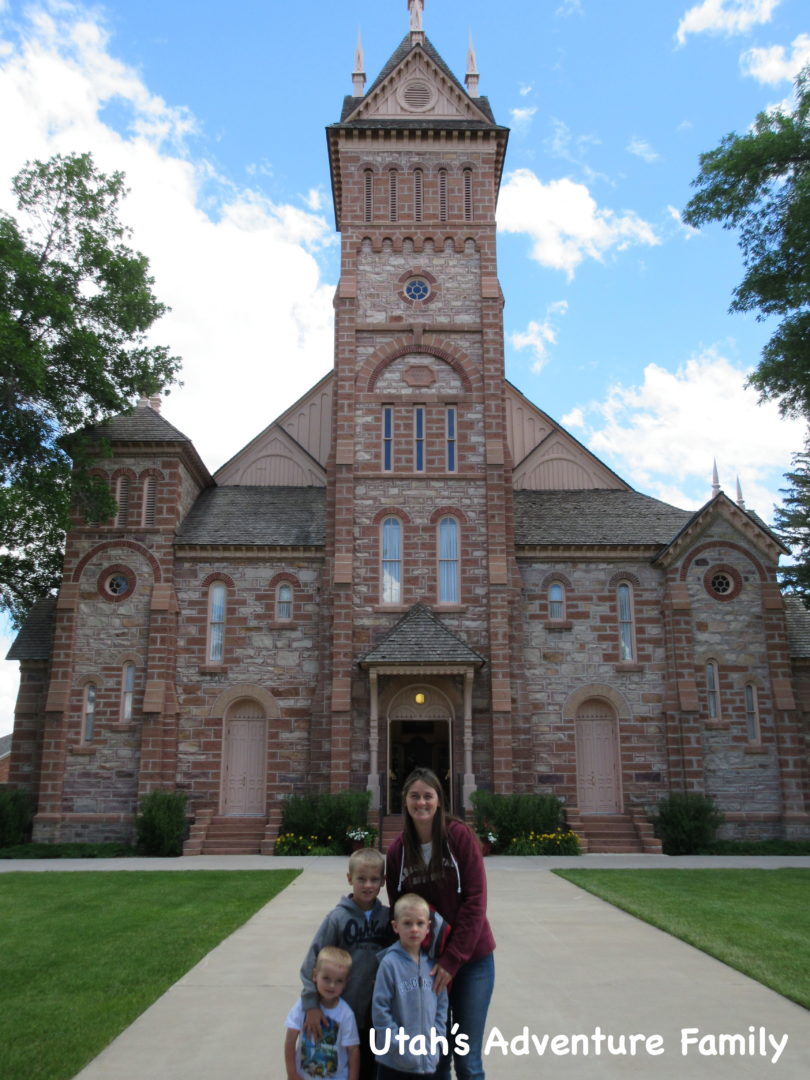 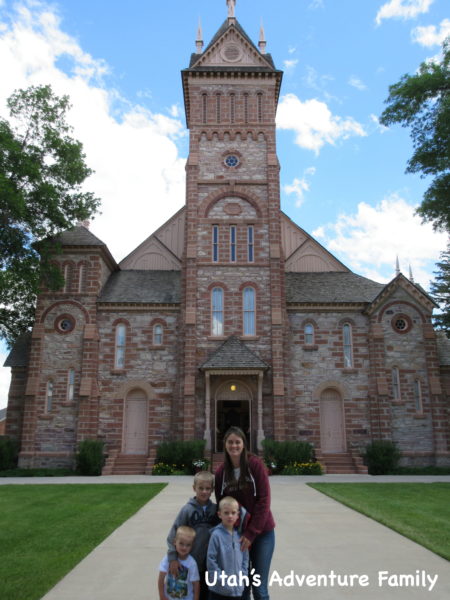 The Paris Tabernacle is an LDS historical site that is open for tours daily in the summer (9:30 am-5:30 pm). It is a beautiful building completed in the 1880s and very much resembles the old Provo Tabernacle (now the Provo City Center Temple). You will find the Paris Tabernacle at 109 S Main street in Paris, Idaho—it’s hard to miss.

Paris was settled by Charles C. Rich, a famous figure in Mormon history as he was an early member of the Quorum of the Twelve Apostles. Rich had the Paris Tabernacle built, but did not live to see it completed.

Inside the tabernacle are 2000 seats, including a large main floor and a balcony that runs along three sides of the structure. There is also a beautiful organ which has 200 pipes. They were letting visitors play the organ on the day we visited. 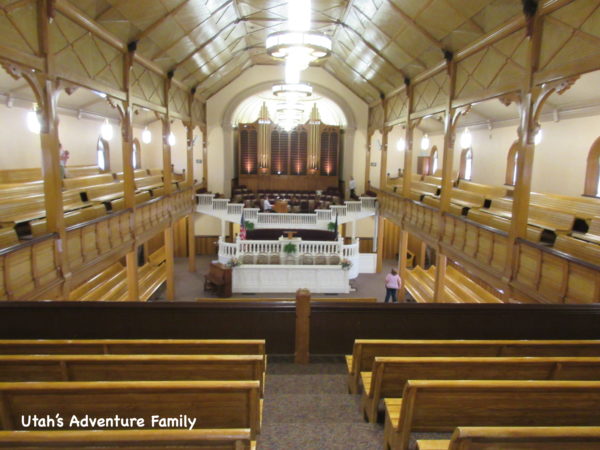 You can walk on both floors and look at the Paris Tabernacle. It’s a beautiful old building. 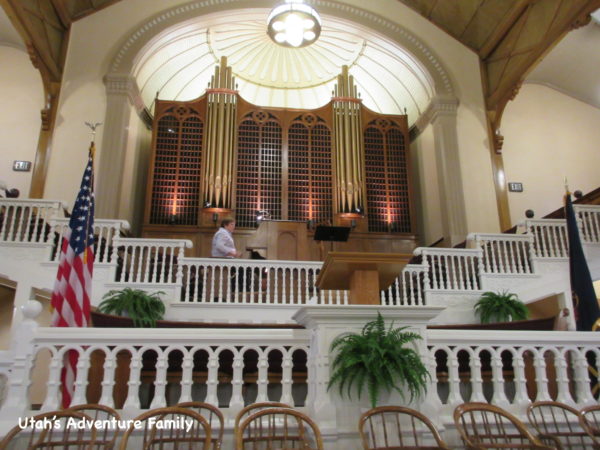 They let people play the organ while we were there which was a fun treat.

The building is huge and beautiful and looks a little out of place in such a tiny town. It is built in the Romanesque style (I think) and is still being used as a meeting house by local residents for conferences and other meetings. One unique feature is the ceiling. It was built by a ship builder, and if you look straight up, it looks like you are looking into the bottom of a ship. It is quite strange to see the wooden ceiling. 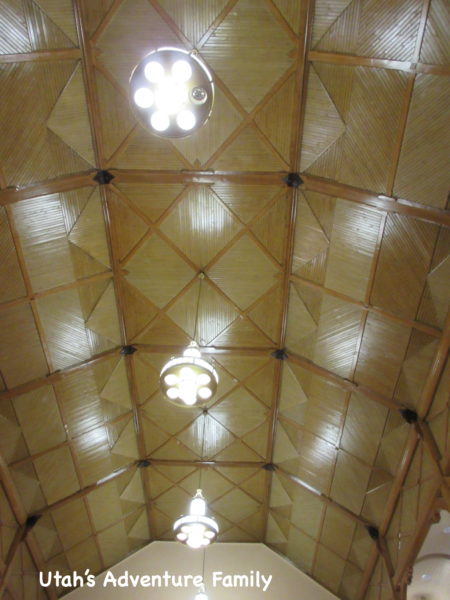 The ceiling is definitely interesting. 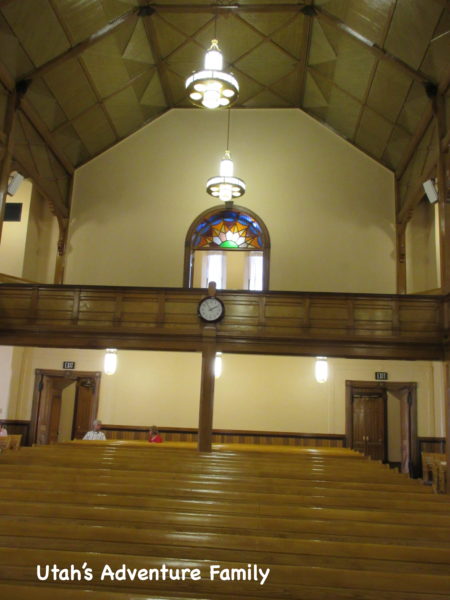 I love to look at these buildings and think about how it was all done by hand. All these benches, the ceiling, the windows, the finish work…it would be hard and take a long time.

If you’re at Bear Lake, be sure to make the short drive north to Paris and check out the Tabernacle. The Paris Ice Cave is also nearby, as well as the Paris Historical Museum.