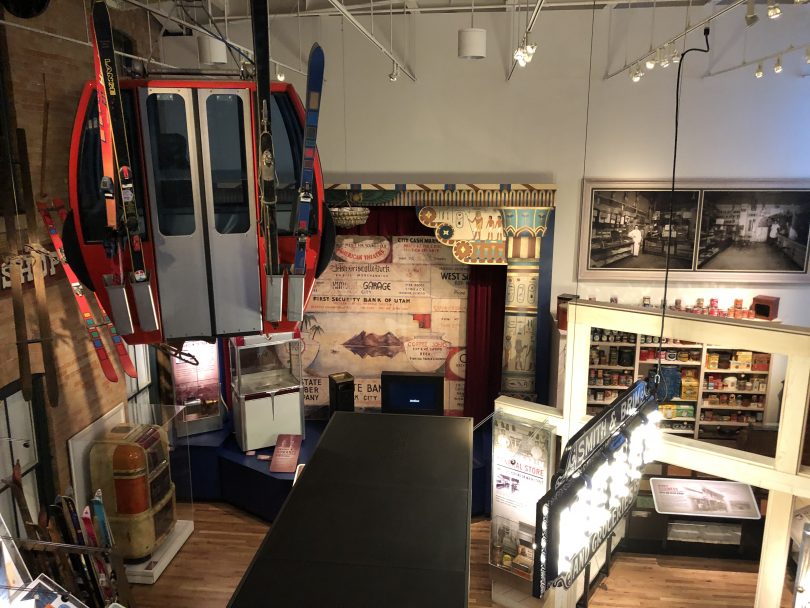 Park City has a really nice museum on Main Street that takes you through the history of the town. We learned a lot and enjoyed the interactive displays as we explored the Park City Museum. We spent a little over an hour wandering through the three floors of exhibits.

Park City started out as a silver mining town. Unlike Utah’s ghost towns, though, Park City proved to be a survivor. As the silver became less available, and the town’s shiftless population began to drift away, changes were made to help the town stick around. The focus came to be more on entertainment, particularly skiing, and a new history was written. Still, there was one last hurdle as a fire destroyed a large portion of downtown. Despite the media declaring the town dead, Park City proved it had the mettle to last, and is now a major global tourist destination

This history is told through the Park City Museum. It starts with the movement west of the Mormon Pioneers. There is an interesting video that you view as you sit on stylized train benches that begins the story. The first floor takes you through that time when settlers were just starting out. Highlights include the old fire engine, and some ancient mining equipment, as well as some great interactive displays.

Our favorite section was the basement. The old jail is down there, and it is much as it has always been. In fact, you can see the scorched timbers in the floor above you from the fire of 1898 that nearly leveled the town. There are also some great mining displays that help you understand more about the industry, as well as another informative movie about how skiing was introduced.

The top floor has a few exhibits, too. There is more about the fire, including a large map that shows the near total destruction of town by fire. There is also other mining equipment as well as a rotating display that is frequently changed. One neat thing about the museum is that the front areas are all original, so you can see the fire marks, and the old bricks used to build the fire station that is now the museum. The back section is all new, but we were glad for the added room in the museum.

At $12 an adult and $5 per kid (under 7 is free) we still find this museum worth the visit. If you manage to time it right, they also have a rotating free day per month, so be sure to check out their website. We learned a lot and had a great time, too! For other fun ideas in Park City, check out our family friendly list.