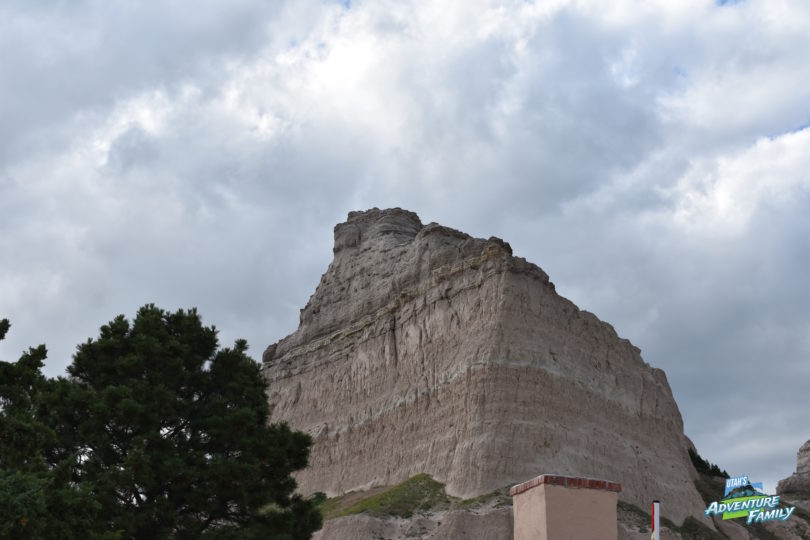 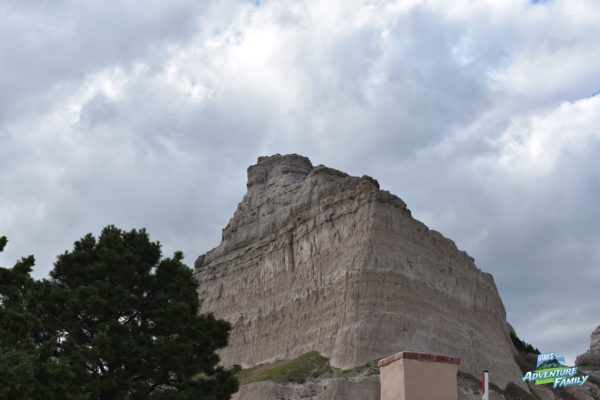 Scott’s Bluff National Monument is one of many historic sites along the Oregon Trail. Located in western Nebraska, Scott’s Bluff has a small museum and a few trails, and includes a scenic drive through several tunnels to the top of the bluff. Though Scott’s Bluff may not be a final destination, it is a great stop along the way.

A bluff is a steep prominent cliff, and Scott’s Bluff definitely fits that description. It rises high above the surrounding area and provides a great view. The bluff got it’s name from the mountain men. They were traveling through and one of them, Hiram Scott, got terribly ill. The others decided to leave him near the base of the bluff. When they returned the following Spring, they found only Scott’s bones, and they began calling the mountain Scott’s Bluff in his honor. (They shouldn’t have left him in the first place if you ask us!) 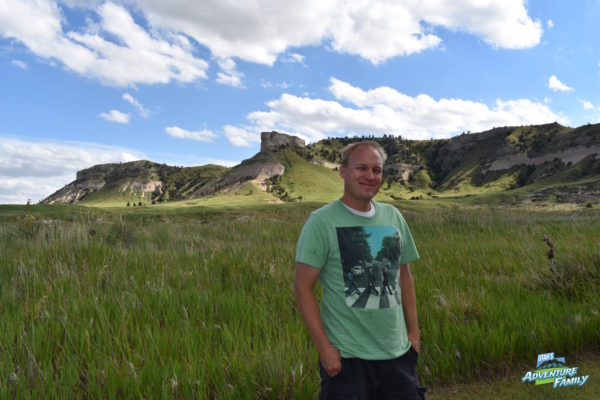 The scenery around Scott’s Bluff was very beautiful.

We spent about an hour in the small museum. We watched the 15 minute park video and read many of the displays about the different groups of pioneers who came across the Great Plains of Nebraska. One thing that we learned about was a Mormon Pioneer woman who died near Scott’s Bluff. We weren’t able to visit her grave, but her family marked it with the broken rim of a wagon wheel with her name on it. Her grave has become one of the few “marked graves” from pioneers crossing the trail. It symbolizes all of the unmarked graves of the Pioneers who didn’t make it to their final destinations. 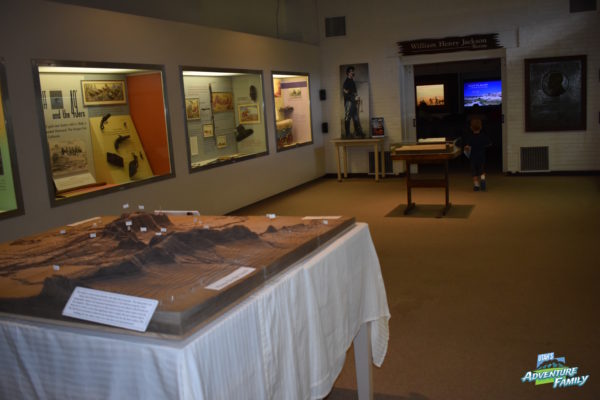 There are two rooms like this filled with lots of stories and artifacts about the Oregon Trail and Scott’s Bluff.

We weren’t able to make the drive to Scott’s Bluff through the tunnels because our RV was too big, and we didn’t have time. But you should definitely take the drive up to the top of the bluff. We are sure the views are amazing. There is even a free shuttle if you are in a large RV that the rangers drive up to the summit and back. There are also a few trails that are short and easy. We were there at sunset and so we didn’t have the time that we normally like to have in a national site. 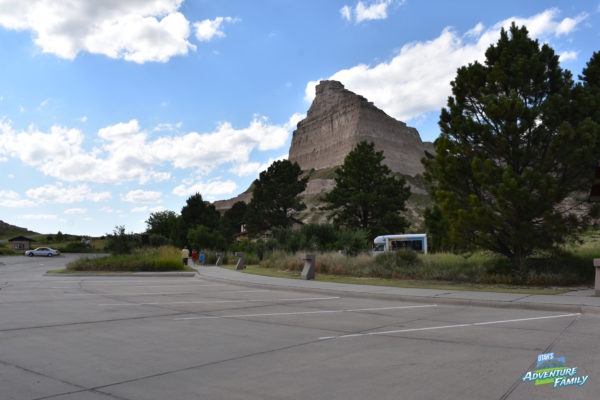 Scott’s Bluff definitely stands out on the horizon. You can see the little shuttle the rangers use in this photo, too.

Scott’s Bluff is small, but our boys enjoyed the Junior Ranger program. This National Monument was a great stop on our travels.