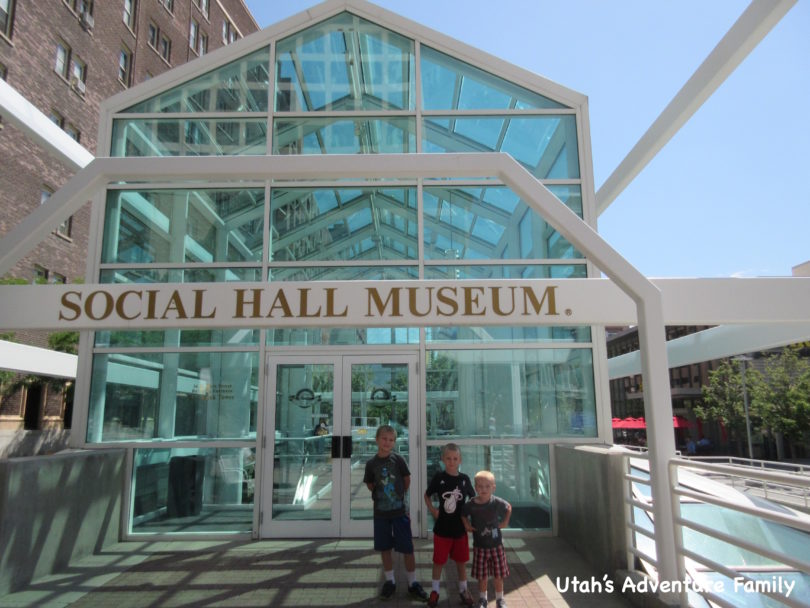 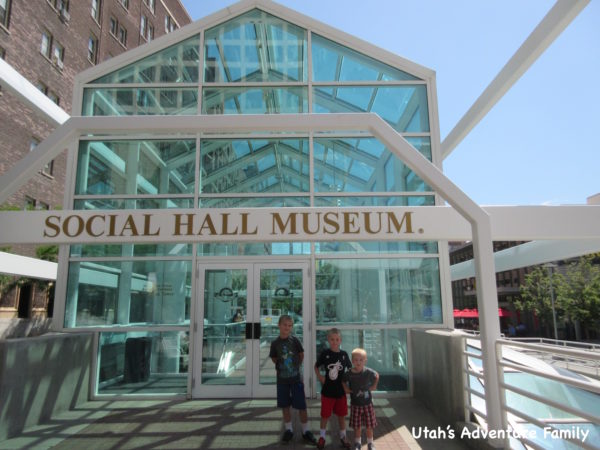 In the early 1990s a tunnel was being dug in Salt Lake City. The excavators uncovered the remnant of an old stone building and knew they had happened upon something unique. It turns out that they had discovered the remains of the Pioneer Social Hall. This old building has become the Social Hall Heritage Museum and it is a great spot to visit when you are exploring Temple Square and it’s surroundings.

The Pioneer Social Hall was built under the direction of Brigham Young and was the center of social activities in early Salt Lake City. Music, arts, dances, and plays were a part of its purpose. There were even ovens for cooking, which are largely intact.

The excavation of the tunnel continued, but the building was protected and became part of a mini-museum, which thousands of people walk through without ever really seeing. To visit the Social Hall Heritage Museum, walk to 51 S State Street. You will see a glass encased building and a stone marker. Go inside and take the escalator down to the Pioneer Social Hall. There are a few relics, lots of explanatory displays, and the walls and old ovens that you can still see. 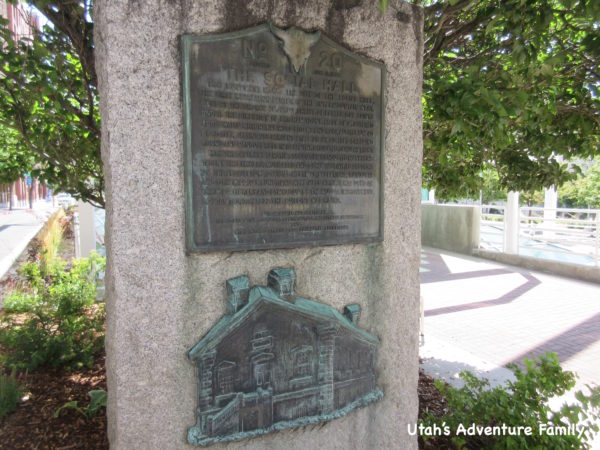 This stone marker explains the historical significance of the social hall. 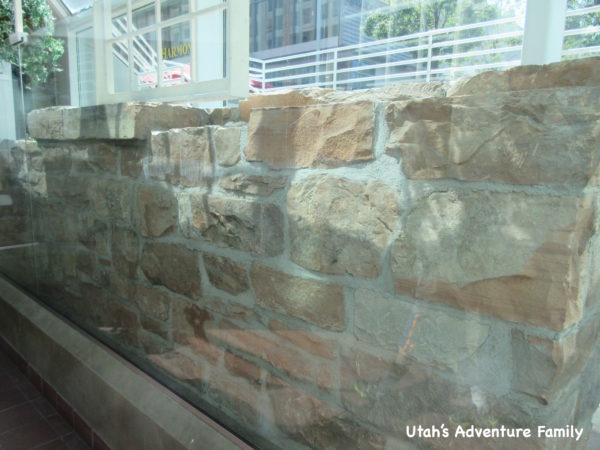 These are the actual walls that they found when excavating. They are encased in glass. 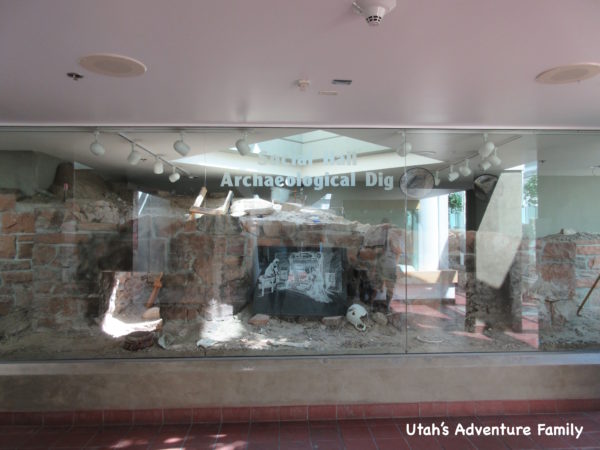 This shows some of the items they dug up, including huge ovens used to feed the crowds at the Social Hall. 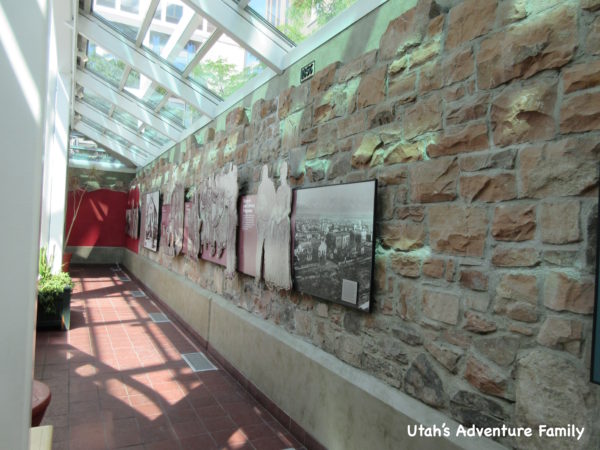 There is lots of information and pictures to see. 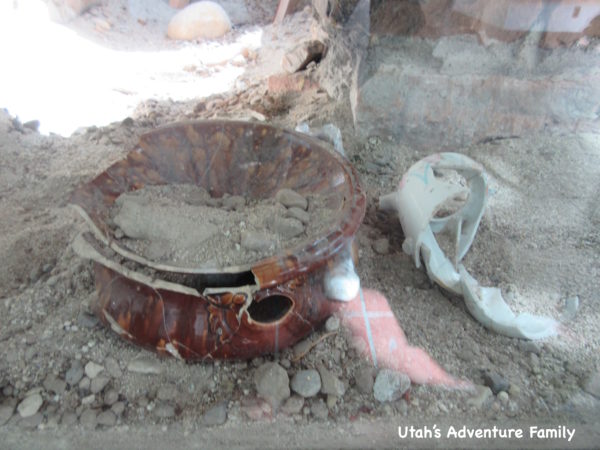 These are some of the actual glassware that they recovered. 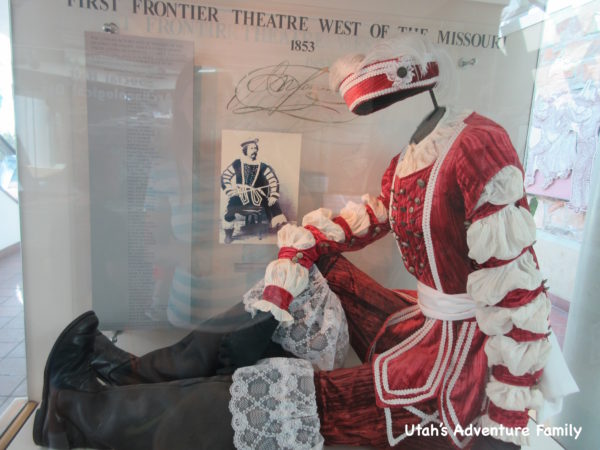 There are also costumes and info about the shows that were performed here. 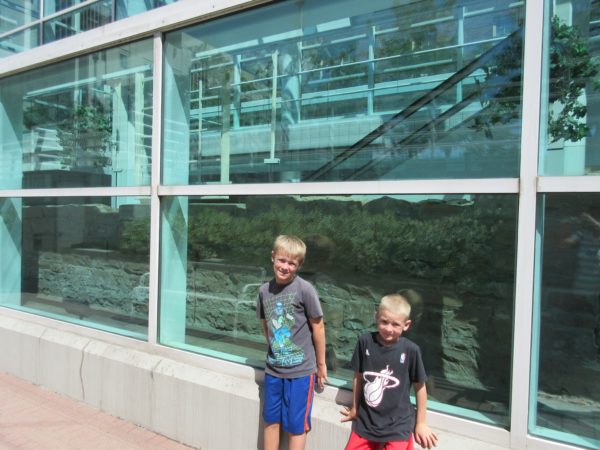 You can walk outside and view the walls, too!

Also, don’t forget to continue west from the escalators and check out the model of the Social Hall, which lies about 30 yards further down. If you walk over to the model, you will have walked under State Street and can now go up through City Creek to the streets again. You won’t spend long at the Social Hall Heritage Museum, but it is definitely worth stopping for 20-30 minutes on your Salt Lake City Tour. 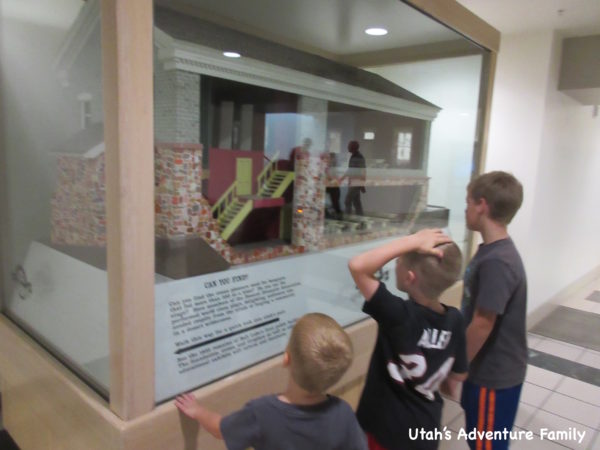 This is the model across the street from the Social Hall Heritage Museum.