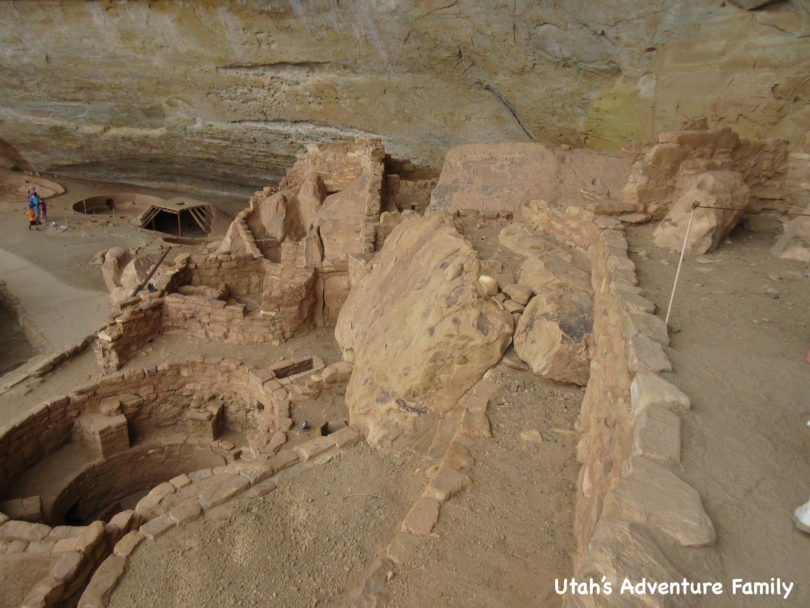 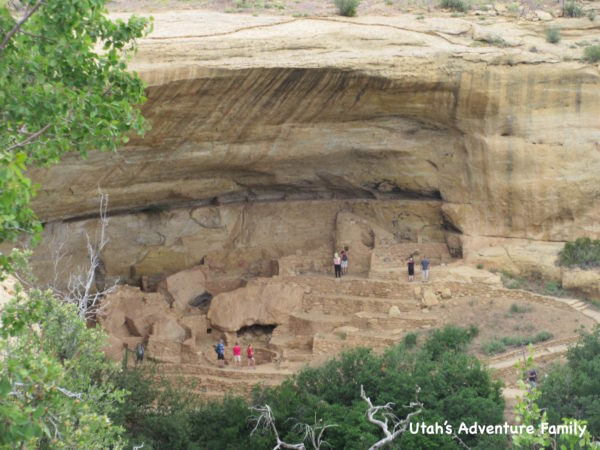 Step House is a self-guided tour in Mesa Verde National Park. You can access the trailhead by driving all the way out to the end of the Weatherill Mesa Road where the Long House Tour begins. This hike is easy compared to some of the ranger-led tours like Cliff Palace and Balcony House, but it still drops down under the mesa and has to climb back up again. The total distance is a 1.0 mile lollipop.

A row of kiosks and stores greets you at the end of the Weatherill Mesa road. You can get information about the hikes here, and there used to be a shuttle that took you around to several other stops, but that service has been discontinued. That means that about the only thing you can do is the short Step House hike, or a longer hike to Long House. Make sure to grab a trail guide for Step House so that you can use it as you pass the numbered markers that teach about this ruin.

The trail to Step House is to the left as you face the ranger station, and it is clearly marked. It goes a short distance to the end of the mesa and splits. If you are using a trailguide, turn right or the numbered sites will appear in reverse order. Also, the climb is shorter and steeper to the right, which is easier going down. 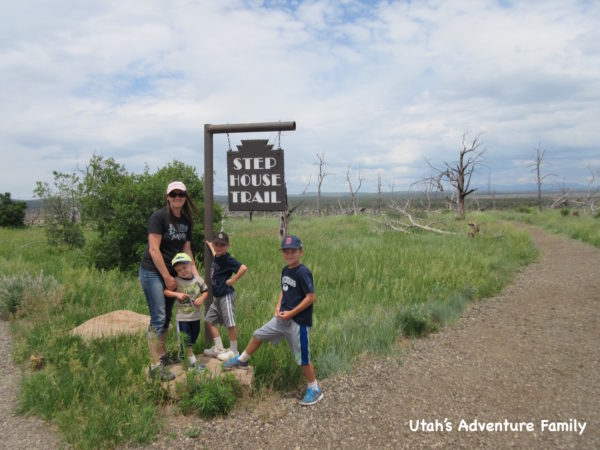 All of the trails are clearly marked. 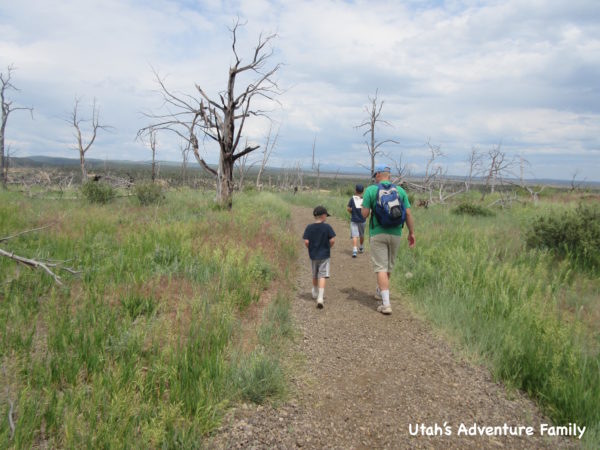 The trail begins out in the open on the mesa, so bring water and a hat! 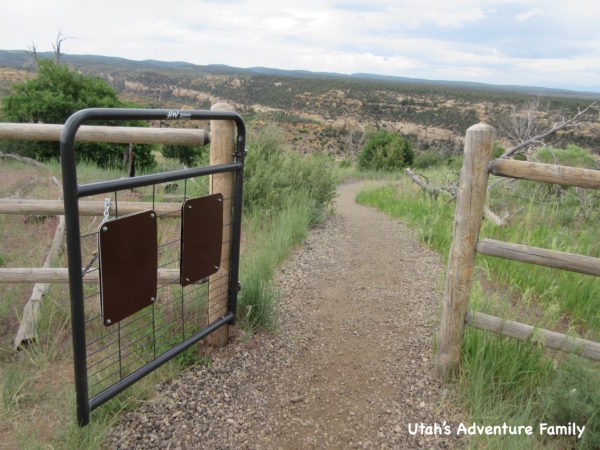 The gate is closed at night. Make sure you check the hours before heading down the trail. 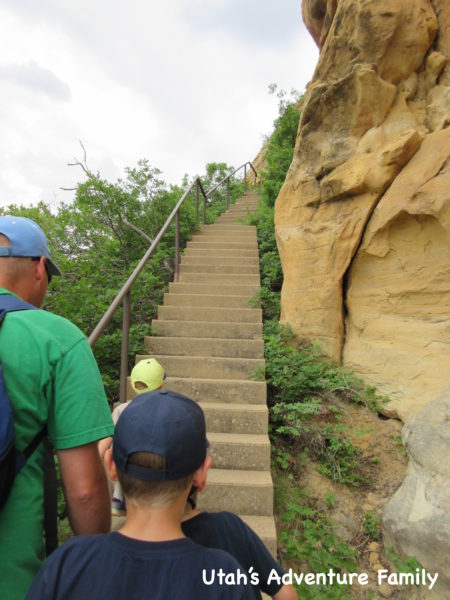 These are the stairs that you will come down.

There are around 40 steps leading down to Step House (yes, my kids counted), and the ruin lies under the mesa. There was a ranger at the house when we got there answering questions and pointing out interesting items. One of the things that is pretty unique at Step House is that there is a pithouse, which was usually built on top of the mesa, next to a pueblo, which was built in an alcove. This allows you to see the earlier pithouse (about 800 AD) next to the pueblo (about 1200 AD). Our boys also loved climbing the ladder in this ruin and seeing the small well-preserved rooms. 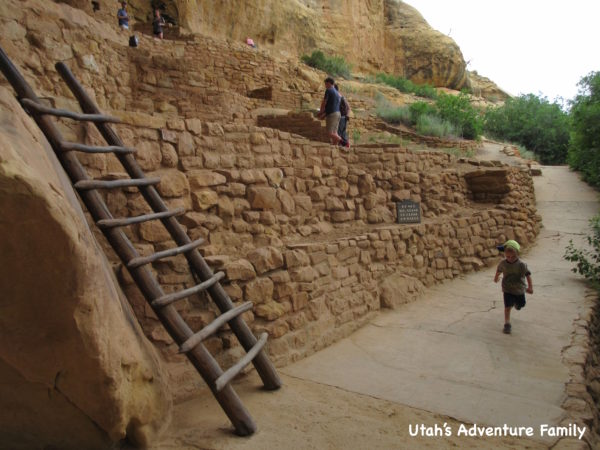 You can see why it is called Step House since it looks like it is built as steps into the cliffside. 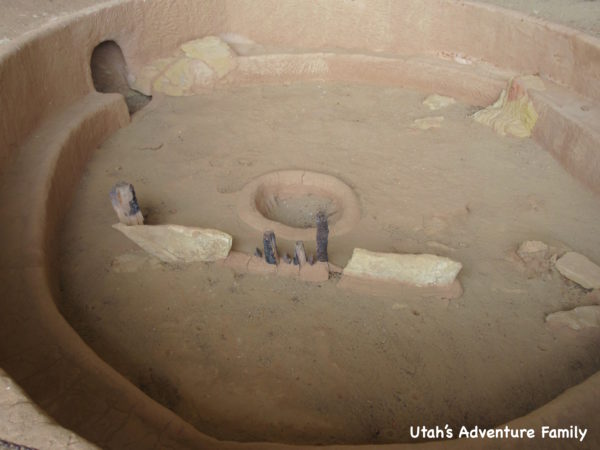 The old pit houses are amazing. Here there is some original wood that shows there was a fire here. 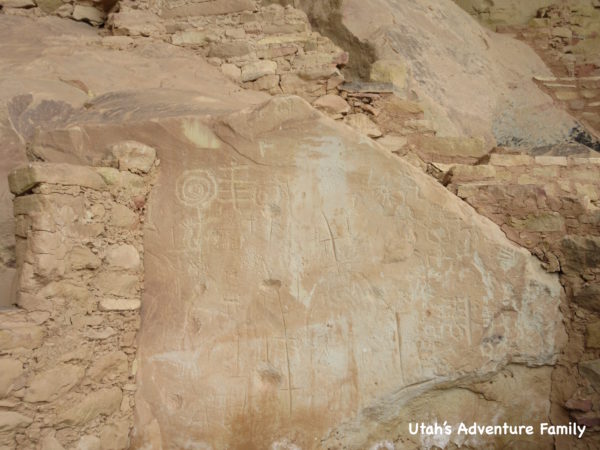 There are some petroglyphs at Step House, too. 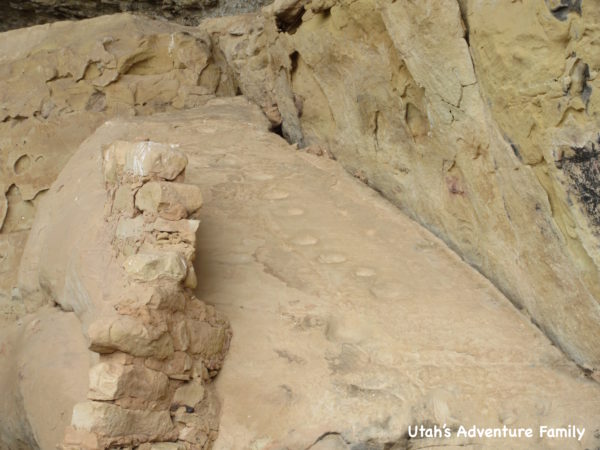 The foot holds carved into the cliff are so cool. 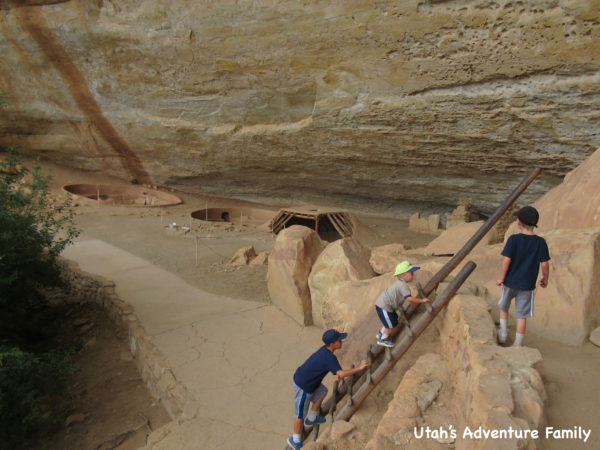 Our boys LOVED climbing the ladders. 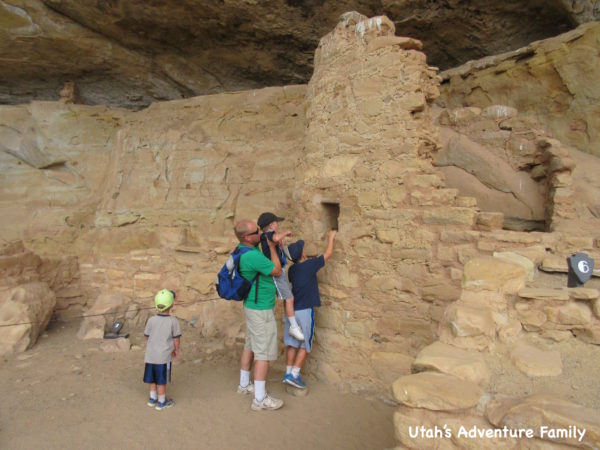 The boys wanted to see everything! 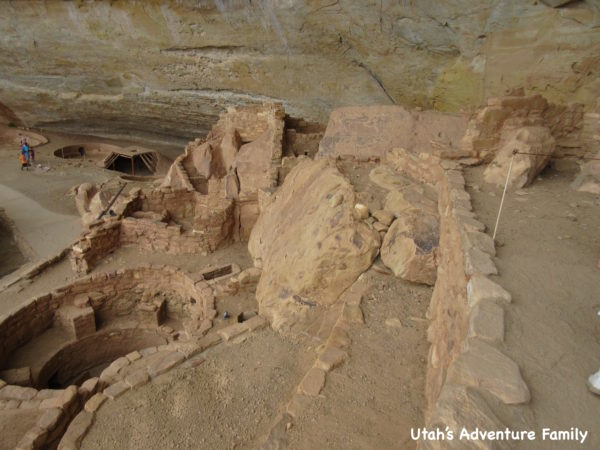 Step House is a one of the nicer self-guided tours. 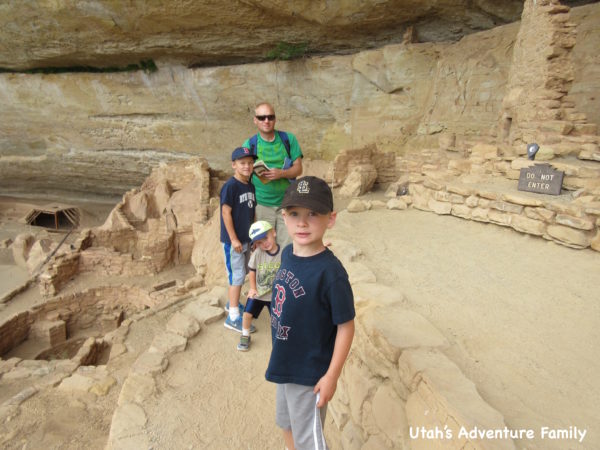 The numbers that you see in some of our pictures correlate to the trail guide, so make sure to grab one at the kiosk by the parking lot.

After spending some time exploring around Step House, follow the trail out the opposite side from the stairs. You will climb back out and around to the top of the mesa, and then back to the parking lot. Make sure to watch for lizards! There are lots of fun kid hikes in Mesa Verde, so make sure to check out our list. 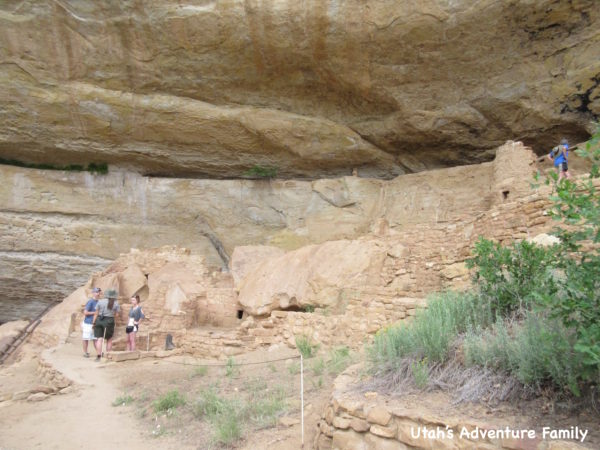 You will say good bye to Step House from this side and head around the corner up the trail. 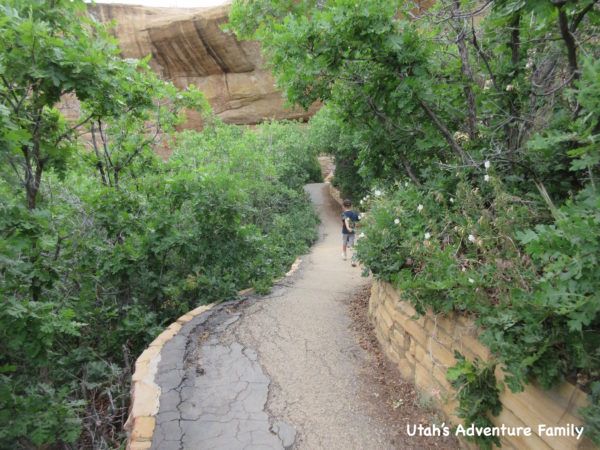 This trail takes you back to the trailhead.