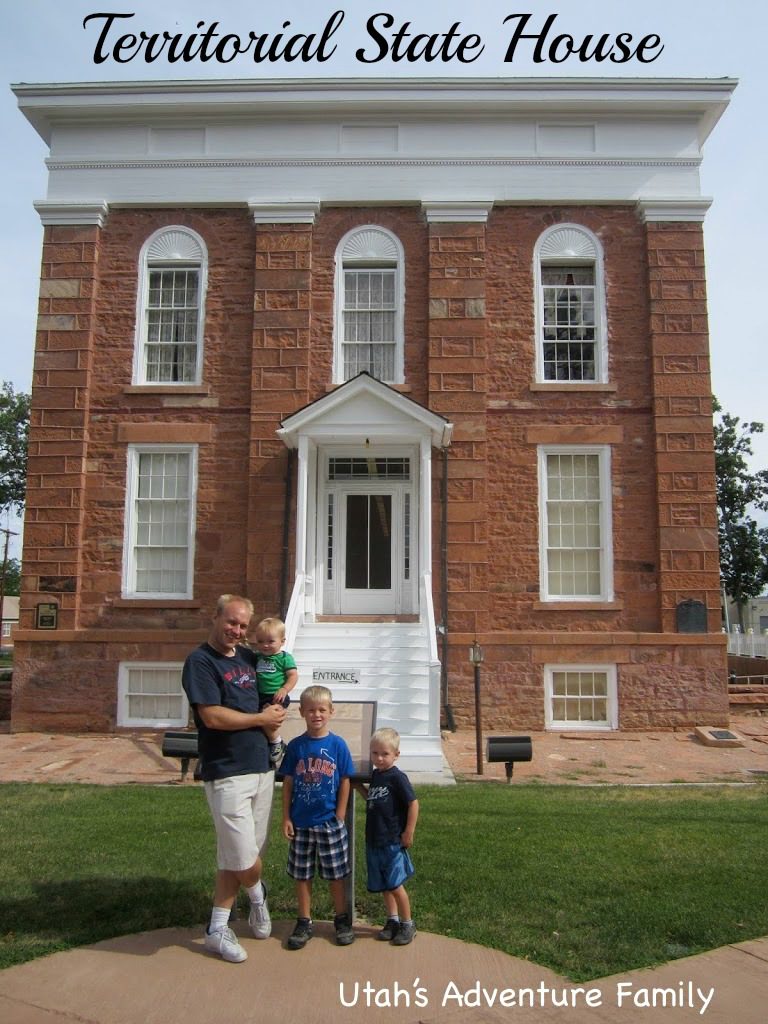 We visited another state park today. The Territorial Statehouse Museum is in Fillmore, Utah. When Brigham Young became the governor of the Utah Territory, he picked the most central location to build a capitol building. Then in a political move to get federal money for building the capitol building, they named the county Millard, and the town Fillmore, after the current US president. Well, it sort of worked. They didn’t get as much as they wanted, but President Millard Fillmore granted Utah $20,000 to build a nice capitol building. So they built the territorial statehouse. Unfortunately, most of the legislative members lived near Salt Lake City. So they had to travel for a week, vote on issues for a few days, then travel a week back. No one liked that. So after their first session, they voted to move the capitol back to Salt Lake. Everyone agreed, and the Territorial Statehouse was abandoned. It has been used as a civic center, school, and even a jail, but now it is a museum.

There are three levels to the museum. The bottom level houses many pioneer artifacts, and the entire hallway is filled with old photographs. There is an old wagon, printing press, and you can see one of the old jail cells. The gift shop and entrance is located here on the bottom level. As you head to the 2nd floor, you find the governor’s room as well as some other bedrooms with dishes and pioneer bedding. The top floor is the legislative hall. It is one open room that is now used for dancing and meetings. There is an antique piano that we were allowed to play–which was exciting. There is a touch screen with short videos about building the territorial statehouse. We watched them all. 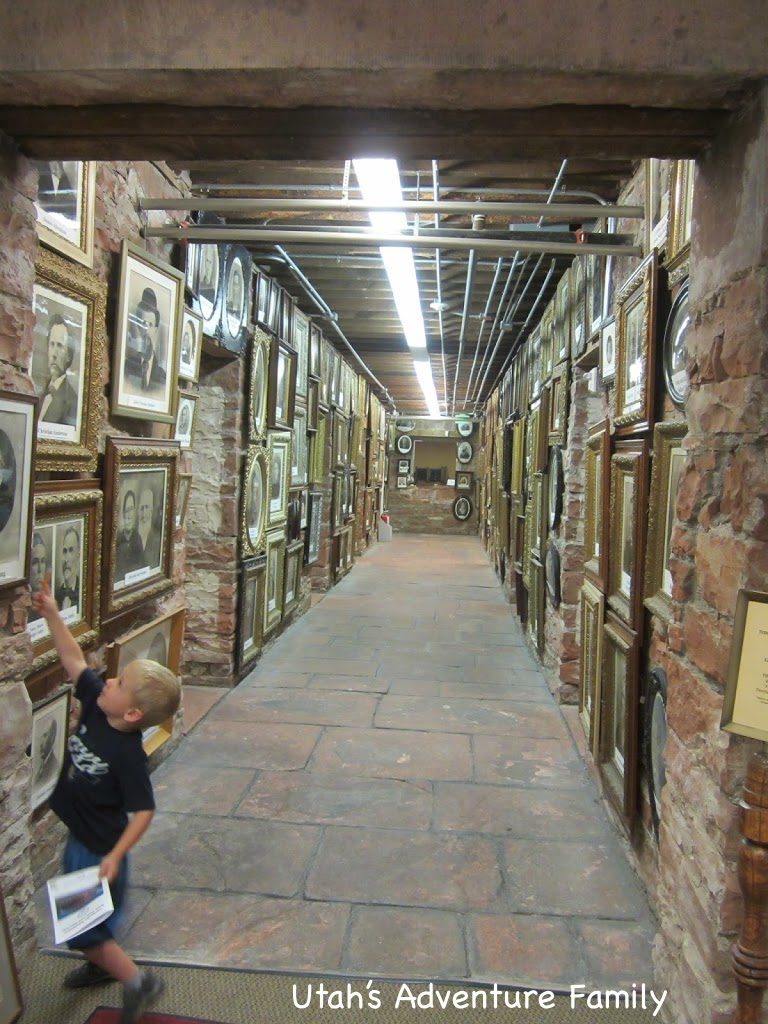 The wall of photos 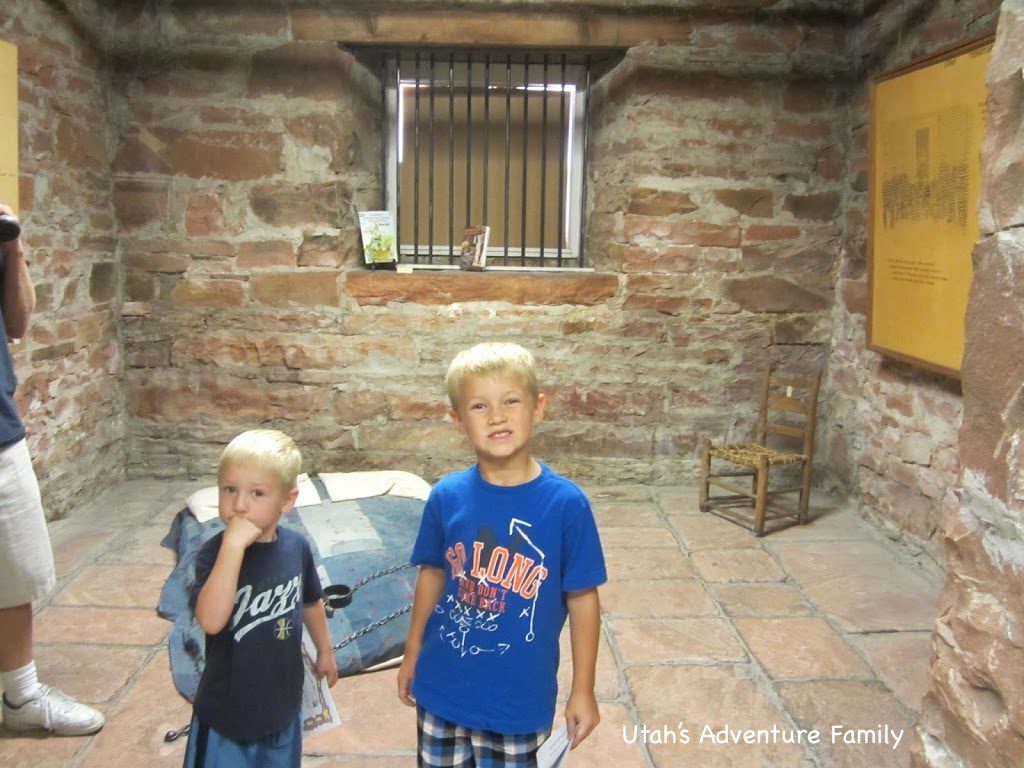 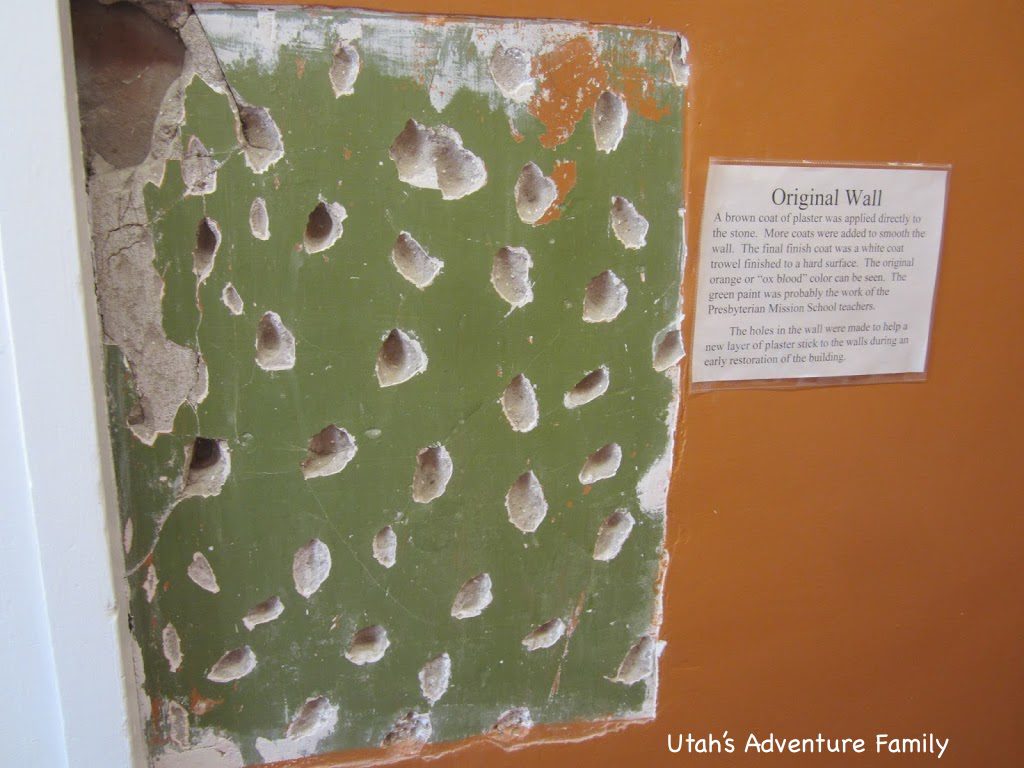 Here’s a piece of the original wall. 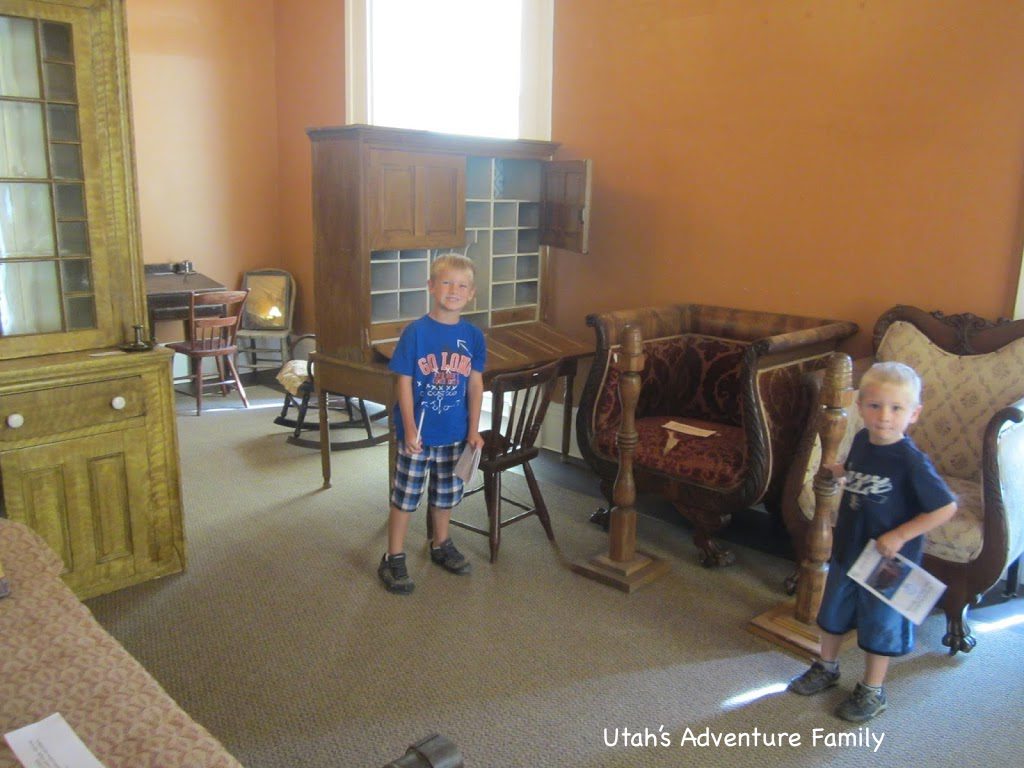 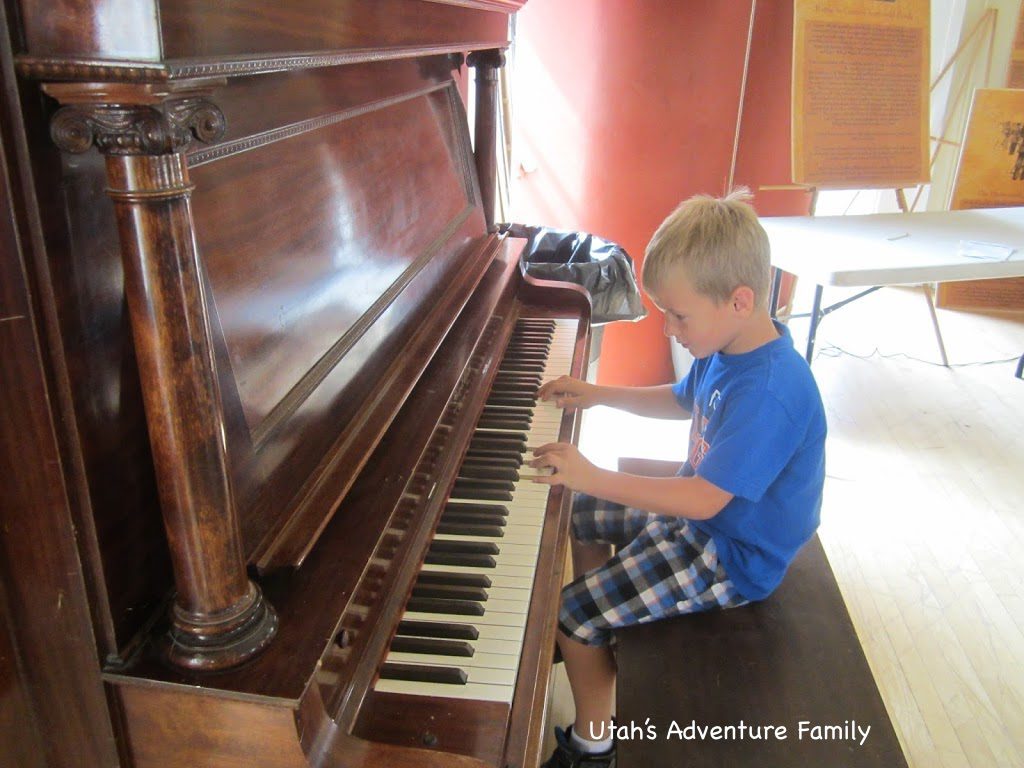 Playing the piano in the legislative hall

Make sure you walk around outside and look at the initials that some of the workers carved into the stone. There are also two old cabins, and an old school building near the statehouse. You can’t go inside, but you can look in the windows.
They have a junior curator program which we had a lot of fun doing. The biggest part is a scavenger hunt as you walk through the museum. The boys earned a wooden nickel and a pencil for completing the junior curator program.
We had a fun time at the Territorial Statehouse and we learned a lot about our state’s history. If you are ever in Fillmore, make sure to visit this state park.
To get to the Territorial Statehouse, take the business loop in Fillmore. It is located at 50 W Capitol Ave, behind the Millard County Building. It costs $2/person to enter.

Here’s an insider tip: We asked a local where to pick up lunch, and he suggested Cluffs. It’s located north on main from the Territorial Statehouse, and we probably wouldn’t have chosen it without the endorsement. The burgers were good, but the fries were amazing! Fresh cut potatoes deep-fried to perfection! It is worth the stop if you are passing through Fillmore. 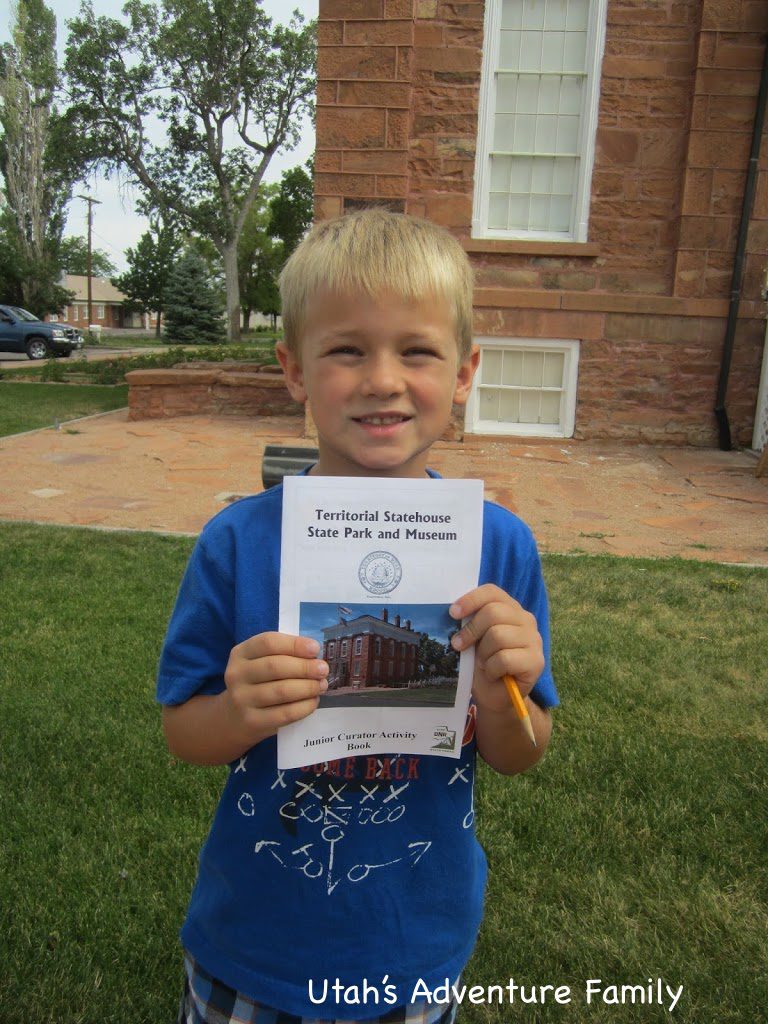 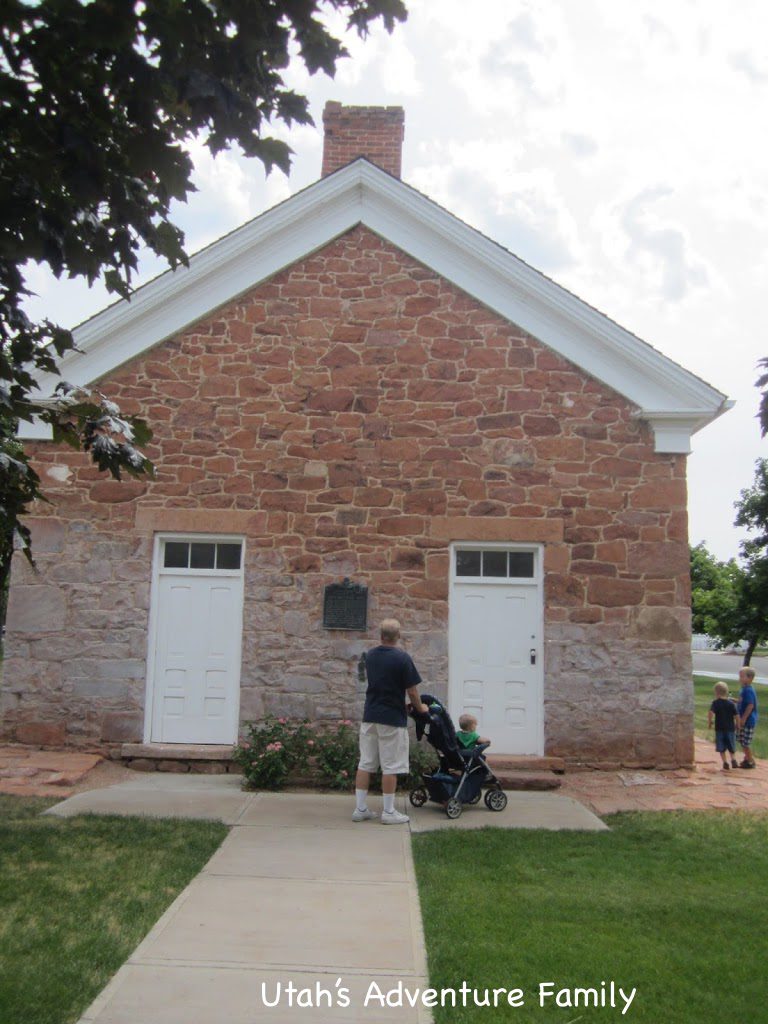 The old school house on the same grounds.