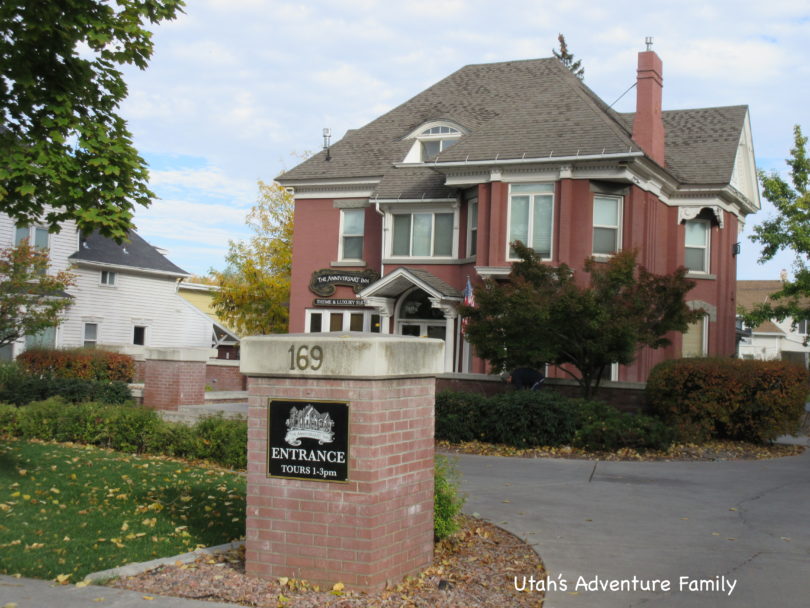 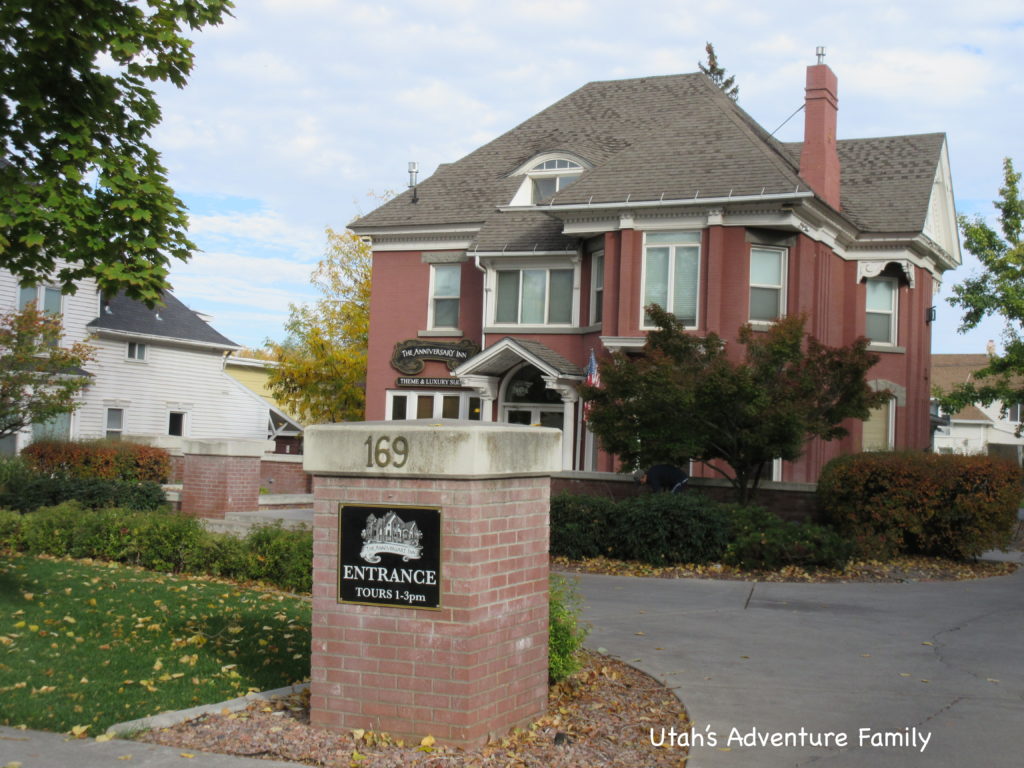 The Anniversary Inn in Logan

A few years ago I drove my wife to Salt Lake City. It was Fall Break just a few days before our anniversary. I had secretly packed an overnight bag for each of us and covertly placed them in the trunk. Then we went for “a drive.” Eventually, we found our self cruising past the Cathedral of the Madeleine on South Temple. As we passed the Masonic Temple on the right, I said, “Hey, let’s go take a tour.” (I don’t even know if they allow tours!) “No way!” my wife protested, but I was already parking. I got out and popped the trunk, pulled out our bags and went to her door. She was stubbornly refusing to get out until she saw the luggage. Then she realized we were actually in the parking lot of the Anniversary Inn. It was one of the few times I’ve been able to pull off a surprise for her!

Since that first visit, we’ve been back to Anniversary Inn several times. We’ve stayed at both locations in Salt Lake City, and the location in Logan, but never in Idaho Falls. This October, we celebrated our 12th Anniversary, so we decided to drop the kids off at Grandma’s and spend a few days alone on a different kind of adventure.

The Anniversary Inn has themed rooms that are for couples celebrating special events. Over the years we’ve stayed in many different rooms, but this time we stayed in “Vegas Nights” and the “Underwater Sea Cave.” In the past we’ve stayed at Juliet’s Balcony, the Presidential Suite, and the Arabian Palace, among others. It is fun to go take a tour of the rooms on their website, and we usually spend at least an hour choosing which room we want to stay in. They offer free tours every day from 1-3 pm if you are interested in seeing how they decorate their rooms. 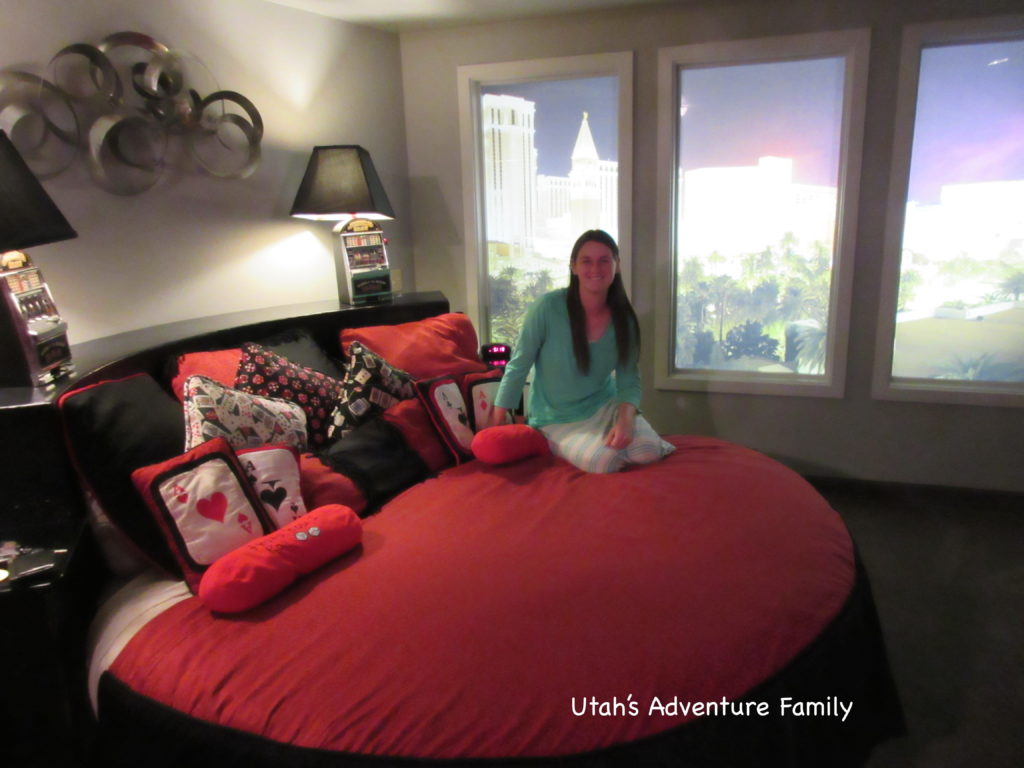 The room looked like you were looking out onto the Las Vegas Strip. It also had a circle bed which was interesting. 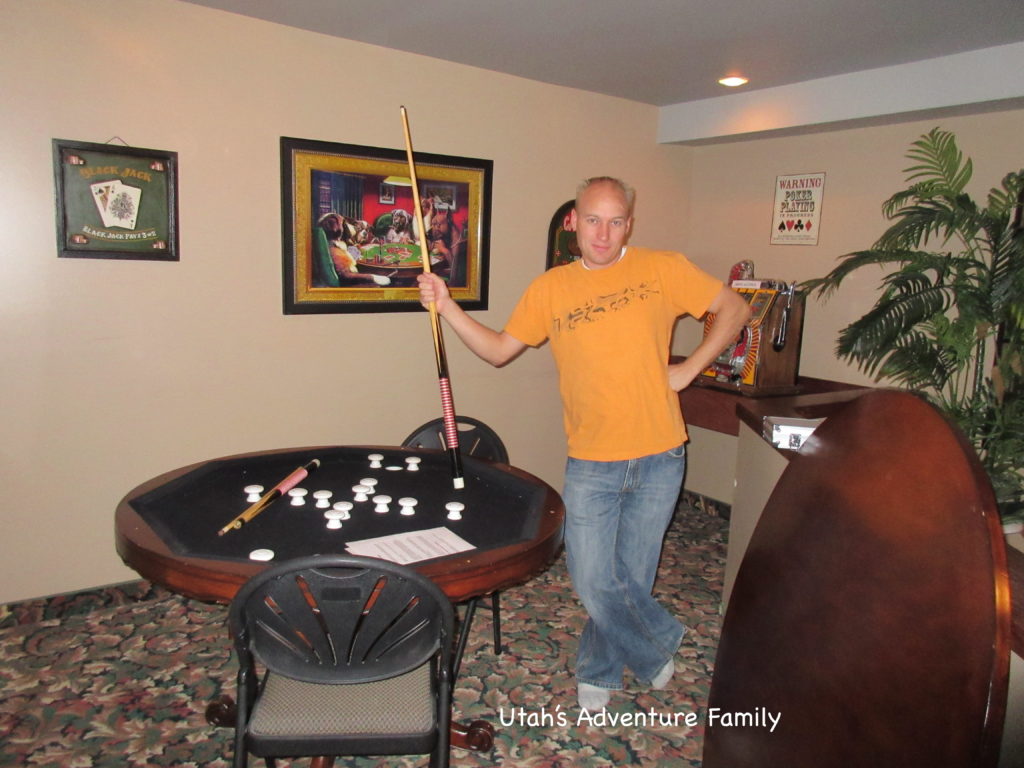 They had a game table for us to use. 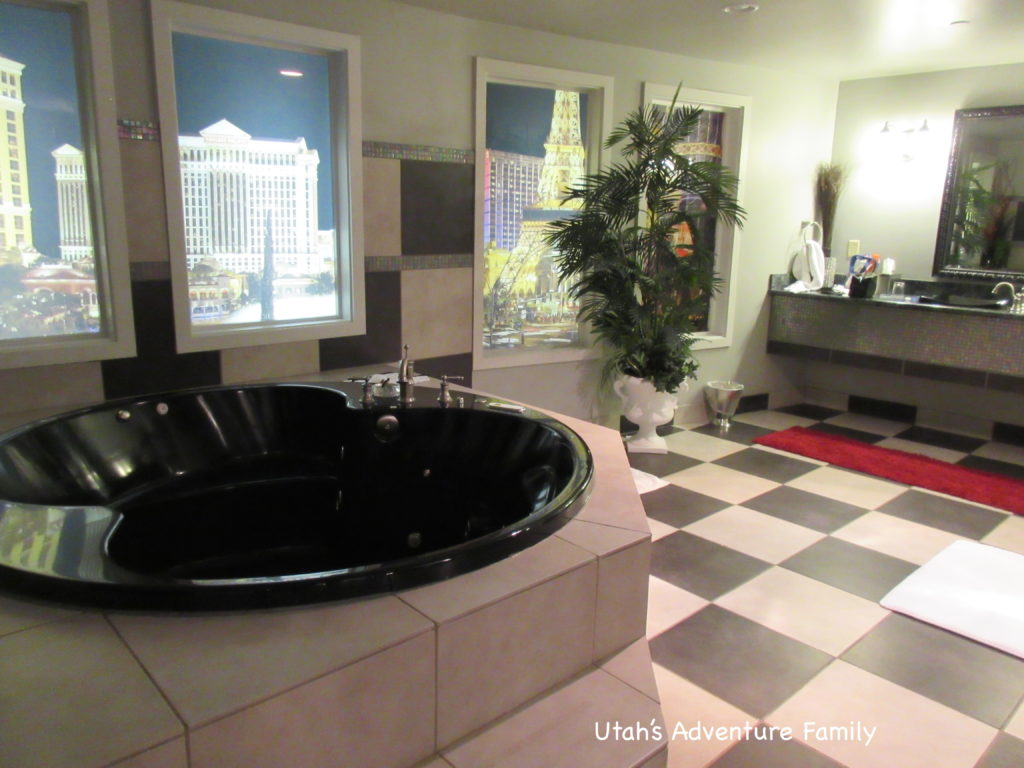 The tub was huge! And so was the shower.

Besides the themed rooms, the Anniversary Inn has a few other amenities we like. Upon your arrival, there is Martinelli’s Sparkling Cider chilling on ice and fresh cheesecake in the fridge. You can select DVDs from their private library to watch during your stay at no extra cost. Sometimes they offer special packages that include dinner, flowers, or other fun things.

But mostly we like the romance and the luxury. Fluffy bath robes, large jetted tubs, romantic lighting, and the person you love most make the Anniversary Inn a great place to spend a night or two! 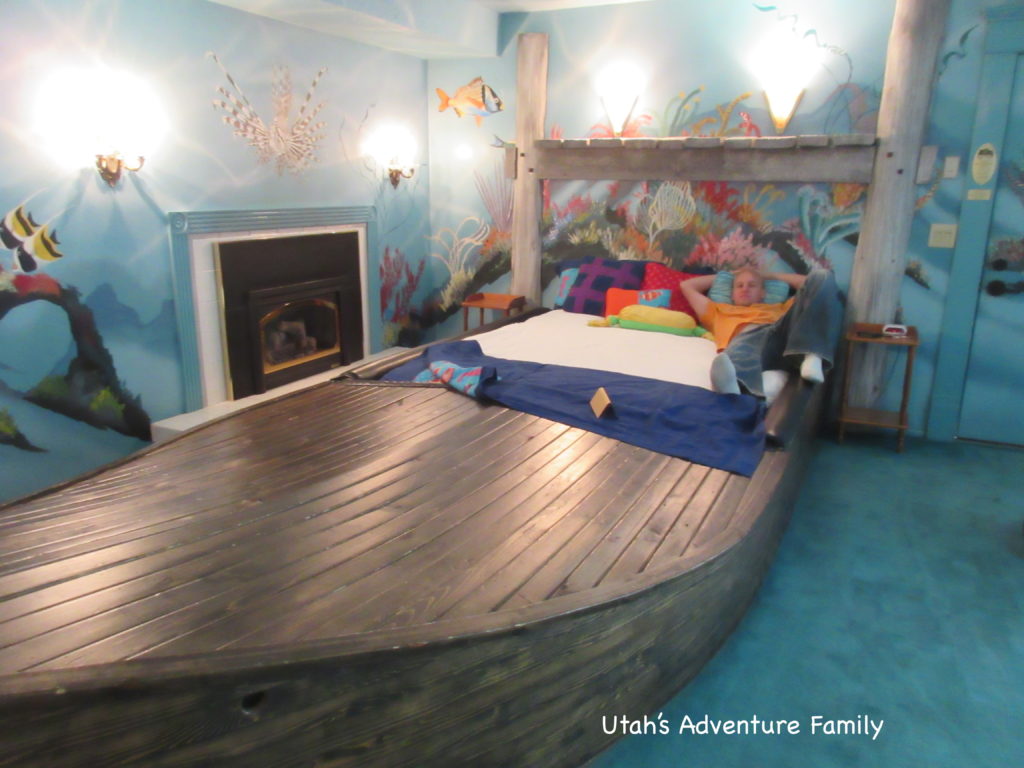 The Caribbean Sea Cave had this huge boat bed. 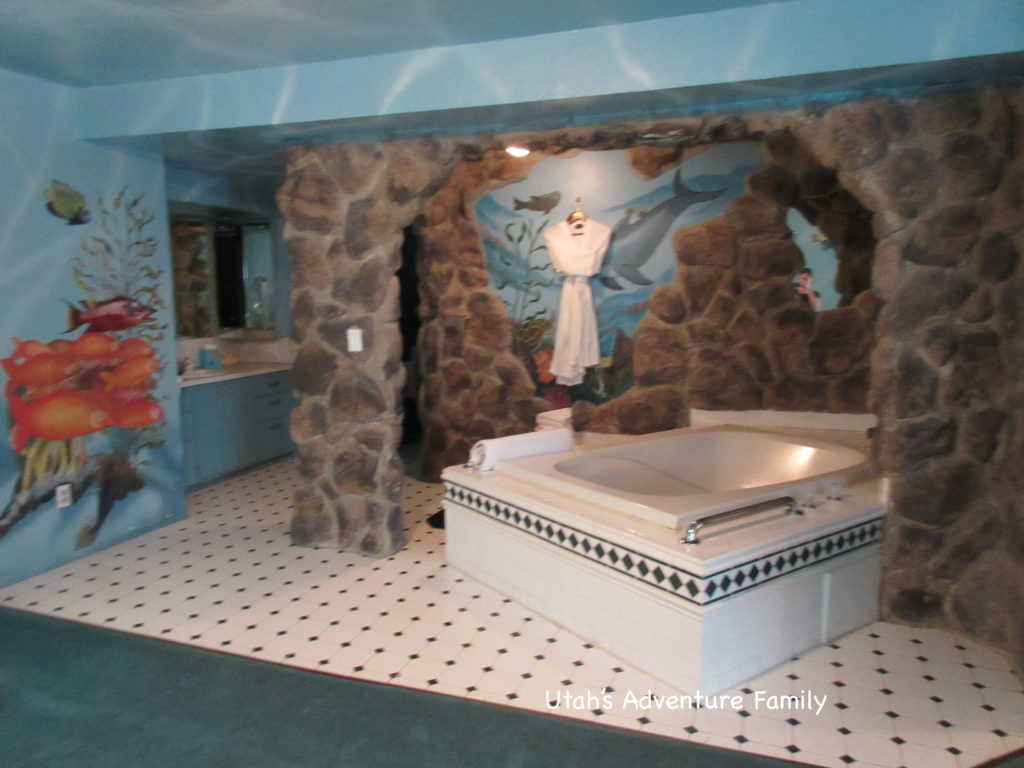 The bathroom felt like you really were in a sea cave. 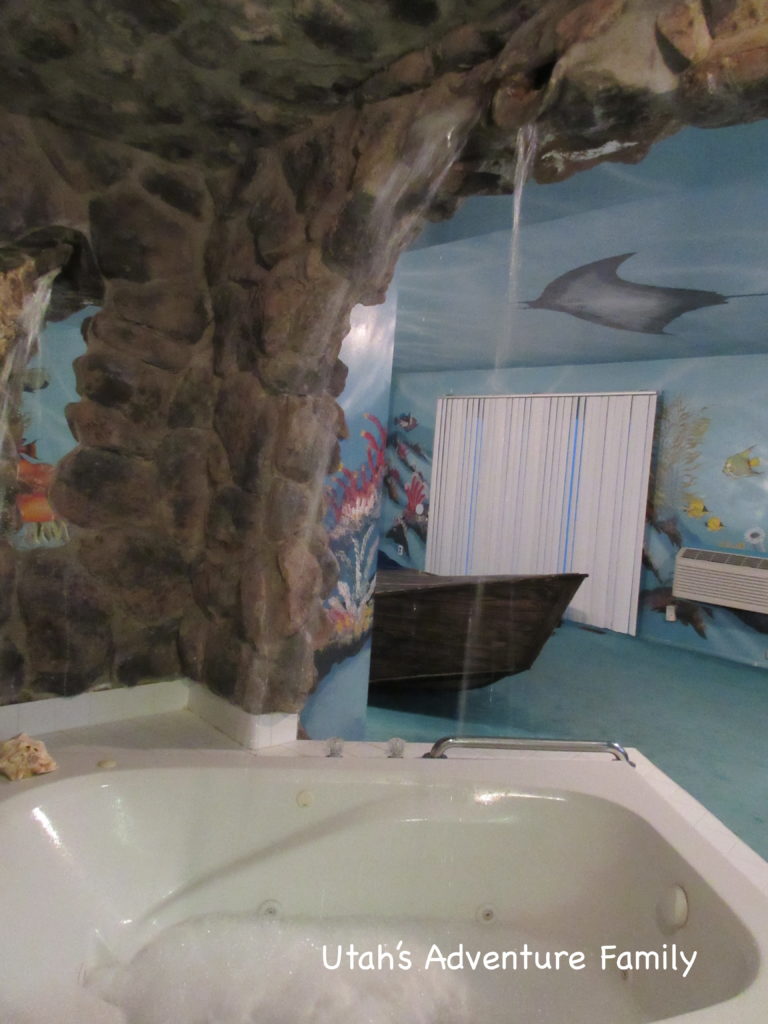 The water for the tub came from up above which was fun and made a watery mess everywhere.