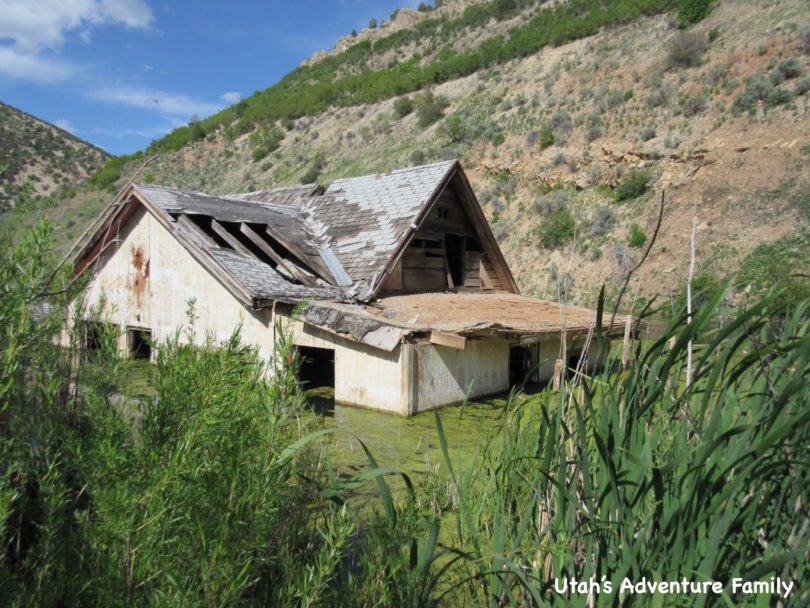 In 1983 when I was just little, I remember the news being full of stories about a natural disaster in Spanish Fork Canyon. A massive landslide dammed the entire Spanish Fork River, and the water started to back up behind it.

Homes were evacuated from the tiny town of Thistle as the water levels begin to rise. Most families had only 2 hours to gather what they could and leave the rest behind to the flood. It wasn’t long before the entire city was underwater except for one lone house standing high on a hill. It was nearly a year before the highway was reopened, and when it did, the entire community of Thistle was gone. Only a few houses and their foundations remain. 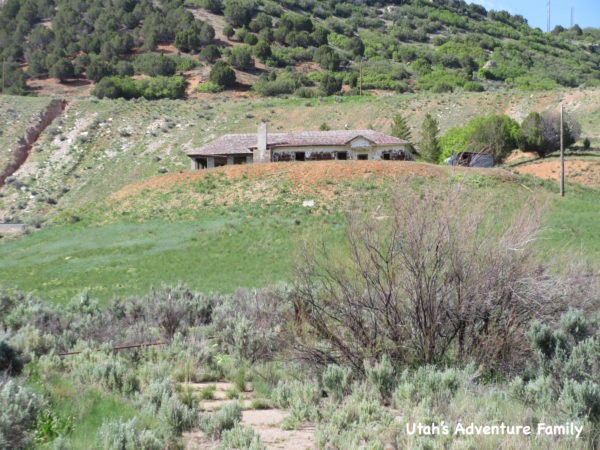 This is the one house that didn’t go under water.

We’ve visited old ghost towns from the 1800s in Grafton and Sego, towns that went bust after mining booms, but Thistle is a town I remember driving through as a child. Over the years, I’ve seen the few remaining structures crumble into oblivion. 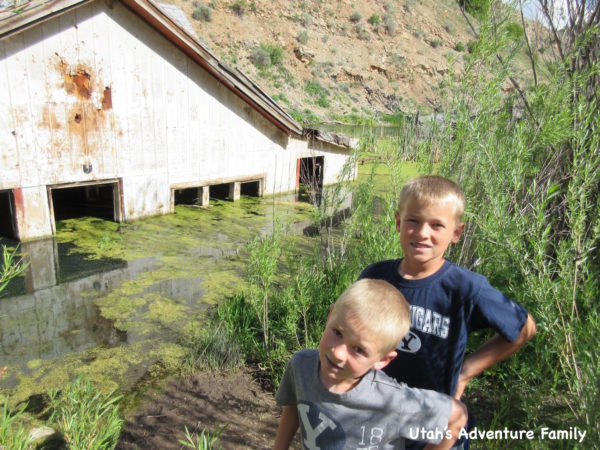 We pulled over and walked to the edge of the water to check out the old buildings–many that still are in the water. 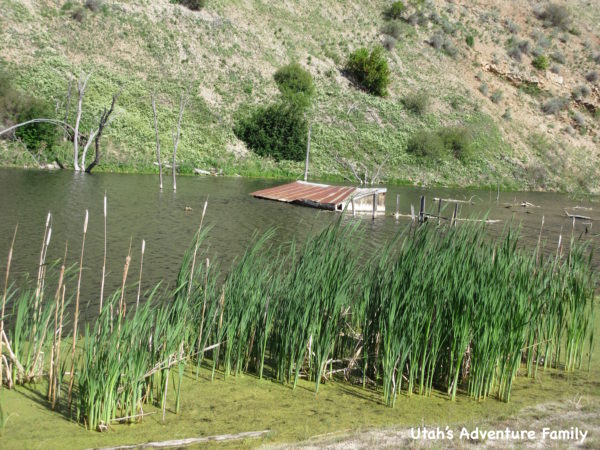 This one is even further under the water.

We decided to stop at Thistle and see what was left on a recent trip to Sanpete Valley. Many of the surviving structures are partially under swampy water, so you can’t explore except at a distance. Still, if you’re coming up Highway 6, Thistle is worth a brief stop and look around. Especially if you’re old enough to remember the town when it was a town. You can also check out these other Ghost Towns throughout Utah. 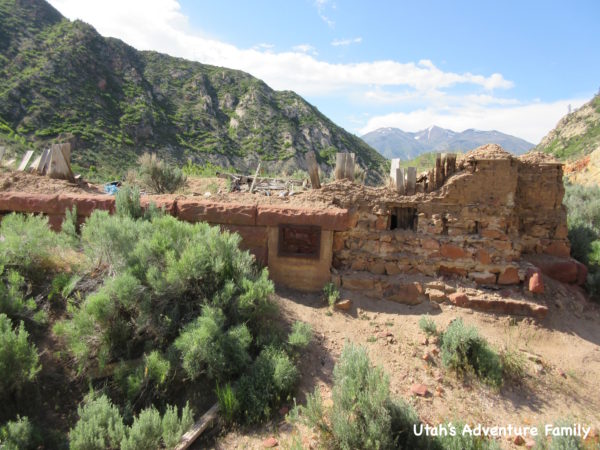 These buildings aren’t under the water, but they are slowly crumbling away. 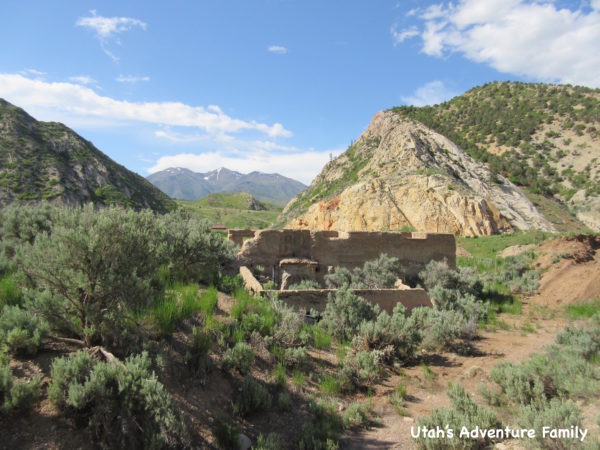 Thistle really is in a beautiful location. 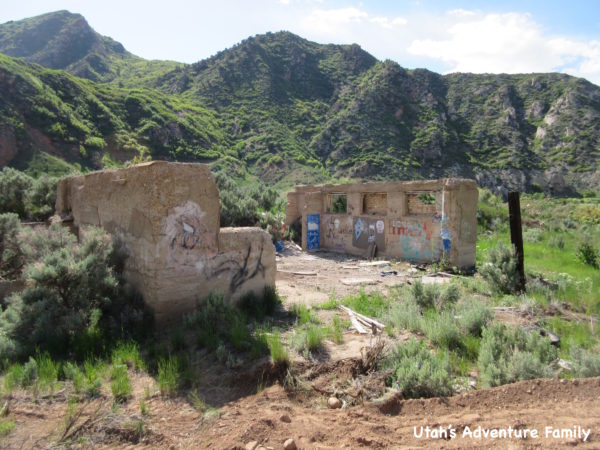 There are a bunch of buildings to see right by the road.