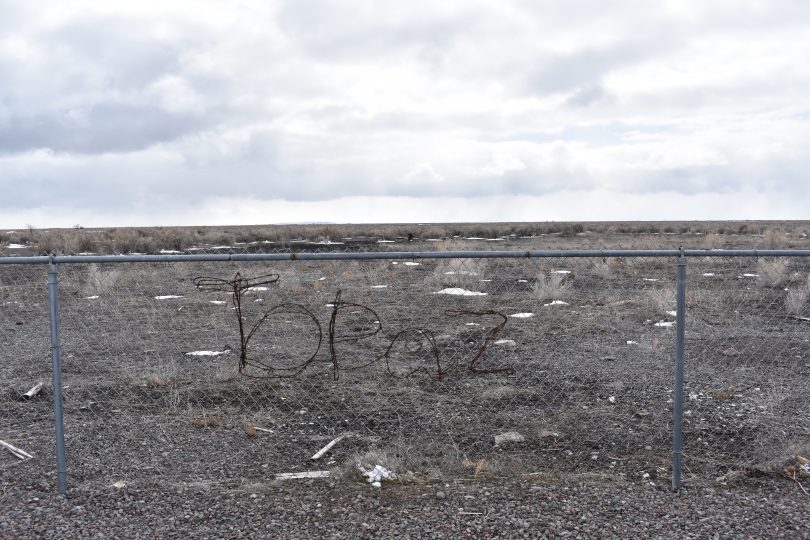 Topaz Museum located in Delta commemorates one of the sadder chapters in United States History. This site tells the story of Japanese-Americans who were imprisoned in a desert concentration camp for no reason other than their Japanese heritage. The museum does a great job of telling the story, and admission is free.

Topaz Museum is located right next door to the Great Basin Museum at 55 W. Main Street in Delta. It has interactive displays and a lot of stories of the prisoners who lived there from 1942-1945. There is also a rebuilt barracks with many artifacts including clothing, cots, and baseball gear, which happened to be a favorite pastime of the inmates.

Visiting Topaz museum was a little emotional because of the content of some of the stories. One plaque tells about the Japanese American mothers who were interned at Topaz despite their sons serving in the United States Military. Many pictures of families who were forced to walk away from their lives due to racial fear and prejudice decorate the walls. There is even a list of babies born in the camp.

Behind the museum there is part of a recreation hall from the actual Topaz site. Half of the hall was ruined, so that has been rebuilt to show how the prisoners lived. This would be where the prisoners gathered to be together and do different activities together. Shockingly, nearly 10,000 people lived at Topaz in a one square mile internment camp.

After visiting the museum, we decided to drive to the actual site of Topaz Relocation Center Camp. It is about a 20 minute drive north of Delta, so make sure to pick up a map at the museum. There are some dirt roads, but they are easy to travel in a car.

There is a small memorial outside the camp. You are also allowed to drive through on the dirt roads. Narrow roadways wind in and out of the barracks. There isn’t a lot left to see, it is mostly sagebrush and empty fields. We did spot many crumbling foundations, old metal, and a part of the old baseball field. It is difficult to believe that in 1944 this was Utah’s fifth largest city.

We recommend traveling to Delta for Topaz Museum and camp. It isn’t a pleasant piece of history, but a necessary one. We have many other interesting things to do around Delta while you’re there!