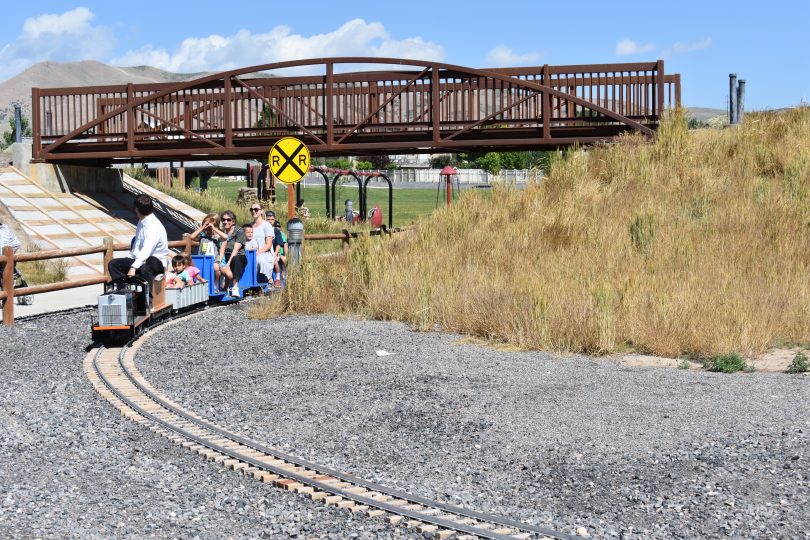 We love playing at Shay Park in Saratoga Springs, or the train park, as my kids call it. The playground is shaped like a train and has a lot of fun places to play. There is now a train that you can ride at this park making it officially train central. You will want to check out the train rides at Shay Park. 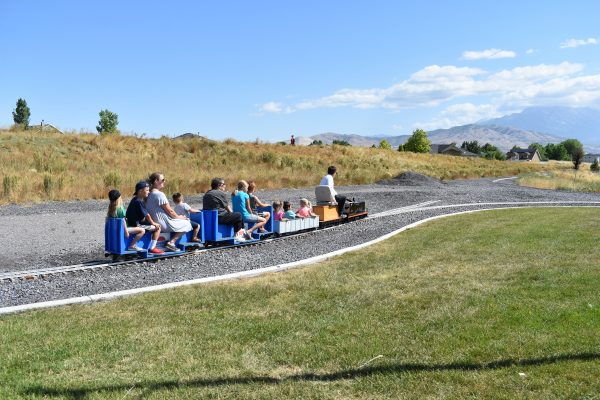 It is just a small train, but it is still fun!

Volunteers helped lay the track around the park, and the Utah Live Steamers bring their trains out on 3rd Saturdays from May to September for everyone to ride. The rides are free, although they ask for donations. We highly encourage a few dollars of donation to help them maintain their trains and track. 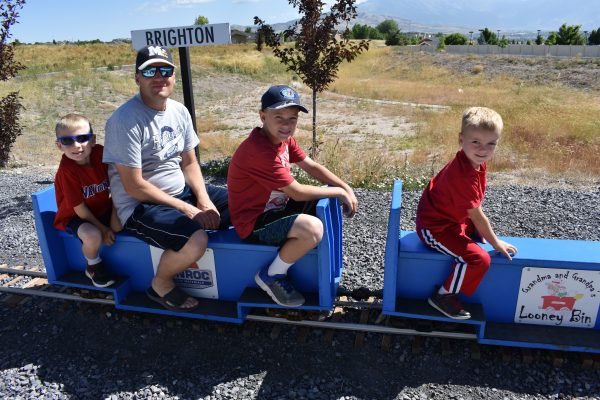 We were so excited to ride the train!

The train ride makes a big loop around the field, and then passes the park. So if you are playing at the park, you can watch the train drive by. The train then goes under the small bridge and ends back at the starting point. The ride isn’t super long, but the kids don’t care. They love the chance to take a ride on the train. 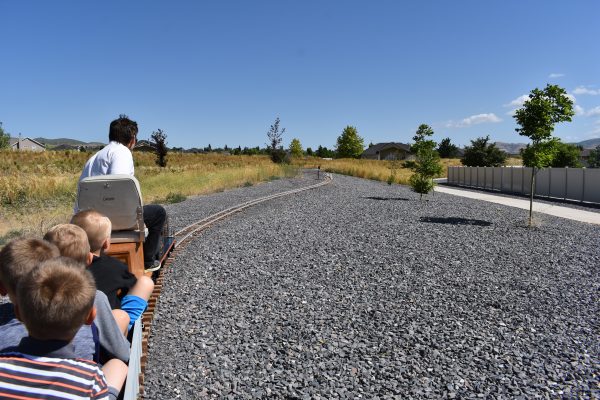 The ride follows a loop track around the park. 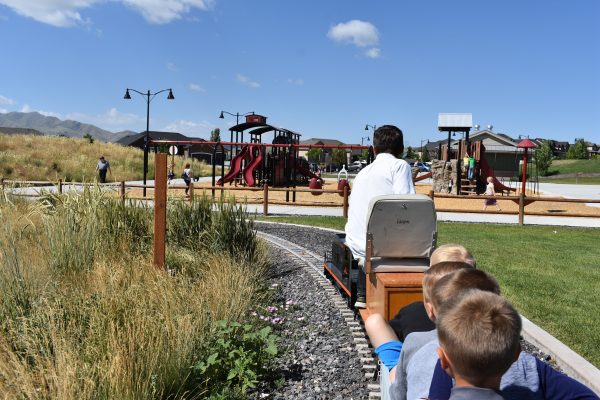 Toward the end of the ride, you pass the playground. 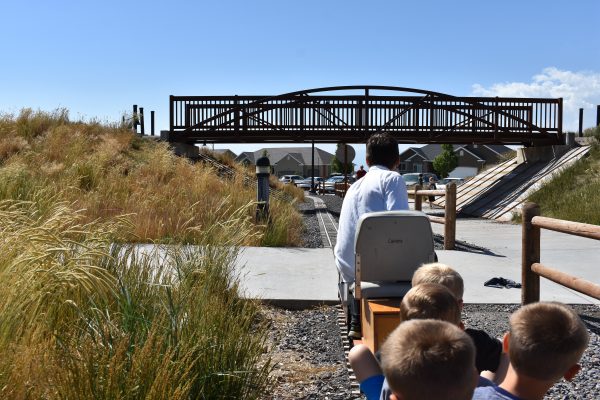 Then the ride goes under the bridge and back to where it began.

The train rides at Shay Park are fun. There was a line because the small train isn’t very big, so be prepared to wait. Luckily the park is nearby for a distraction. 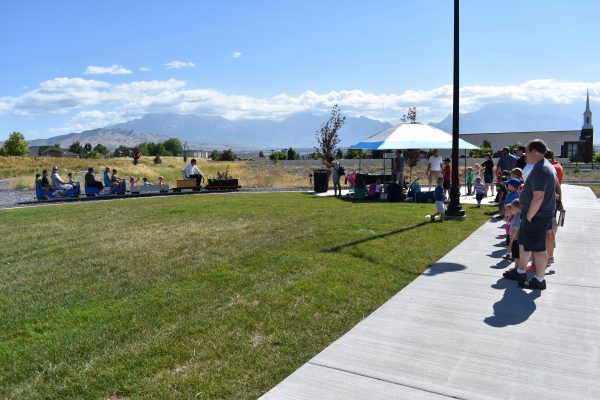 The train ride begins to the east of the playground. Look for the small train and shade cover.

If you have a train lover, you will want to take advantage of the free train rides at Shay Park. They run the trains from 10-1 on the 3rd Saturdays of the month between May and September. The Utah Live Steamers are still adding to their track, and hope to add another small section soon. You can follow them on Facebook for updates on the track, and for info on the dates they will be driving their trains. 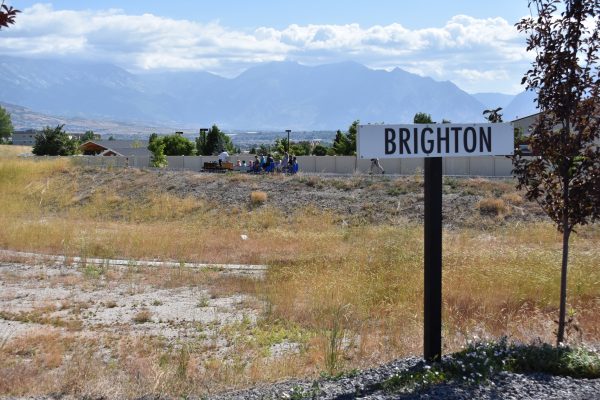 The views of the Utah Valley are pretty from this park, too!