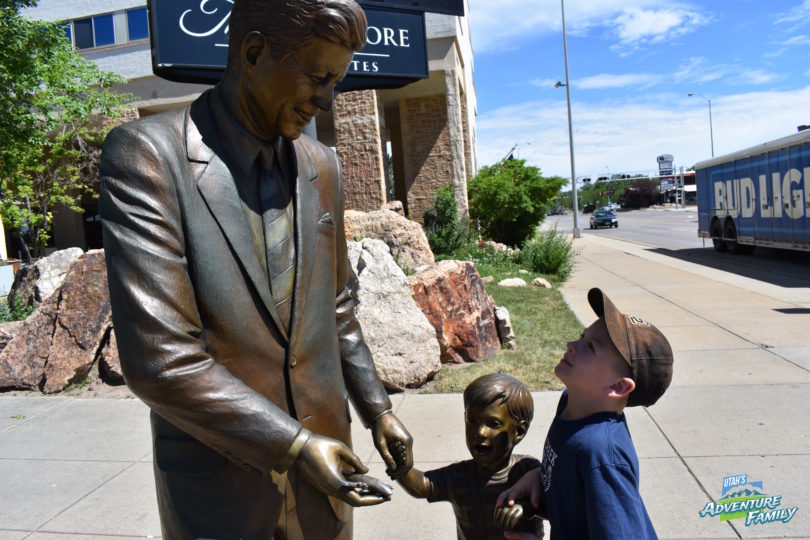 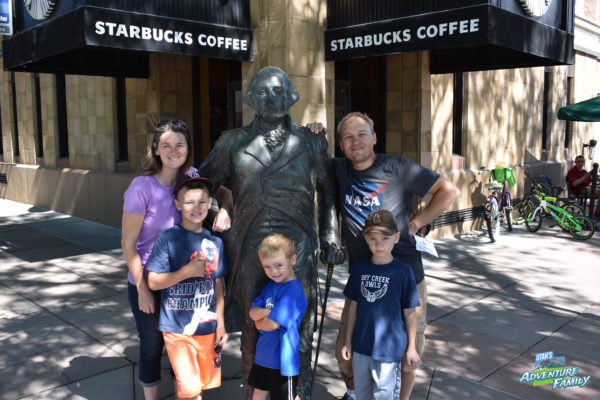 George Washington on the Walk of Presidents.

The Walk of Presidents in Rapid City, South Dakota is a pretty cool way to spend a morning. We really liked this urban hike because there was so much to see. A few years ago a businessman in Rapid City decided that since his town is so close to Mount Rushmore, that it would be a great idea to put a statue of every US President in the downtown area. He started a non-profit and began accepting donations for the statues. Now all of the presidents stand on the streets of Rapid City, South Dakota (at this writing Barack Obama’s statue is due in the fall of ’17). 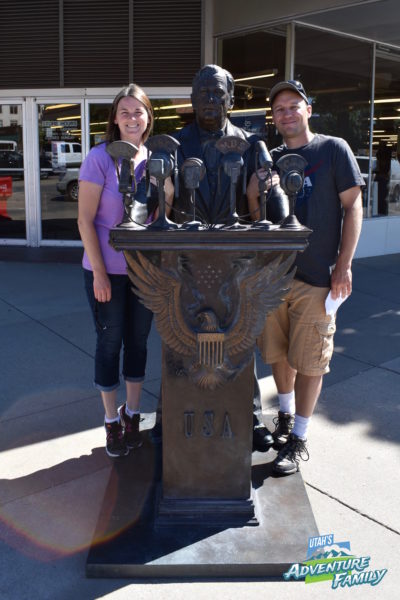 The best place to start this tour is at a small Visitor’s Center located at the intersection of 7th and Main in downtown Rapid City. They have presidential sodas and ice cream for your walk as well as maps of where each president is located. They also have a challenge for the kids. They’ll give you a special paper with small pictures taken of close up parts of each president, and if you can identify them and write the president you found them on, you can earn a small prize. 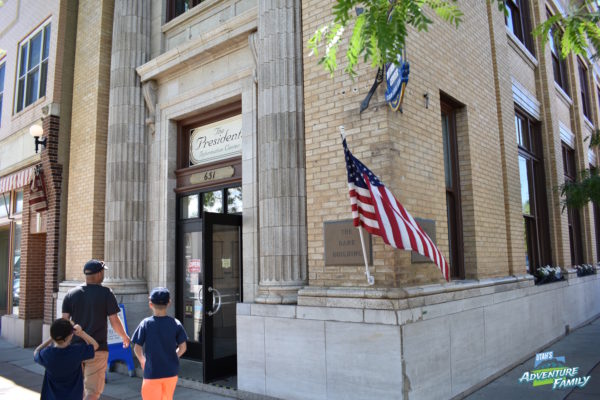 This is the information center. You will want to start here. 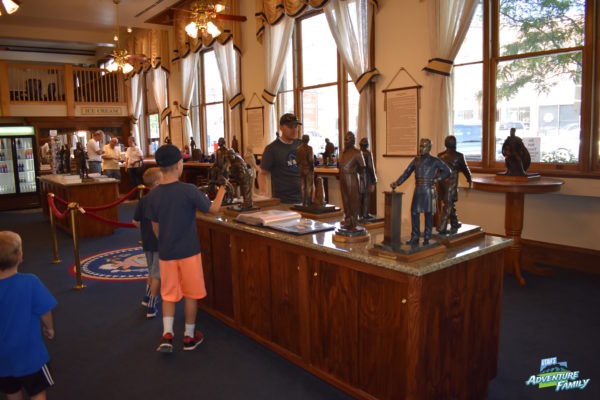 There are small statues of the presidents as well as other small gifts to purchase. 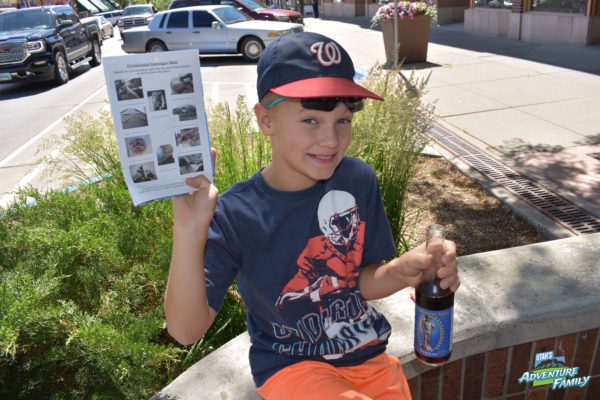 We picked up this scavenger hunt and our boys loved looking for the hidden items on the statues.

From the Visitor’s Center, you’ll walk a little over a mile, but the distance varies depending on how much you’re willing to cross the street. (Would you cross the street twice to see a bronze statue of Franklin Pierce?) But the statues are pretty well packed together, and the walk is very easy. 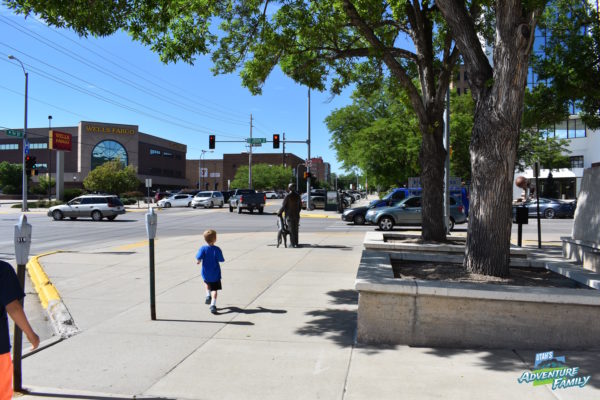 It was so fun to walk down the street and see the statues. 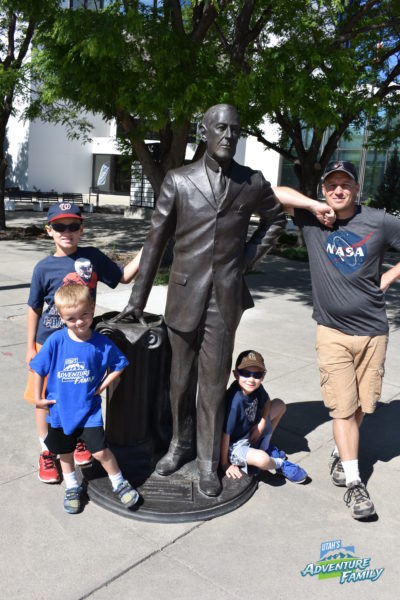 Our boys wanted to take pictures by every president. This is Woodrow Wilson. 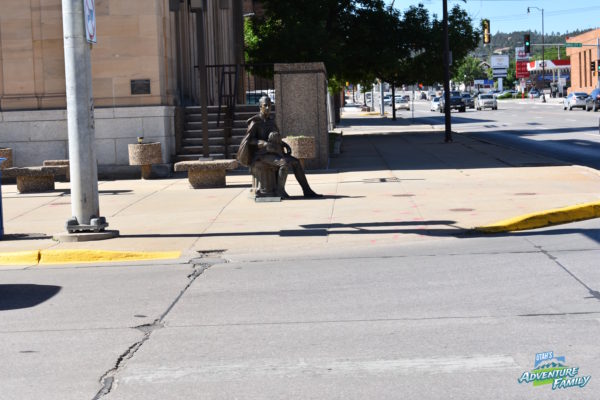 Sometimes we looked across the street at the statues instead of crossing back and forth.

The statues are made of bronze and are actual size. At least it seemed this way, because James Madison was only about 5’4”, which is his actual height. The thing that made this hike really interesting is seeing how each President was posed. Abraham Lincoln was sitting on a bench with his son Tad at his knee. Franklin Roosevelt was standing behind a podium of microphones giving a fireside chat. Harry Truman was jubilantly holding up the errant newspaper that proclaimed “Dewey Defeats Truman.” It was fun to see each president and their unique pose. 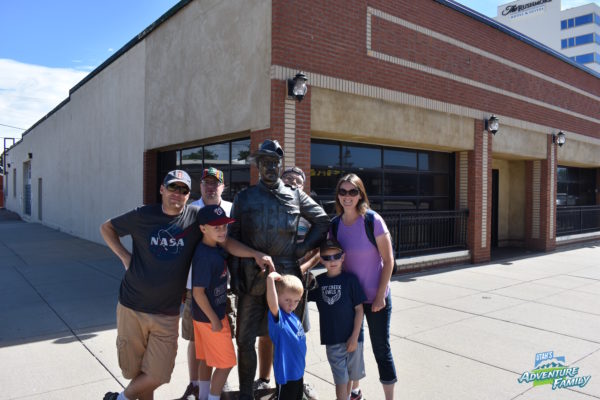 We are grateful to Teddy Rosevelt for all of the National Parks. 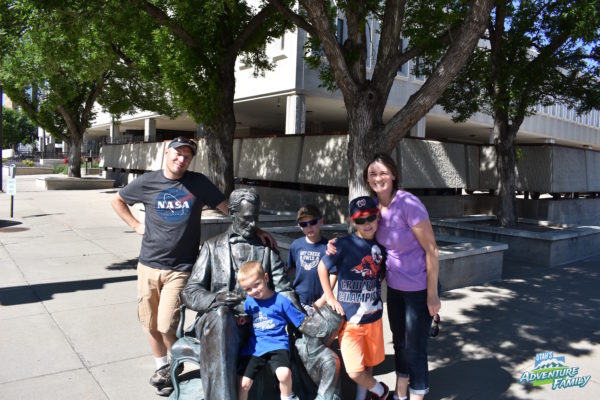 Abraham Lincoln is a favorite of most people. 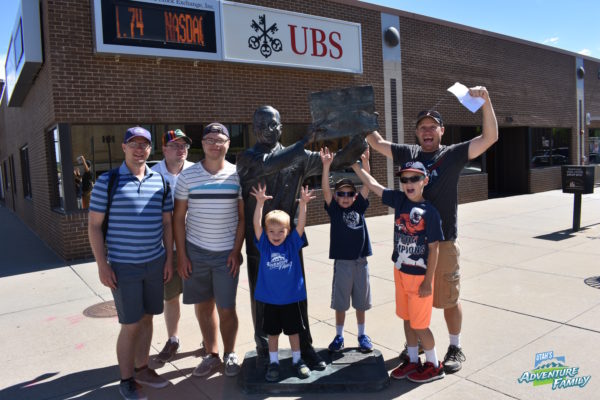 Some of our poses copied the statues! 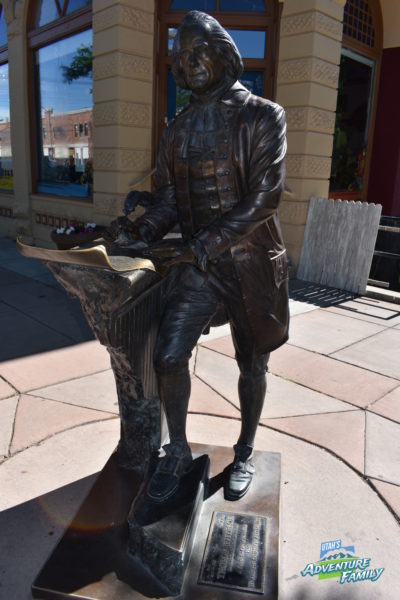 Every statue is a little bit different. Thomas Jefferson is signing the Declaration of Independence. 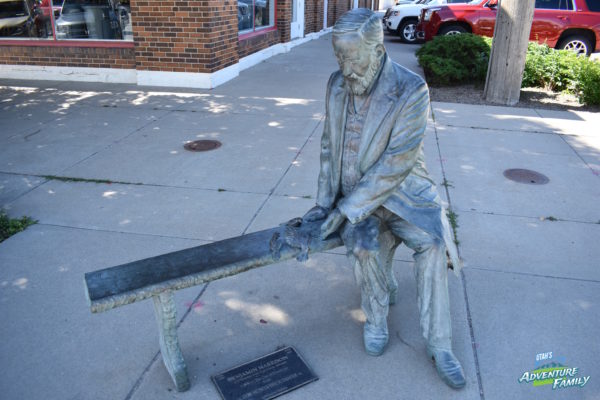 There are so many unique statues. This is Benjamin Harrison. 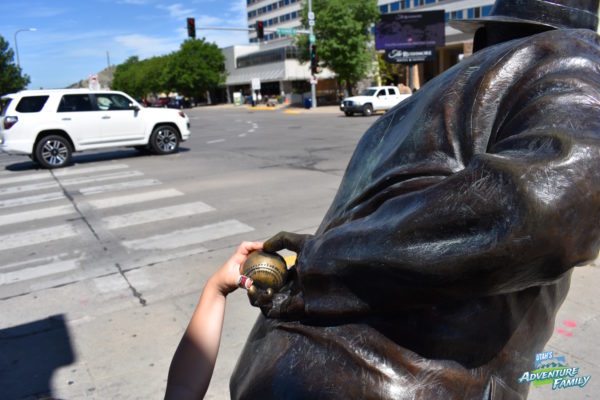 This baseball was one of the items on the scavenger hunt.

We are also history buffs, so sometimes Dad would say things like: “This next President was a famous movie actor and the Governor of California.” Then the kids would make guesses as we approached the statue. (There might be a cheat sheet for this at the Visitor’s Center, but they were out when we were there.) 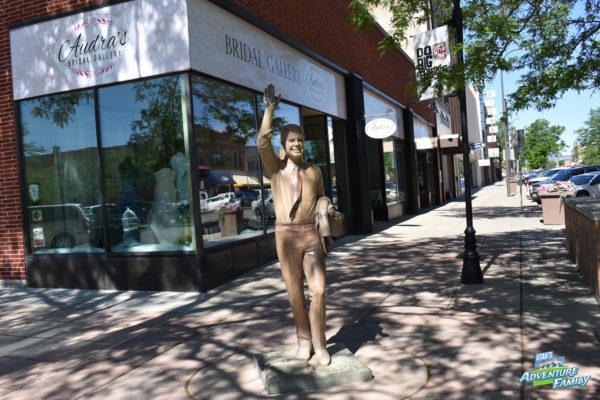 It is also fun to walk through downtown Rapid City as you check out all the presidents. 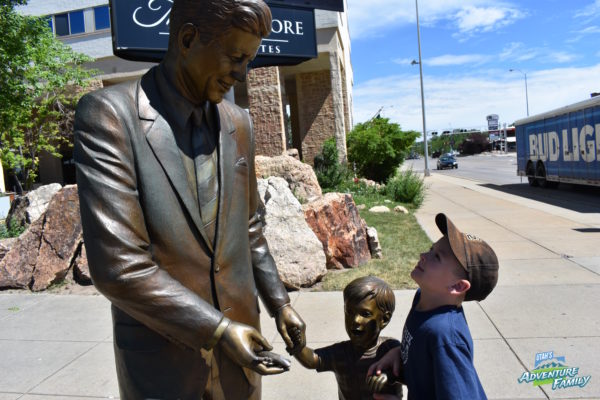 Our boys love learning about the presidents, and they all admire JFK. 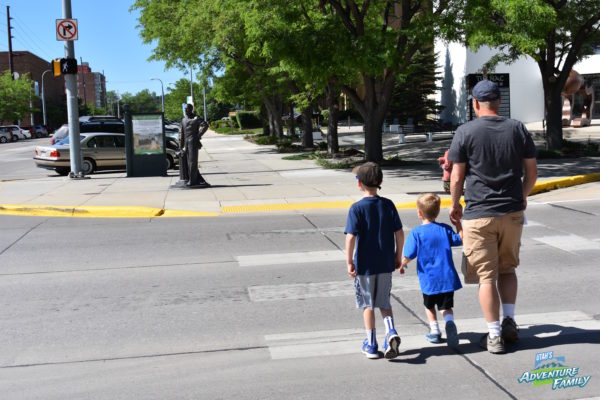 The presidents sit on most corners, so you will need to walk across streets, but they are all safe crossings. 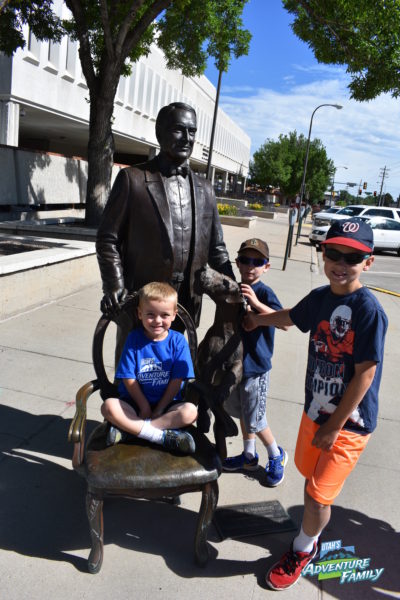 It was fun to sit in chairs, or benches next to the president statues.

This was the perfect activity for us: Outdoors, educational, and FREE! Plan a few hours in Rapid City to check out the Walk of Presidents.