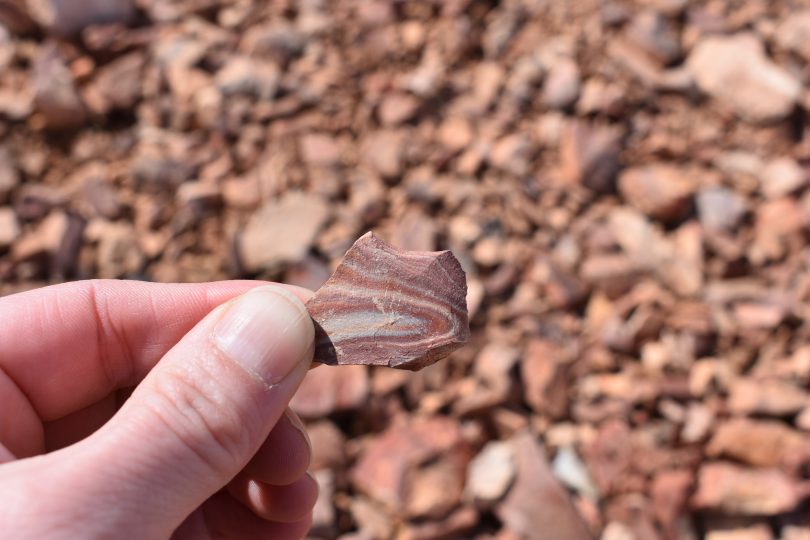 We aren’t big rock collectors. In fact, we have tried really hard to keep our boys from collecting anything from nature, but to leave it as they found it. However, we make a few exceptions, like the Dugway Geode beds and the Wonderstone Quarry, both located in Utah’s West Desert.

The Wonderstone Quarry is a few miles south of Vernon. It is a small open quarry, but does receive a lot of visitors. We told our boys that they could each take their three favorite pieces away, but other people had buckets of wonderstone that they were harvesting. Again, we do our best to leave things so that others can enjoy them.

Wonderstone is beautiful. It is layered red and white stone that has many rings that are highly contrasted. I’m not sure why anyone would like a lot of it, but a few small stones do look nice. Our boys mostly enjoyed looking at all the different wonderstone rocks. It was exciting to find a prettier piece than your last one!

Wonderstone Quarry is south of Tooele. These are the directions from Tooele. We used Google Maps and typed it right in and found our way.